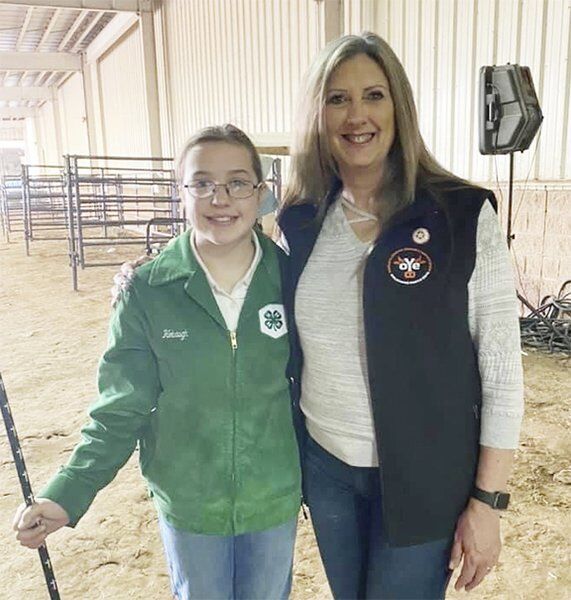 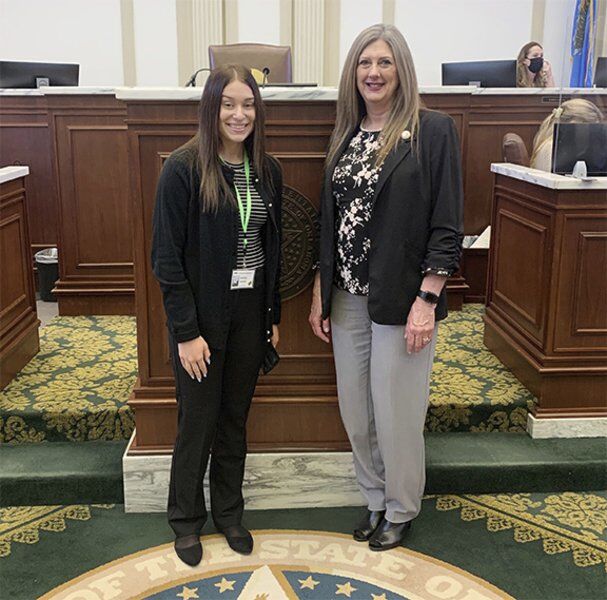 State Rep. Cynthia Roe and Emma Owen of Maysville, who recently served as a House page, pose on the floor of the Oklahoma House of Representatives.

State Rep. Cynthia Roe and Emma Owen of Maysville, who recently served as a House page, pose on the floor of the Oklahoma House of Representatives.

One of my greatest joys as a legislator is working with the many young people I have the privilege of meeting through this role.

Two weeks ago, many lawmakers took part in the Oklahoma Youth Expo show. This show has been going on for nearly a century and brings youth from all parts of the state to Oklahoma City to compete with livestock they’ve raised.

Today, OYE is recognized as the largest youth event in Oklahoma and is touted as the world’s largest junior livestock show. The show brings 7,000 exhibitors along with their educators and families from each of Oklahoma’s 77 counties.

Last year’s OYE show was cut short because of the pandemic, so it was great to be back again this year.

This year, Oklahoma 4-H and FFA members awarded $1.25 million at the Sale of Champions and $300,000 in academic scholarships to seniors for their excellence in the classroom and show ring.

Legislators are often partnered with a student to show their animal in the annual Legislative and Celebrity Showmanship event. This year, I was partnered with Jessica Hobaugh, a fifth grader from Kay County, who showed a calf.

Jessica was a brilliant young woman who took great pride in her work, and it was an honor to work with her.

My office also recently had a high school student, Emma Owen from Maysville, serving as a page from March 22 through March 25.

She is a senior at Maysville High School and plans to attend the University of Oklahoma and join their physical therapy program.

Emma is involved in FFA as an officer, basketball, and cheer as an all-American cheerleader. She also helps with the Maysville Youth Association cheer.

She also made numerous masks during the pandemic, which she helped distribute to local hospitals, nursing homes and anyone else who needed masks.

With students like Emma and Jessica preparing to lead our state someday, Oklahoma’s future is very bright!

(Rep. Cynthia Roe, a Republican, represents District 42 in the Oklahoma House of Representatives, which includes Garvin and McClain counties.)

Lt. Col. (Retired) Alva LaDon (Don) Fincher was born February 20, 1946 in Pauls Valley, Oklahoma as an only child to Alva Clatice (Hoot) and Thelma Lorene (Betty) Fincher. He passed this life on March 25, 2021 in Ardmore, Oklahoma.

Victor Paul Mays of Norman passed away Monday, March 22, 2021 in Norman with family by his side. He was 81 years of age. Victor was born on Thursday, January 16, 1940 in Pauls Valley to William Paul and Joy (Corby) Mays of Pauls Valley.

Joan (JoAnn) Benito Blackburn McGregor passed away peacefully in Houston, Texas on March 28, 2021, at the age of 90.