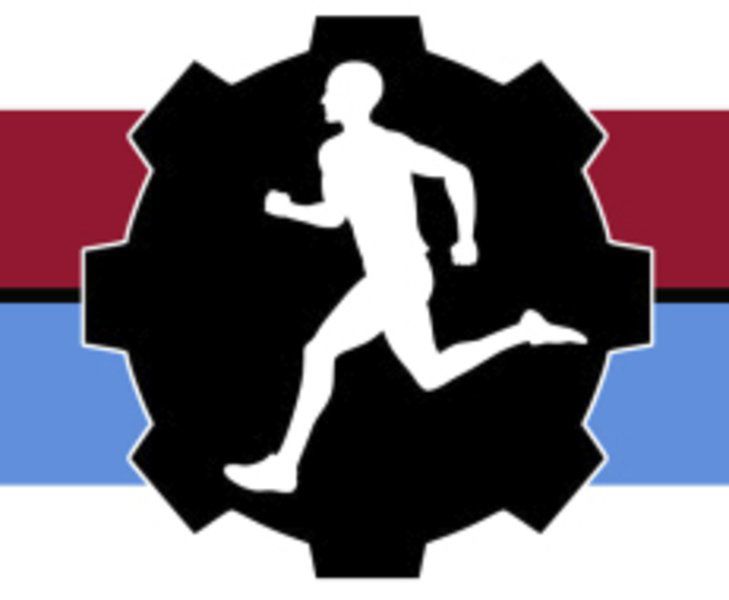 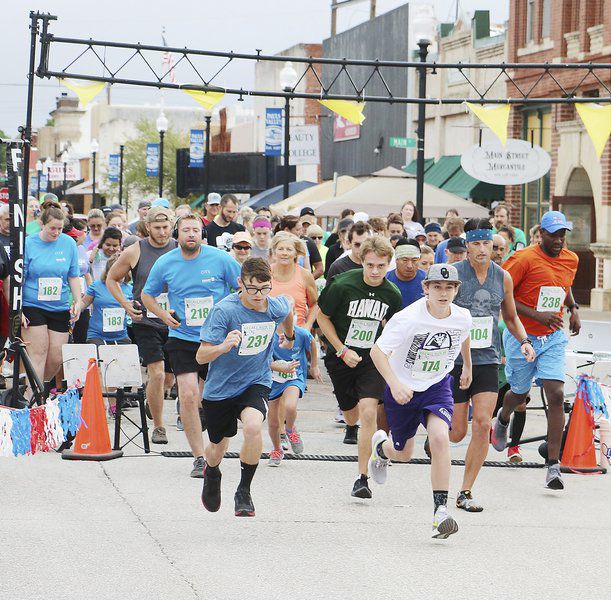 This was the scene at the starting line for last year's Recall Run in Pauls Valley. The next one will start at 8:30 a.m. Saturday, Sept. 7 in Wacker Park. (PV Democrat photo)

This was the scene at the starting line for last year's Recall Run in Pauls Valley. The next one will start at 8:30 a.m. Saturday, Sept. 7 in Wacker Park. (PV Democrat photo)

Brains and brawn will again team up at the starting line for a different kind of 5K run returning to Pauls Valley this weekend.

It’s called the Recall Run as both runners and walkers, sometimes in the form of families with baby strollers, will again roam the streets of Pauls Valley as the fourth year of the event arrives Saturday, Sept. 7.

Something brand new this time around is the run is making a move from the downtown area to a route starting and finishing in the local Wacker Park.

“This will be a shaded route and it’s more scenic,” said event organizer Mike Dyson.

“The old course had some dangerous intersections. So, this new course will be a safer route, have better scenery and it will be shaded.”

Dyson is quick to stress the Recall Run has grown every year with the number of participants going up each of the first three runs around the block.

During those first three years the run has attracted participants from Texas, Arkansas, Oregon and from all over the state of Oklahoma.

Last year there were just over 140 participants as Dyson is hoping for even more this time around.

“I think its uniqueness, as well as the cause, has been the reason for its success,” he said.

The unique part of the run is participants are not only timed but are also asked to recall the images and words displayed on the run’s route. Both factors are used to determine the winners.

A pretty big second part is the local Recall Run is described as a “race for Alzheimer’s prevention.”

What that means is a portion of the proceeds from the race will be donated to the Oklahoma chapter of the Alzheimer’s Association. Last year $1,500 was donated after the event.

Another part of the run is it welcomes both runners looking for fast times and those who would rather take a more leisurely pace by just walking.

“The race is a lot of fun,” Dyson adds. “It’s for both serious runners and those looking to stay active.

“It’s all about jogging your memory with mental and physical exercise as you age.

“The real idea here is to come out and have some fun, exercise and help a good cause.”

The race is scheduled to begin at 8:30 a.m. Saturday at Wacker Park. Early packet pick-up is on Friday, Sept. 6 at the Reynolds Recreation Center. Go check out Recall Run online to find out more.

Catherine "Cathy" (Peel) Perkins of Pauls Valley passed away February 14, 2020 in Pauls Valley, Oklahoma at the age of 54. Cathy Peel was born November 29, 1965 in New Iberia, LA. She married Jeff Perkins in 1989 in Pauls Valley. Cathy was preceded in death by her parents, Mary Ann and Rober…