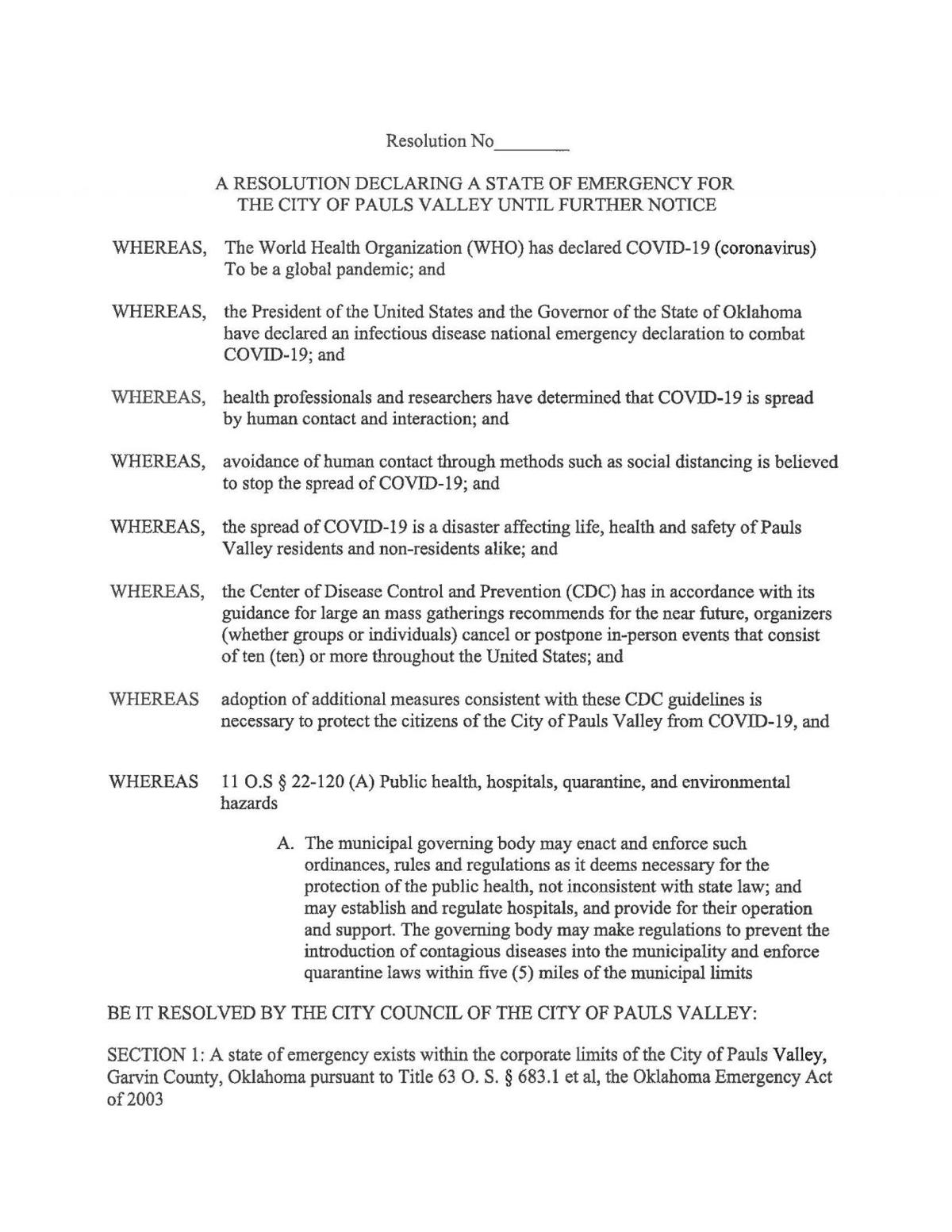 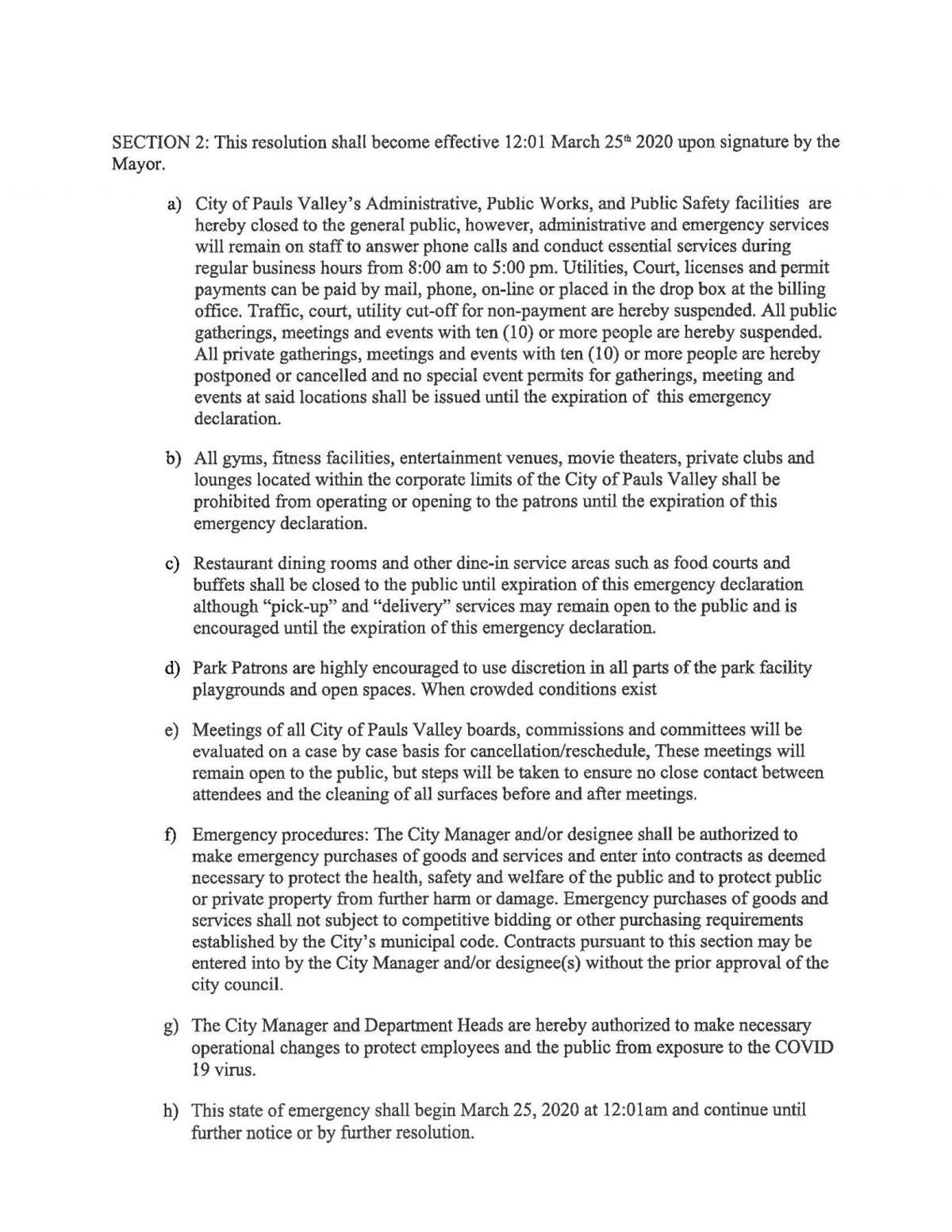 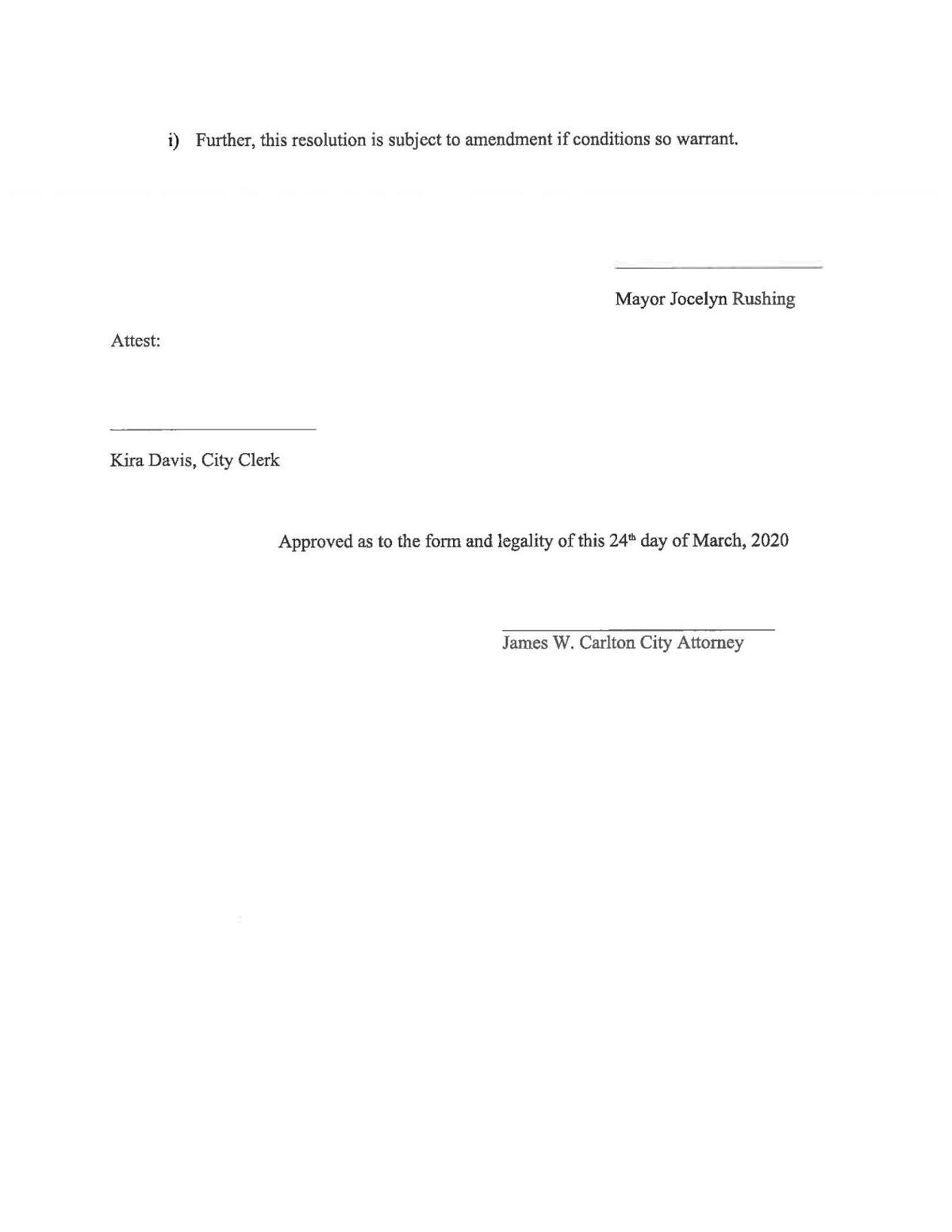 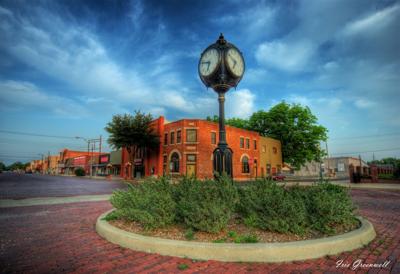 The meeting was casual, closed to the public and all Pauls Valley city officials present kept their social distance as they passed a measure this week making some “suggestions” for local residents and businesses during this unprecedented time with the coronavirus outbreak.

What the four members of the PV City Council approved was a resolution declaring an official state of emergency for the city.

The measure is not meant to close local businesses because of COVID-19, but instead offers some safety suggestions during this worldwide pandemic.

He's quick to add all the things listed in the resolution are based on the guidelines set by the World Health Organization (WHO) and the Center of Disease Control and Prevention (CDC).

“We want people to know this resolution is not the force of law,” Frizell said.

“We're not creating a resolution to start going out and policing people. We're just make suggestions about what to do in these times with the virus.

“It doesn't infringe on anybody's rights or responsibilities. We're not going to arrest anybody for being open. These are just suggestions. There's no actual teeth in this.”

Both Frizell and City Attorney Jay Carlton reminded the council the only way to make that happen is with a new city ordinance, which was not addressed at the meeting.

With the coronavirus declared a global pandemic the new PV resolution is asking local residents to do their part in limiting their contact and interaction with others, follow good hygiene practices like lots of hand-washing and pay attention to social distancing when around others.

During this time the city's administrative, public works and public safety facilities are closed to the public, although administrative and emergency services will have staff answering phones and conducting essential services.

Utilities, court, licenses and permit payments can be paid by mail, phone, online or placed in a drop box at the city's billing office. Traffic, court, utility cutoff for non-payment are now suspended.

Also suspended are all public gatherings with 10 or more people.

With gyms and movie theaters closed the resolution indicates restaurants' dine-in areas should be closed, while “pick-up” and “delivery” food services are encouraged.

The competitive bidding process has been suspended as city officials are now authorized to make emergency purchases related to public safety.

As for the city of Pauls Valley, Frizell says its financial status is OK right now, but that will change if the massive impacts from the virus continues for a lengthy time.

“The city is doing OK right now but we won't be in the next month or two. We've got to be prepared for what's coming next – not now, not tomorrow but two months from now.”

He says the city is going to have to “minimize” spending, which could include some mandatory unpaid days off for all city employees.