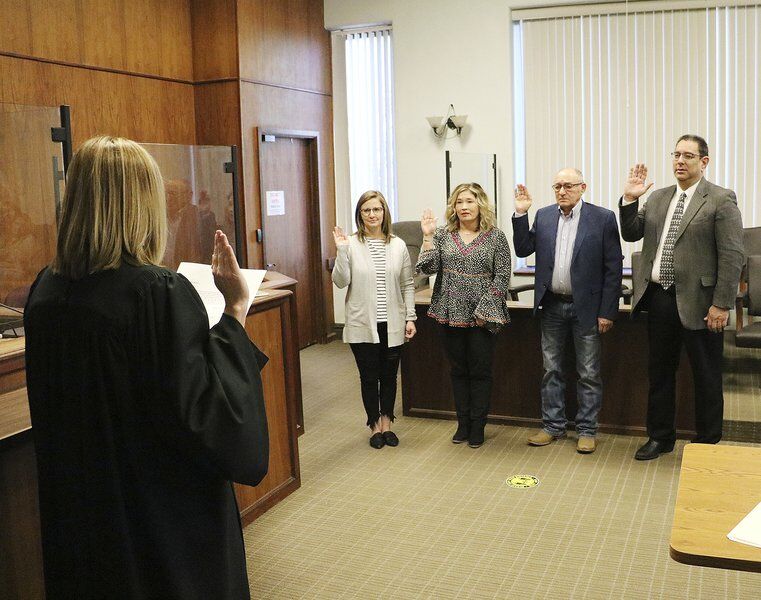 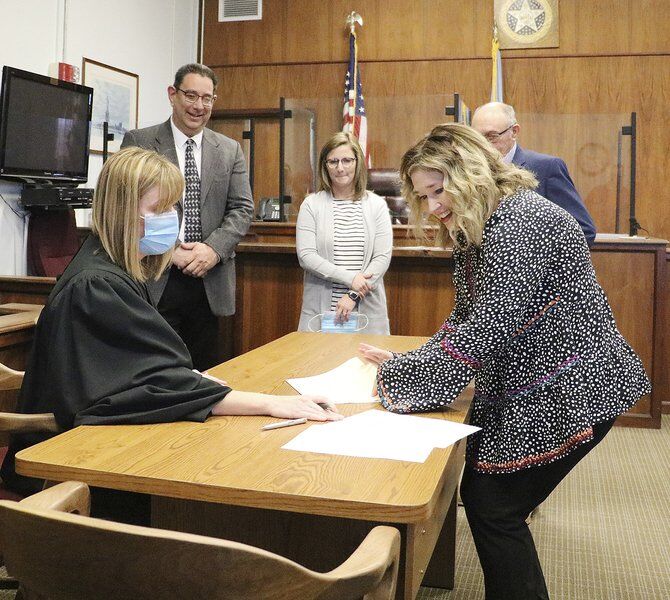 Four of Garvin County's elected officers stood together to glimpse into that next chapter as each one was formally sworn into new terms of office this week.

Both Fulks and Lee won new terms unopposed, while Ayres claimed a win over one opponent just weeks ago in November's general election.

As for Mullett, who was sworn into the office in July 2019 to replace Larry Rhodes, he defeated three opponents last summer to secure his first full term as Garvin County's sheriff.

Although he's worked in the sheriff's office for many years, where he started as a jailer and reserve deputy working his way up, Mullett says he's always thought the job of sheriff would be a good match for him.

“Actually it has been goal to be sheriff because I love this community and want to serve it,” Mullett said moments after the ceremony with the oath and loyalty agreements.

“I've got some important ideas and will continue to work hard to make this office great. We need to continue to be professionals and work to serve the community.”

Mullett's first calendar year in office was without question a challenging one as 2020 turned out to be a tough one for everyone because of the ongoing COVID-19 pandemic.

The sheriff and many from his staff did test positive for the virus at one time, while the challenges were a daily thing when it came to operating the county jail during a pandemic.

“I think we've accomplished a lot in the first year even with COVID and a remodel,” Mullett said, also referring to an ongoing renovation project in the courthouse that when finished will provide more office space for the sheriff's department.

“Our office went through COVID and we still maintained service 24-7. The jail had a couple of positive cases and we dealt with that. We've had to overcomes so much but continue to serve the county.

“There have been a lot of challenges, but we feel we did our best with COVID and beat the obstacles.”

After this week's oath of office ceremony the other officers agreed the real goal for 2021 is to have a year filled with less COVID-related obstacles.

“I hope this will be a better year for all of us,” Ayres said as Lee nodded in agreement.