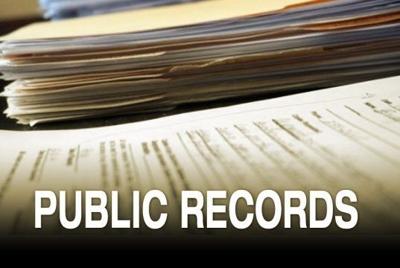 Levi Leb Chambless, 30, and Kylene Dawn Higgins, 30, both of Wynnewood.

Christopher Shawn Allen, 34, and Garnette Daniella Fischer, 35, both of Stratford.

Ralph Albert Eytchison, 42, and Lacy Rae Parker, 32, both of Washington.

Joseph Lewis Simmons, driving a motor vehicle while under the influence of drugs.

James Delbert Morrison of Pauls Valley passed away October 25, 2020 in Pauls Valley, Oklahoma at the age of 86 years.

Betty Marie Warren of Keller, Texas, a former resident of Pauls Valley, passed away October 21, 2020 in Ft. Worth, Texas. Memorial services are pending and will be announced at a later date.\

Charles Roland Fryar of Pauls Valley was born September 2, 1933 in Oden, Arkansas to Grover and Anna (Ellison) Fryar. He passed away October 11, 2020 in Norman, Oklahoma at the age of 87 years.

Jerry Ray Suggs, 90, passed away peacefully on Sunday, October 18, 2020 in Chandler, Texas where he lived with his son Jerry Suggs Jr. and his wife Susan. He was born in Pauls Valley, Oklahoma on June 4, 1930 to James Edward and Hattie Suggs.

Graveside funeral services for Johnny DeWayne Morris will be held at 2 p.m. Thursday, October 29, 2020 at the Dougherty Cemetery with Pastor Charles McGregor officiating.