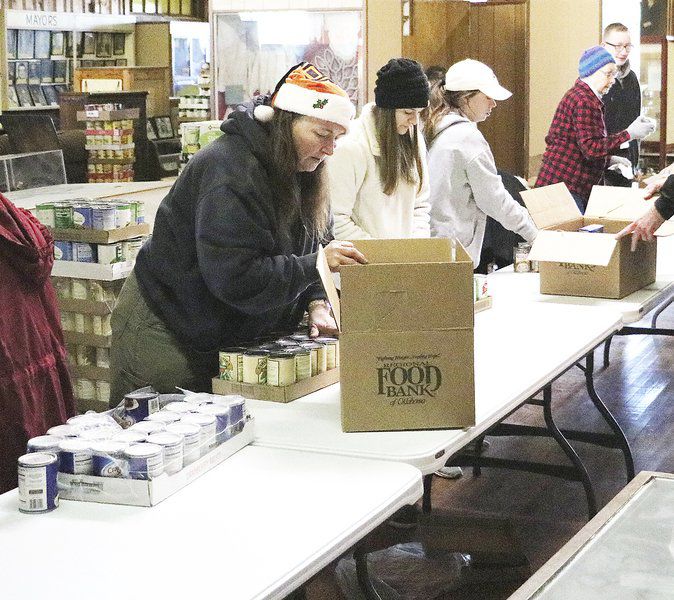 Volunteers for the Pauls Valley Samaritans first worked to prepare food baskets, as shown here, and then to distribute them to local residents in need just before the Christmas holiday. (PV Democrat photo) 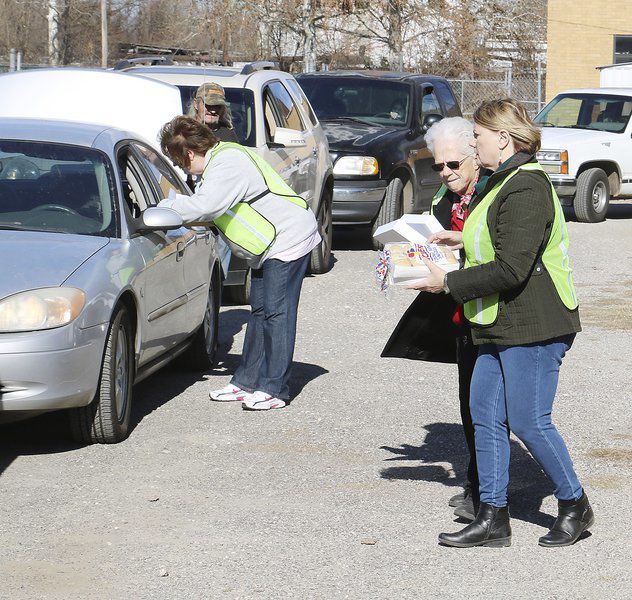 Volunteers for the Pauls Valley Samaritans first worked to prepare food baskets, as shown here, and then to distribute them to local residents in need just before the Christmas holiday. (PV Democrat photo)

It takes a lot of help to help those Pauls Valley area residents needing a little holiday cheer when it comes to making their Christmas dinner happen.

The annual tradition now decades old continued to close out 2019 as the Pauls Valley Samaritans food pantry made holiday baskets available to local residents in need.

Lines of vehicles again circled the Samaritans’ home in Wacker Park as those signing up in advance were taking turns picking up their baskets filled with food needed to feed family and friends over the holiday season.

Helping to get those baskets out were lots of volunteers combining their efforts with others to help make the giving a reality.

Longtime Samaritans leader Lou Hall says the requests for holiday baskets aren’t matching up with the year round help being offered by the local food pantry.

“The demand for the pantry has increased, but the holiday baskets are down,” Hall said while taking a few moments away from the last minute push to get the food distribution done.

Still, there were in the neighborhood of 270 baskets given out as each one had all the fixings for multiple folks to enjoy a Christmas meal or two.

Hall’s reference to the pantry is about how the numbers have gone up the last few years since the Samaritans moved into its current home in the old NYA building on the edge of the local park.

“The requests for help have tripled since 2015,” she said.

“This past October was the biggest month we’ve ever had.”

Bonnie Meisel, one of the many volunteers helping out with the Samaritans’ effort, said the time put in is well worth it when she thinks about all the folks getting a helping hand.

Hall says there are lots of stories about people just thankful to get one of these holiday baskets, along with help throughout the year.

Those stories go back to 1979 when the Samaritans food pantry was first established here.

“It thrills them to death to get food from the pantry,” Hall said.

“One girl cried right there in the kitchen. There was another man I remember who had just lost his job. He was so embarrassed. He said he never had to ask for this before. He had nothing but his last paycheck.

Another memory from the past for Hall is a disabled man on a fixed income who came to the pantry.

“He said you don’t know how important this food is to me. He also said, ‘I hope we get those chocolate cakes we got last year.’ He said the turkey and cake were wonderful.

“This is a big deal for some people in the community. It helps, it really does.”

For many years the Samaritans were able to offer the holiday baskets for both Thanksgiving and Christmas.

Much of the food has to ordered for the baskets, which means limited time between the two holidays. That’s led to the current focus on the holiday effort for Christmas only.