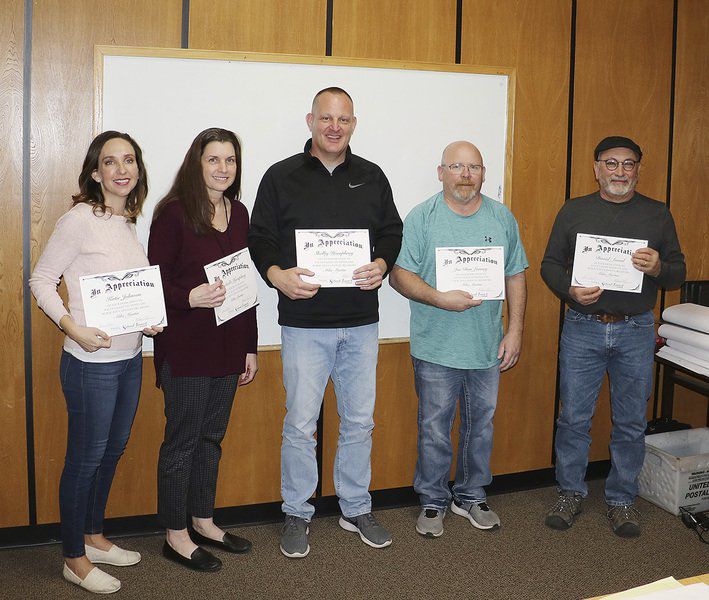 With January being School Board Appreciation Month members of the Pauls Valley Board of Education received certificates during a meeting this week. From left are Katie Johnson, Richelle Humphrey, Shelby Humphrey, Joe Don Looney and David Assad. (PV Democrat photo) 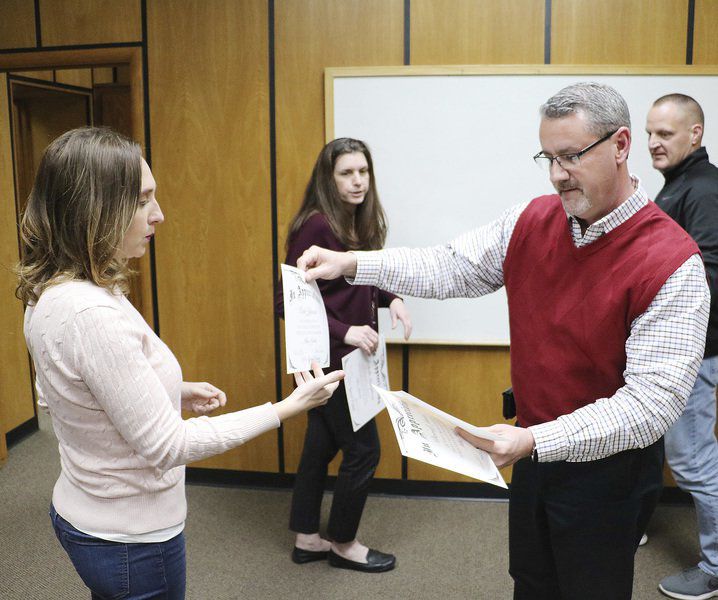 With January being School Board Appreciation Month members of the Pauls Valley Board of Education received certificates during a meeting this week. From left are Katie Johnson, Richelle Humphrey, Shelby Humphrey, Joe Don Looney and David Assad. (PV Democrat photo)

What's in a name? In same cases they're meant to honor a late loved one, like with one small corner of Pauls Valley's new elementary school still under construction.

The idea of honoring some individuals as part of a few school projects already started or on the way in Pauls Valley got the attention of school board members this week.

Their discussion during a regular monthly meeting Jan. 8 did result in a dedication with the naming of the Rita Millard Memorial Library at the future school on the west side of town.

Initially the donation was intended for a reading lab at the school. Instead, all five members of the PV Board of Education decided to name the entire library in Rita's honor.

Board members also discussed other ways to honor local people through the current projects that include a new band building, agriculture education classroom and renovations to the Panther gymnasium, all at the PV High School campus.

“This could be for anyone impacting the Pauls Valley school system,” said Joe Don Looney.

The band and ag projects have already gotten started, while the gym renovations are expected to begin after the current basketball season.

During this week's meeting all of the new grade school on the way also got a brand new name.

The name of the school, which will house students prekindergarten through the third grade when open, is now known simply as Pauls Valley Elementary.

“Pauls Valley Elementary works for now,” said Shelby Humphrey, who is set to soon step down after serving two full terms on the school board. His replacement, Jesse Alvarado, was in attendance at the meeting.

Superintendent Mike Martin made it clear the board could vote to change that name in the future.

“Anytime you five want to sit down and vote for another name you can do that,” Martin said.

All five school board members also gave the go-ahead to hire Tim Johnson as PV's new baseball coach, while David Rodriguez is set to be the baseball assistant.

Martin said Johnson, the son of a Pauls Valley pastor, has been an assistant with the Asher baseball program the last six seasons.

Johnson is expected to serve only as a coach this season with plans to also move him into the classroom as a history teacher in the future.

According to the superintendent, a total of three candidates were interviewed for the head baseball coaching position.