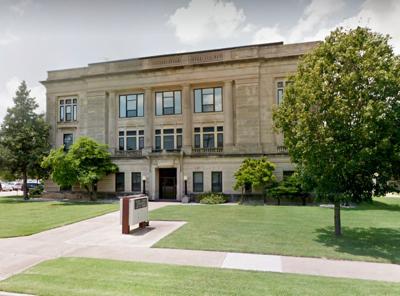 A virus pandemic may have shut down one jury docket in Garvin County's courts but not the next one as plans have already begun to ensure potential jurors are safe when they're at the courthouse.

Like so many other things, the courthouse building in Pauls Valley was virtually closed to in-person activity for a while after the COVID-19 threat arrived in March.

Since then the courthouse has slowly been reopened in phases with officials now getting an early start to be ready for a September jury docket in Garvin County District Court.

Carol Dillingham, assistant district attorney serving as the county commissioners' legal advisor, says the main goal is be prepared to provide a courtroom environment safe from the virus threat as county residents will be contacted about possible jury duty.

Those not comfortable with the potential jury service because of COVID-19 can opt out simply by making a phone call.

“If people get a jury summons don't panic,” she tells the PV Democrat.

“We want to alert jurors that we're taking every precaution. We will do everything we possibly can to keep the public safe during this trial docket.

“It's not just the masks but we will have face shields and plenty of hand sanitizer. During breaks we'll come in and wipe down the courtrooms to sanitize them.”

The temperatures of each potential juror will also be taken when they arrive at the courthouse.

The early planning is in part because the county's jury docket from this past April was essentially postponed in its entirety because of COVID-19.

Since that time other cases have been added to the mix, which means this next docket of scheduled trials will go on in September.

Similar preparations are being made in neighboring McClain County as the courthouse in Purcell is set to host its own trial docket in August. Both counties are part of the same judicial district.

“It's our job to keep government running, give the public access to offices in the courthouse, but we have this thing we call the Constitution, so we need to start moving some of these cases through the courts,” Dillingham adds.

Garvin County's emergency management director, Dave Johnson, believes stockpiling personal protective equipment (PPE) and preparing early for the upcoming trial docket is an absolute must because of the close quarters in a courtroom.

“The big problem is the size of our courtrooms, especially the jury boxes,” Johnson said. “Those boxes are kind of small, and social distancing with jurors is impossible.

“I strongly encourage everyone to wear a mask if they can't practice social distancing.”

During a recent meeting it was announced officials are working to finalize plans to renovate a couple of areas in the courthouse to provide more office space for the court clerk's staff and storage of records.

One of those areas, now used as storage for the sheriff's office on the first floor, is to be turned into a small office area for the court clerk.

A currently unused area on the west side of the first floor annex is expected to be used for some storage but mostly for the sheriff's office and a place to provide on-site medical care to inmates being held in the county jail.

Vinita Pearl Parten of DeRidder passed away July 30, 2020 in DeRidder, Louisiana at the age of 88 years.

Patricia Pearson, age 68, left this world peacefully at her home in Norman with her husband Phil Pearson at her side following a long illness.