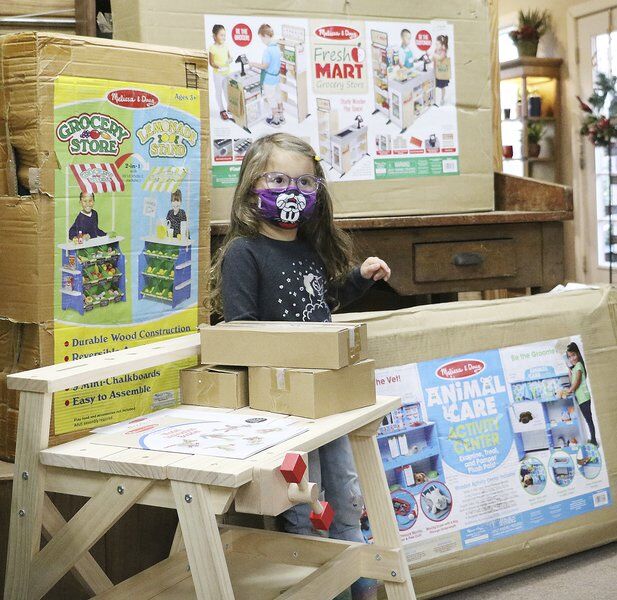 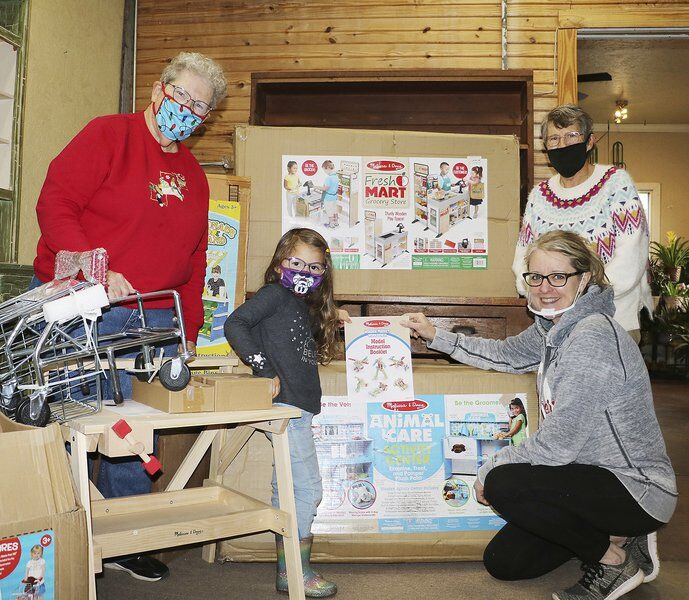 A couple of sisters in a family with deep Pauls Valley roots have teamed up to put the learning into a donation geared for the youngest of local students.

With RexAnn’s granddaughter, Pre-K student Lydia Ruth Lawson, right there by their side, the sisters made the donation from the very place where they bought the materials – the Bloomin’ Crazy shop in PV.

“These learning centers help the kids with their math skills, their language skills, they’re learning to work with others, communicate with their peers, they learn about science,” said the now retired Freeman.

“If they’re teaching it in high school they have learned it through these,” she said, while pointing to the learning centers being donated.

“The basic part of learning is right here.”

The learning centers are really play centers that allow for a whole variety of activities for prekindergarten students.

The best part is they’re also designed to teach kids some basic skills meant to give them a good foundation that can be built on as they get older.

The centers donated by the sisters include one for a grocery store, another a combination of grocery and lemonade stand and the third one for an animal care activity center.

There’s also a wooden workbench and shopping cart included as part of the learning centers donated specifically to the local Pre-K classes be housed in the new school expected to open soon on the west side of town. The school will be home for students up through the third grade.

“Eighty percent of what you know you learn by the time you start school at four years old,” Freeman said.

“Early learning is the best time to learn because you don’t have any preconceived notions about it at that age.

“We’re donating this in memory of our mom. Mom taught there for quite a few years and then I finished my career there, so it was kind of full circle.”

Freeman is referring to her mother, Sammie Ruth Lawson, who taught for 35 years in Pauls Valley with many spent at Jefferson School on the east side.

As for Freeman, she began her public school learning experience at Jefferson in 1953 going from first through the sixth grade. Jane Lawson and their brother, Jim Lawson, also attended six years of school at Jefferson.

Freeman would later teach as well finish her career in 2013 with the last two decades teaching prekindergarten at Jefferson.

“Four generations of our family were at Jefferson.”

Turning her attention of her granddaughter, Lydia Ruth is now a prekindergarten student at Lone Star School in Sapulpa.

“Another thing about this is it’s all about shopping local too,” Freeman said, referring to the donation being purchased at a business in Pauls Valley.