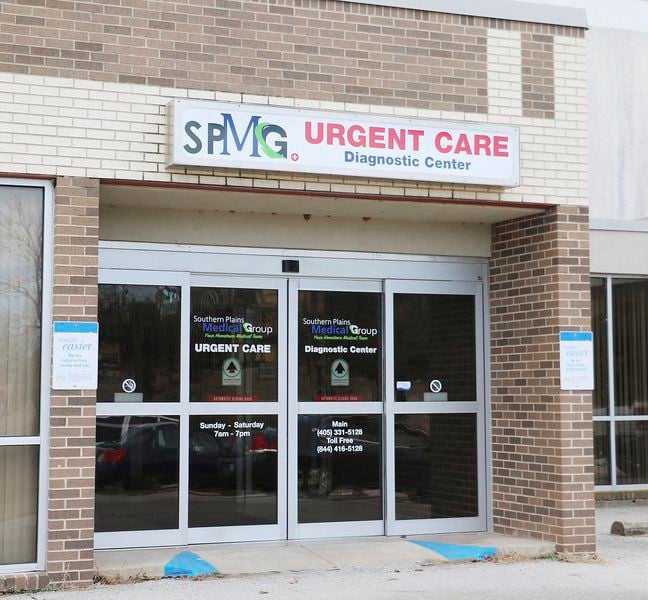 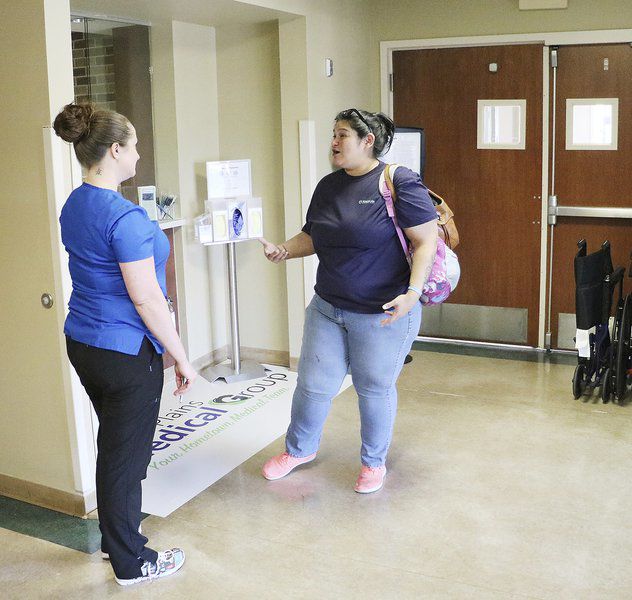 A patient's family member is greeted by staff at the new SPMG Pauls Valley Urgent Care and Diagnostic Center, which opened Thursday in the emergency room portion of Pauls Valley's hospital closed since 2018.

A patient's family member is greeted by staff at the new SPMG Pauls Valley Urgent Care and Diagnostic Center, which opened Thursday in the emergency room portion of Pauls Valley's hospital closed since 2018.

A few patients were walking in, others came for their doctor's new home, as Thursday was day number one for a now open urgent care center in Pauls Valley.

The big thing about this is the center now open 12 hours a day is in a portion of Pauls Valley's hospital building, which has been closed since October 2018.

Another is this is the first step toward a bigger goal as the Southern Plains Medical Group looks to get a license renewed and a full hospital back open in PV later this year.

Hal Brock was among the Southern Plains officials there bright and early for the Jan. 2 opening day for what's formally called SPMG Pauls Valley Urgent Care and Diagnostic Center.

“It's been smooth sailing,” Brock said only a few hours into the center being open to the public.

“We've already had six patients walk in. We've had some come to see Dr. (Tammy) Jarvis. For her it's a regular day with 17 appointments scheduled for the day. Dr. (Brian) Allee sent over a patient for a diagnostic,” he said, referring to an X-ray.

“It's been a long process just to get to this day. We've been here for a year working toward this day. It's been neat to see the team come together so well.”

The one reference was to Dr. Jarvis, who has moved her local Southern Plains clinic to the new urgent care facility, which is located in the hospital's emergency room area.

Although the urgent care center can treat a lot of things, Brock is quick to remind the public it's not an emergency room or fully operating hospital.

“I would say we can treat 80 to 85 percent of your daily health care issues,” he said.

“However, there are going to be times when you still need that emergency care from a hospital.”

A plus already seen is the center's radiology and imaging services, like MRI and CT scans, digital X-ray and ultrasound.

Another are the lab services, which are overseen by Corey Couch, who comes to the center from the Southern Plains' facility in nearby Chickasha.

“If they need something tested they can do it right here. We can have blood drawn in the morning and they'll have the results by 3:30 or 4 that same day.”

Those tests could be for “routine health” checks or to see if there's more serious problems, he said.

“With the lab services here people might be apt to do their yearly checks.”

The bigger goal is Phase 2 of Southern Plains' plan to return full hospital services to the longtime home of Pauls Valley General Hospital.

There's still work to be done as Brock says the group is moving toward addressing any problem areas with the hospital building itself.

That's needed before the local hospital's acute care license at the time of its closure more than a year ago can be renewed by the Oklahoma Health Care Authority (OHCA).

“Once the deficiencies are met we can get the license back and hopefully open up a full hospital, possibly in May,” Brock adds.