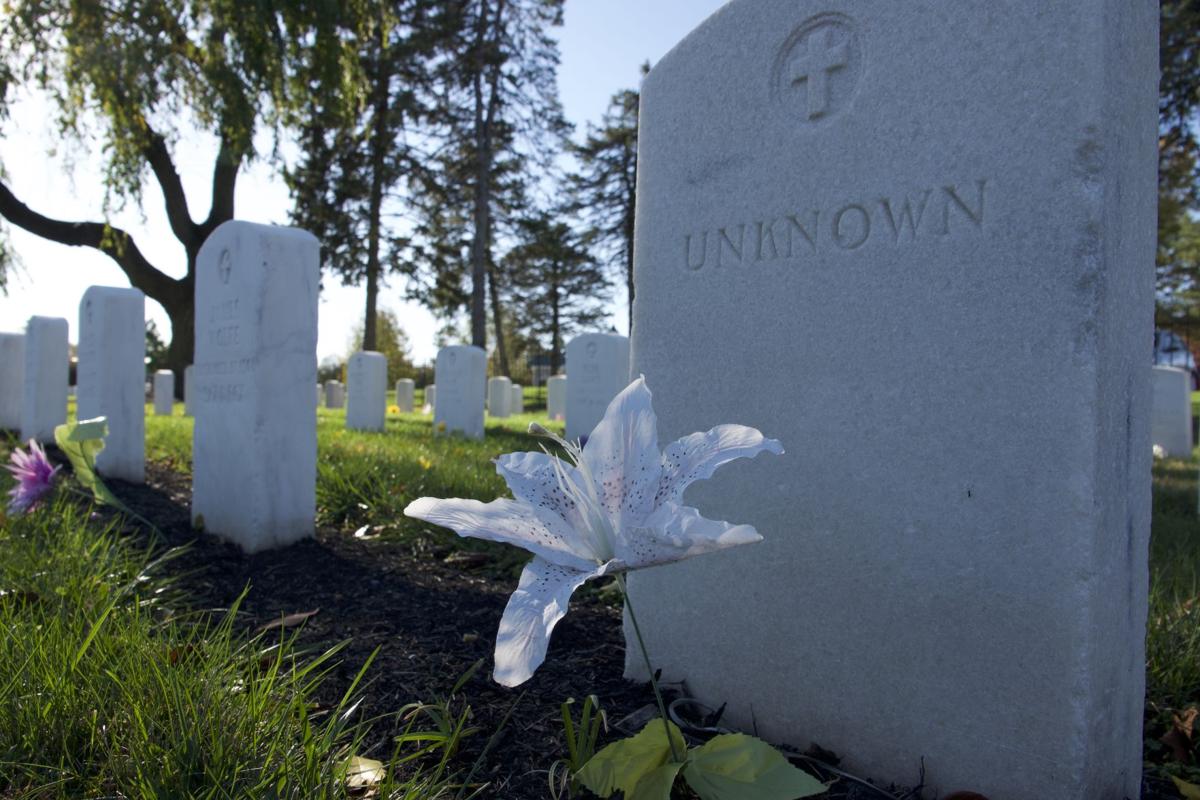 A tombstone of an unknown student that attended the Carlisle Indian Industrial School sits on the grounds of the present-day U.S. Army War College. Photo by Addison Kliewer/Gaylord News 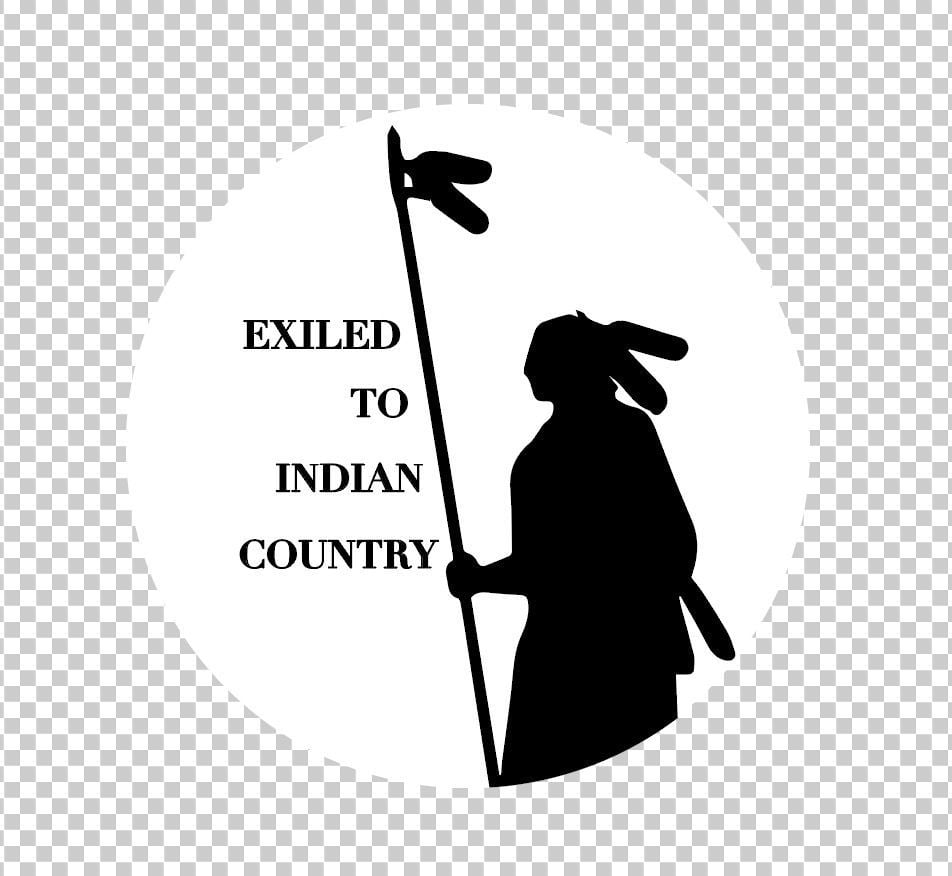 They called it the “Indian problem.” The white settlers wanted more land, and the tribes held rich acreages. Removing tribes from the Southeast was more than just an idea by the time Andrew Jackson was elected president in 1828. The Indian Removal Act was among his defining pieces of legislation. Jackson argued that moving tribes west of the Mississippi River would guarantee their survival.  Instead it launched an era of genocide. Thousands died during the forced marches to land designated as Indian Territory. For members of the 39 tribes in Oklahoma, the removal stories have not been forgotten. Neither has the Dawes Severalty Act of 1887, intended to assimilate Native Americans into white society by stripping them of their cultural and social traditions. The ramifications persist today. 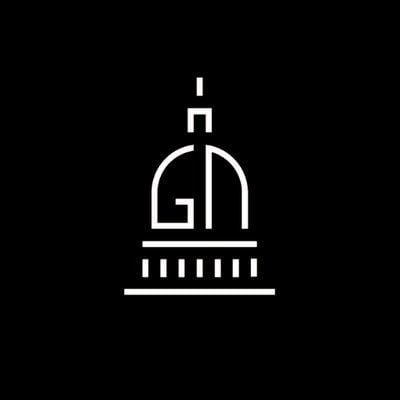 Gaylord News is a University of Oklahoma-sponsored Washington news bureau producing stories on Oklahoma-related issues and the state's representatives for distribution to statewide news outlets. 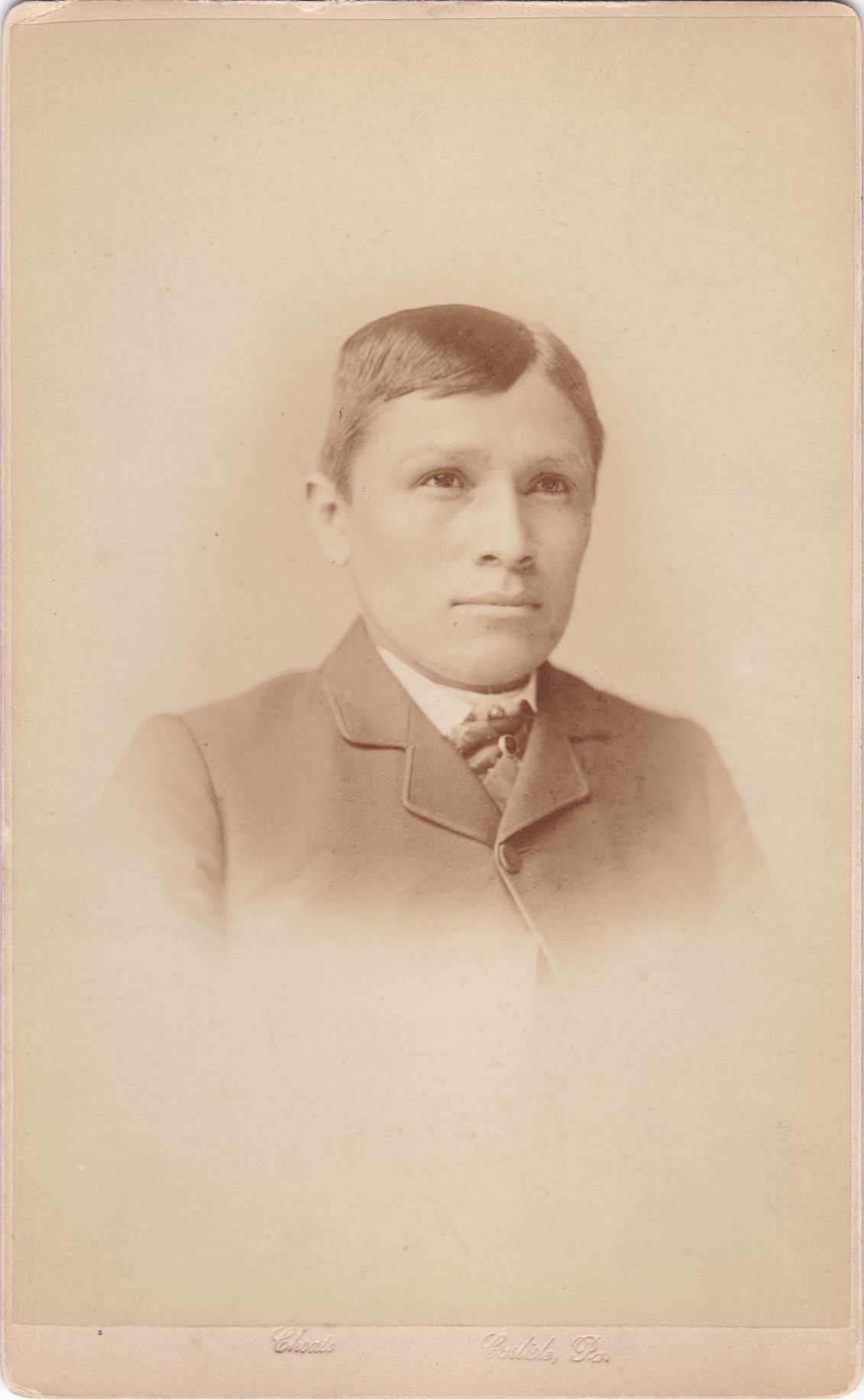 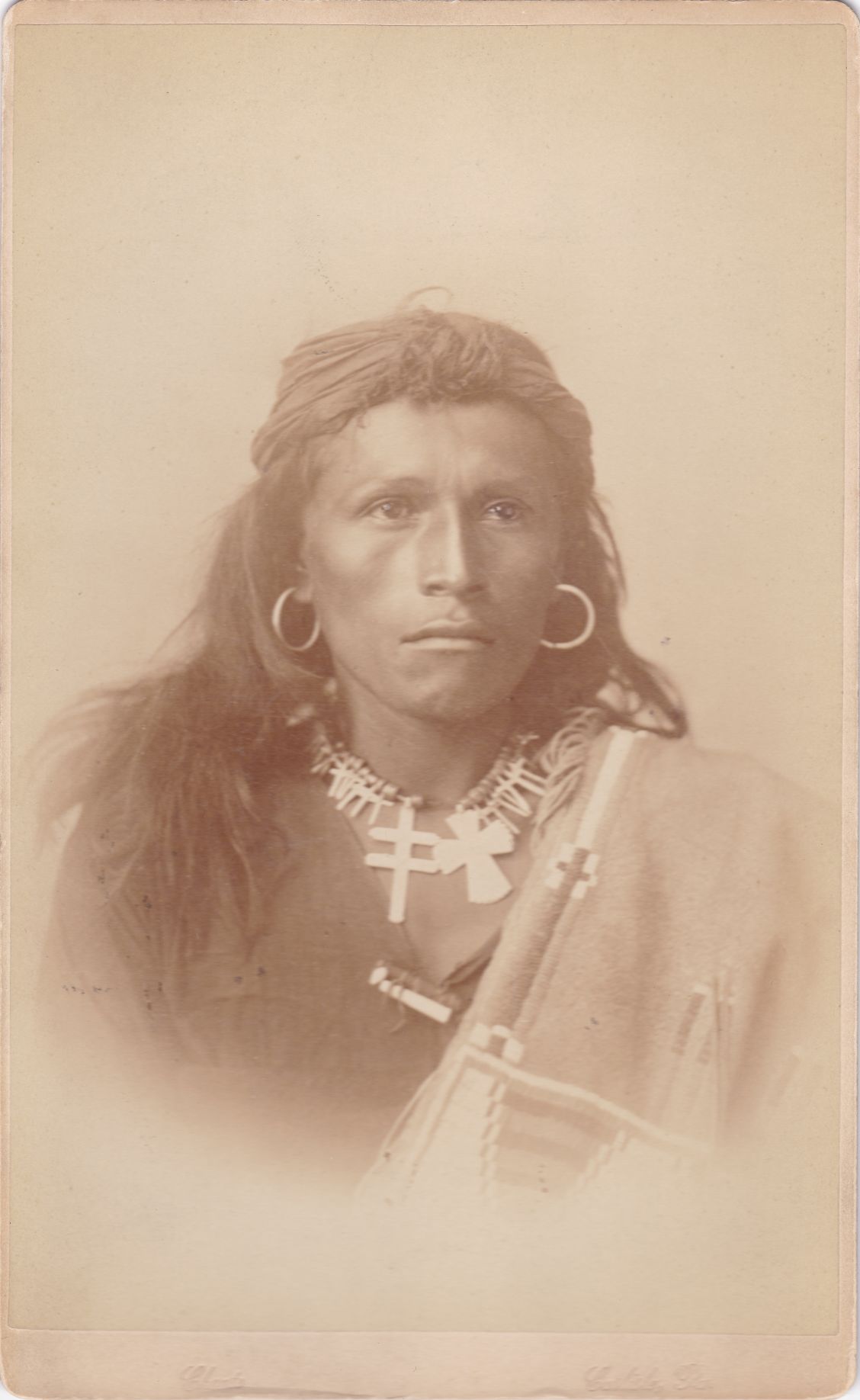 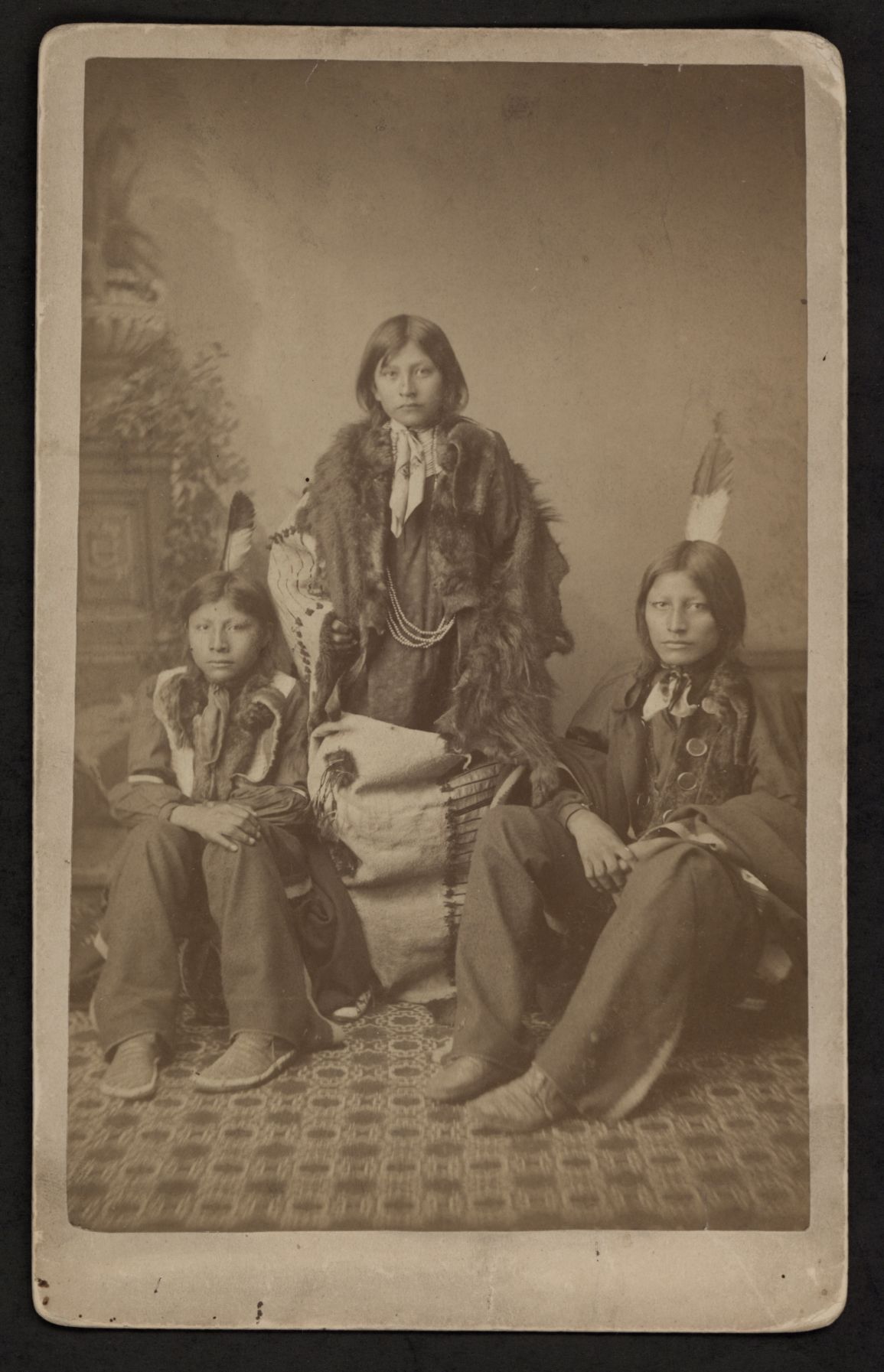 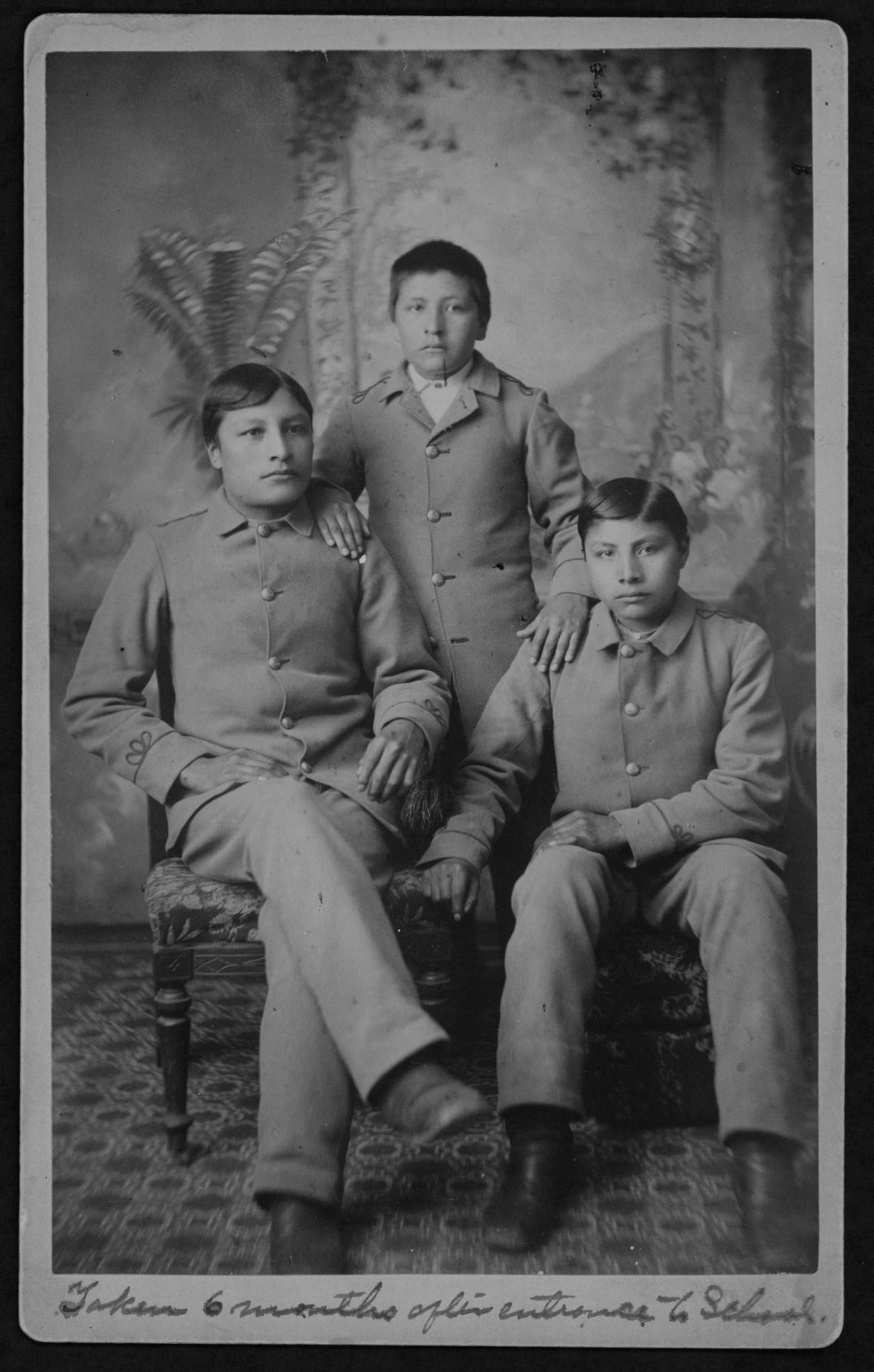 WASHINGTON — Some 180 white tombstones — each belonging to a child who died while attending the Carlisle Indian Industrial School — stood row-by-row in the dewy Pennsylvania grass, bearing the names of those who lost their lives while being forced to assimilate to a new world.

Between 1,500 and 1,800 Native American students from Oklahoma attended the school in Carlisle, Penn., said  Jim Gerenscer, co-director of the Carlisle Indian School Project, a database that provides information about the school and the students who attended. But some never made it back home, dying from unknown causes while attending the school.

The purpose of Carlisle, as well as other boarding schools across the nation, was to remove Native Americans from their cultures and lifestyles and assimilate them into the white man’s society.

Carlisle, which opened in 1879, was one of the first and most well-known boarding schools for Native children, and its operational model set the standard for most of the others.

For many tribes in Oklahoma, the horrors of the Carlisle model were experienced closer to home.

All that remains of the original campus, known as the Wichita-Caddo School when it was organized by Quaker missionaries in 1871, is an eerily sparse graveyard atop a hill outside Anadarko.

The late Joe and Ethil Wheeler were educated there. Anthony Galindo, the grandson they raised, recalls hearing their stories about the school.

Ethil Wheeler was one of the many students who tried to run away from Riverside but was always sent back. Eventually, Ethil Wheeler was loaded into a cattle car and shipped by train in the dead of winter to Phoenix, where she stayed until she was 19. Galindo said his grandmother remembered huddling together with other children to keep warm. Some didn’t survive the journey.

At Riverside, Joe Wheeler was abused. Galindo said he never forgave. He held onto his belief in the Creator from the Big Drum religion that traditional Wichita people practice as much as he held on to that grudge.

“First they cut my hair, then they made me eat soap and then they beat me for speaking my language,” Joe Wheeler told Galindo.

When Joe Wheeler’s father found out his son was being tortured at the school, he removed him from the situation. Having completed the sixth grade, Joe Wheeler had learned English as a second language and began to act as an interpreter to his people to assist in the allotment dealings between the government and the Wichita people.

While many of the boarding schools have closed, Riverside Indian School, now a Bureau of Indian Education school, is still operating.

The Advisory School Board President and Chair Quinton Roman Nose, a citizen of the Cheyenne Arapaho Tribe, said some are operated by the tribes as a result of old treaties between them and the federal government. The treaties often included an educational component; the boarding schools today derived from components within the old treaties, making education the tribe’s responsibility.

The trauma from Riverside Indian School stayed with Joe Wheeler all his life. Galindo said his first and most prominent memory of being raised by his grandparents was his grandfather’s feelings toward Riverside. Galindo’s grandfather told him the government’s intent was to wipe their people off the face of the earth through cultural assimilation efforts such as Riverside.

That was the same intent that inspired Richard H. Pratt, founder and superintendent of the Carlisle Indian Industrial School, to strip Native children of their cultures.

“A great general has said that the only good Indian is a dead one, and that high sanction of his destruction has been an enormous factor in promoting Indian massacres,” Pratt said in an 1892 speech.

“In a sense, I agree with the sentiment, but only in this: that all the Indian there is in the race should be dead. Kill the Indian in him, and save the man,” Pratt said.

Pratt coined the idea for Carlisle while serving as a soldier in Oklahoma territory, Gerencser said. While moving 70 Native prisoners of war to Florida, Gerencser said, Pratt began inviting Florida locals to teach the prisoners English.

“So that's where Pratt got this idea that, ‘Hey, if you isolate them from their families and their tribal life and you immerse them in standard American white culture, they'll be just like everybody else,’” Gerencser said.

“The boarding school experience that many people had in other schools just doesn't seem reflected quite as much at Carlisle,” Gerencser said. “I mean, again, the concept is horrid, you know, why the school exists, but how you implement the assimilation process can be very different.”

By the time students arrived at the boarding school in Carlisle, most had already attended primary schools on tribal reservations, and many students had experienced assimilation schooling throughout their lives.

The majority of stories from boarding schools were negative, Gerencser said. However, letters written to Pratt in 1890 show that some graduates found the Carlisle experience to be positive.

“It's complicated. I mean, no matter how you slice it, it's really complicated and everybody's experiences can be very, very different,” he said.

The recruitment process for Carlisle was also different. In the beginning, Pratt traveled to reservations across the nation, speaking to tribal leaders about the boarding school and its purpose.

“We don't know exactly what he was telling the chiefs and headmen that were gathered there,” said Gerencser. “So we have no idea necessarily what kind of promises Pratt might have been making about his view of the importance of going to the school.”

Contributors to the Carlisle Indian School Project, however, visited a Nez Perce reservation last year to hear about tribal members who attended the school. One woman said her great-grandfather’s mother chose to send him to Carlisle when he was only 10 years old.

The woman said her great-grandfather was part of the Nez Perce that had been captured in the late 1870s. During this time, the American government and the Nez Perce were engaged in major battles after members of the tribe refused to relocate to a reservation.

“They are prisoners of war. They are living in terrible conditions. This woman's husband and older son had already been killed in the wars, and she's in a desperate situation,” Gerencser said. “So, yeah, she's making the choice, but what kind of choice is that?”

In Carlisle’s later years, the school began to gain an international reputation. With its band and football team going on tour across the country, as well as Jim Thorpe’s name being published in newspapers, the school created an application process in the 1890s to attend the school.

Gerencser, who is also the Dickinson College archivist in Carlisle, reiterated that, while Carlisle’s purpose was the same as other boarding schools, it operated in different ways.

“One of the things you always hear about is how no one's permitted to speak English and you'll be punished if you do speak your native language, right? Well, there's a newspaper article about three years after the school had started saying all the students want to learn Sioux,” said Gerencser. “That's not going to be printed in the paper if, you know, it's that taboo of a thing.”

While many chose to attend Carlisle, the intent of the school was, from the first day, to destroy tribal cultures. When the first group of students arrived at the school, Anglo-style names were written on a blackboard.

“The students would be handed a pointer and told to point at one of those names, and then that was written on a piece of paper and hung around their neck,” Gerencser said.

Boarding schools across the country made it difficult for tribes to preserve their cultures, practices and languages. While some adapted back into life on the reservation after graduating, the loss of indigenous cultures was widespread.

Perhaps the most famous images taken at Carlisle were of Tom Torlino, a Navajo student in 1882.

In one photo, Torlino is photographed arriving at Carlisle with long hair and wearing regala. In a photo taken six month later, he has short, styled hair and is wearing a suit.

“One of the other things that people often think is that every student that went to Carlisle would have this kind of before photo taken, and the fact of the matter is they only did that maybe two dozen times all together,” said Gerencser. “They just needed a few representative samples to use for their propaganda.”

About 8,000 students attended Carlisle, “and for every student there's a different story of how you got there, why you were there, what your experience was like,” Gerencser said.

The stories passed down from those who attended Riverside and Carlisle are reminders of the resilience of Native people across the nation, but the cemeteries that remain — and the names of children etched in marble — are emotional reminders of the stories that have never been told.

Addison Kliewer, Miranda Mahmud and Brooklyn Wayland are reporters for Gaylord News, a reporting project of the University of Oklahoma Gaylord College of Journalism and Mass Communication.