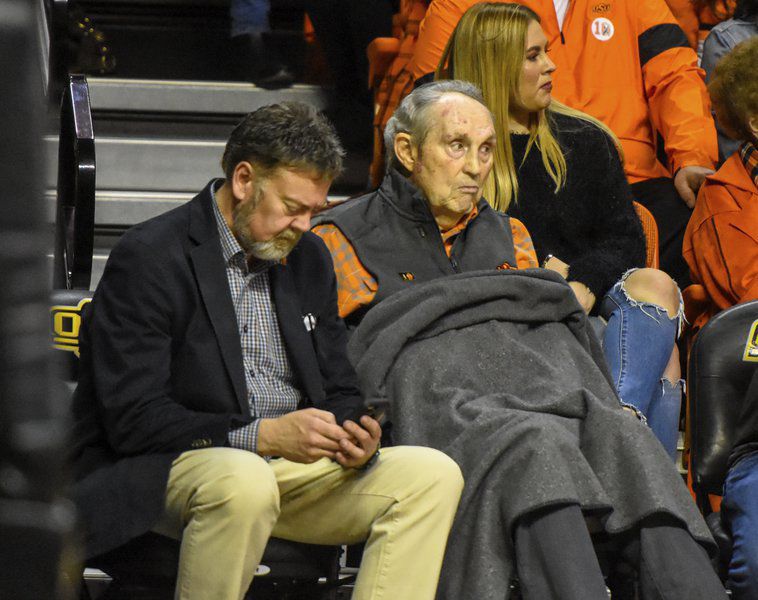 Former Oklahoma State men’s basketball coach Eddie Sutton took in Cowboy basketball games when he could over the past few years. 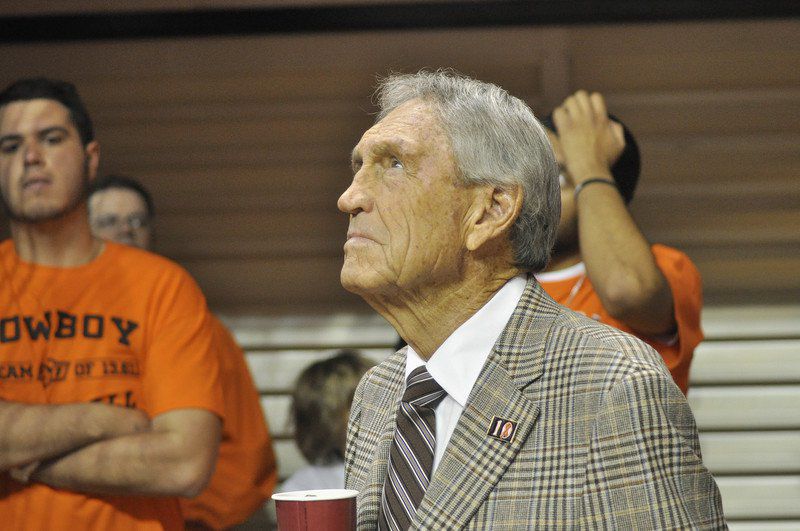 Former Oklahoma State men’s basketball coach Eddie Sutton took in Cowboy basketball games when he could over the past few years.

Eddie Sutton lived long enough to find out he is a member of the Naismith Memorial Basketball Hall of Fame, but not long enough to see his enshrinement.

Less than two months after he was announced as a member of the 2020 Class, Sutton passed away – according to multiple reports.

Sutton died Saturday evening in Tulsa. He was 84 years old.

Sutton, a legendary Oklahoma State men's basketball coach, was born Mar. 12, 1936 in Bucklin, Kansas. He graduated from then Oklahoma A&M in 1958 after playing basketball under coach Henry Iba for four years.

Sutton then went to begin his coaching career with a job at Tulsa Central High School for seven years. After leaving the high school game, Sutton began a college coaching career that would last four decades. His first university position was establishing a men’s program at the University of Southern Idaho in Twin Falls, Idaho. Despite the community college being only in its infancy, Sutton compiled an 84-14 record in his three seasons at the helm.

He left the Golden Eagles to coach the Bluejays of Creighton, Nebraska. Sutton worked at building the team from 1969-74 with the coach taking the Bluejays to his first NCAA Tournament – a Sweet Sixteen Appearance – in his final season.

Fresh off the success at Creighton, Sutton took over a languishing Arkansas program and built it onto a Southwest Conference contender. The Razorbacks won five SWC championships, made the NCAA Tournament nine times and made it to the Final Four in 1978 with Sutton at the helm in Fayetteville, Arkansas.

Sutton and star Sidney Moncrief restored the Razorbacks to prominence and helped renovate the arena by 4,000 seats.

After dominating the SWC, Sutton moved down to the Southeastern Conference and blue blood Kentucky. Sutton took the Wildcats to the Elite Eight in 1986. Due to a recruiting scandal, Sutton had to leave Lexington, Kentucky, after only four years.

Sutton was accepted with open arms by his alma mater in 1990 to take over the basketball program after 30 years of coaching at other institutions. The Cowboys had fallen off since Sutton left and the days of Iba seemed long ago, with OSU having only made three postseason tournaments in 33 years.

The first Final Four appearance came with Sutton leading national sensation Bryant “Big Country” Reeves, a Gans native, and the Cowboys to the promised land in Seattle, Washington in 1995. The Cowboys beat Tim Duncan’s Wake Forest squad on the way before being beaten by No. 1 seed and eventual national champion UCLA in the Final Four, OSU’s first appearance since 1951.

The second appearance came in 2004, with Sutton having a dominant team led by John Lucas III and Tony Allen, which upset No. 1 seed Saint Joseph’s on the Cowboys’ way to San Antonio, Texas.

Sutton would resign from OSU and leave Stillwater after a DUI arrest in 2006. His son, Sean, took over for him.

Before retiring, Sutton made one more stop as he became coach of the University of San Francisco in the 2007-08 season and winning his 800th game to become the fifth coach in NCAA history to achieve the feat.

Sutton is OSU’s second-winningest coach after capturing 351 wins behind Iba with 751, three regular-season conference titles and three conference tournament championships during his tenure. The court inside Gallagher-Iba Arena was named Eddie Sutton Court on Jan. 15, 2005, in honor of Sutton’s contributions to the basketball program.