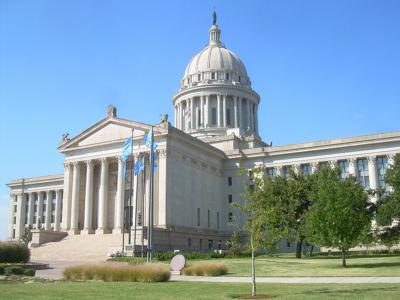 “No,” Norman Mayor Breea Clark fired back in response to his tweet heralding that hotels are still open for business. “Stop traveling. Stay home. I seriously cannot wrap my head around what is wrong with our state leadership. Oklahomans are not magically immune to #covid19. This kind of mixed messaging is hurting people! Please stop it!”

Then a day later, the Republican lieutenant governor, who has been tasked with developing solutions to address Oklahoma’s COVID-19 outbreak, admitted he was in self-quarantine. Pinnell said it was out of an abundance of caution after traveling to Florida for spring break amid the worsening coronavirus outbreak.

While other states have issued mandatory stay-home and shelter-in-place orders and nightly curfews, Oklahoma continues to resist such calls and instead implemented a patchwork of regulations that vary from one county to another.

“This is a very difficult season for our state, but we must take firm action right now out of a desire to get Oklahoma back to a more regular way of life by the end of April,” Gov. Kevin Stitt said in a video posted Wednesday night to Facebook. “If we do not take firm action now, we could be battling both the virus and the economic stranglehold well into August. And I want to avoid this prolonged pain at all costs.”

A Stitt spokesman did not respond to comment for this story.

Stitt ordered non-essential businesses shuttered starting Thursday in all counties with confirmed COVID-19 cases, but critics note that his administration deemed most businesses, like golf courses, as “essential” and allowed them to remain open.

“I was actually having a hard time figuring out what wasn’t essential from that list. Massage parlors and bookstores, I guess, but not a whole lot other than that,” said House Minority Leader Emily Virgin, D-Norman, who was sheltering in place at her home.

Virgin said Stitt has certainly taken “firmer action” action this week than in the beginning, but she believes the state must implement a statewide shelter-in-place order.

She said the number of counties with COVID-19 cases is growing by the day. Thirty-three counties now have confirmed cases.

As of Tuesday morning, the number of confirmed cases jumped to 248. There already were 86 hospitalizations and were seven deaths, including three in Cleveland County, where Virgin and Norman Mayor Clark reside.

Shelly Wells, president-elect of Oklahoma Nurses Association, said she appreciates that Stitt has postponed all non-emergency medical and dental procedures, is attempting to protect vulnerable Oklahomans by ordering them to stay at home except for necessary trips for food and medication and prohibited gatherings of 10 or more.

“Even in light of these actions, we remain concerned that not enough has been ordered to address this emergent situation,” she said. “The COVID-19 virus only seeks one thing — human hosts.”

Wells said it does not discriminate by age or by county boundaries.

“In our mobile society, restricting the operation of business in only those counties that have reported active cases is shortsighted,” she said. “All counties within the state should be ordered to close all businesses that are classified as non-essential.”

Also, Wells said two to three weeks of business closure will not be enough based on the patterns of the virus and the global spread already witnessed.

The Oklahoma Academy of Family Physicians, meanwhile, doubled down on its calls for a statewide shelter-in-place policy.

“As the first line of defense in communities across the state, primary care doctors want to be prepared as possible to meet the needs of our patients and our resources are too low to meet the projected needs of response to COVID-19 and the continued treatment of other patients,” the group said in an email. “The best thing to do at this time is to limit the number of people who are exposed to COVID-19, thus keeping the burden on our facilities and health care professionals as low as possible.”

Pinnell spokesman Jeff Peters said the lieutenant governor is not encouraging people to travel by using the #oktravel Twitter hashtag.

“That hashtag is one commonly used by the travel industry in our state, so he used it in sharing the news that hotels have been deemed essential,” Peters said. “This was important for long-term guests, medical professionals and truck drivers who are relying on somewhere to stay. The hashtag was simply used to amplify the news to the travel industry.”

He also said Pinnell is not exhibiting any COVID-19 symptoms and has not been tested.

“He and his family drove to a relative’s home in Florida when the guidance from the CDC was to self-monitor and exercise social distancing,” Peters said. “Obviously, the situation changed rapidly, so out of an abundance of caution, he and his family returned home and he is following the (state) Health Department guidelines to self-quarantine for 14 days.”

Janelle Stecklein covers the Oklahoma Statehouse for CNHI's newspapers and websites. Reach her at jstecklein@cnhi.com.