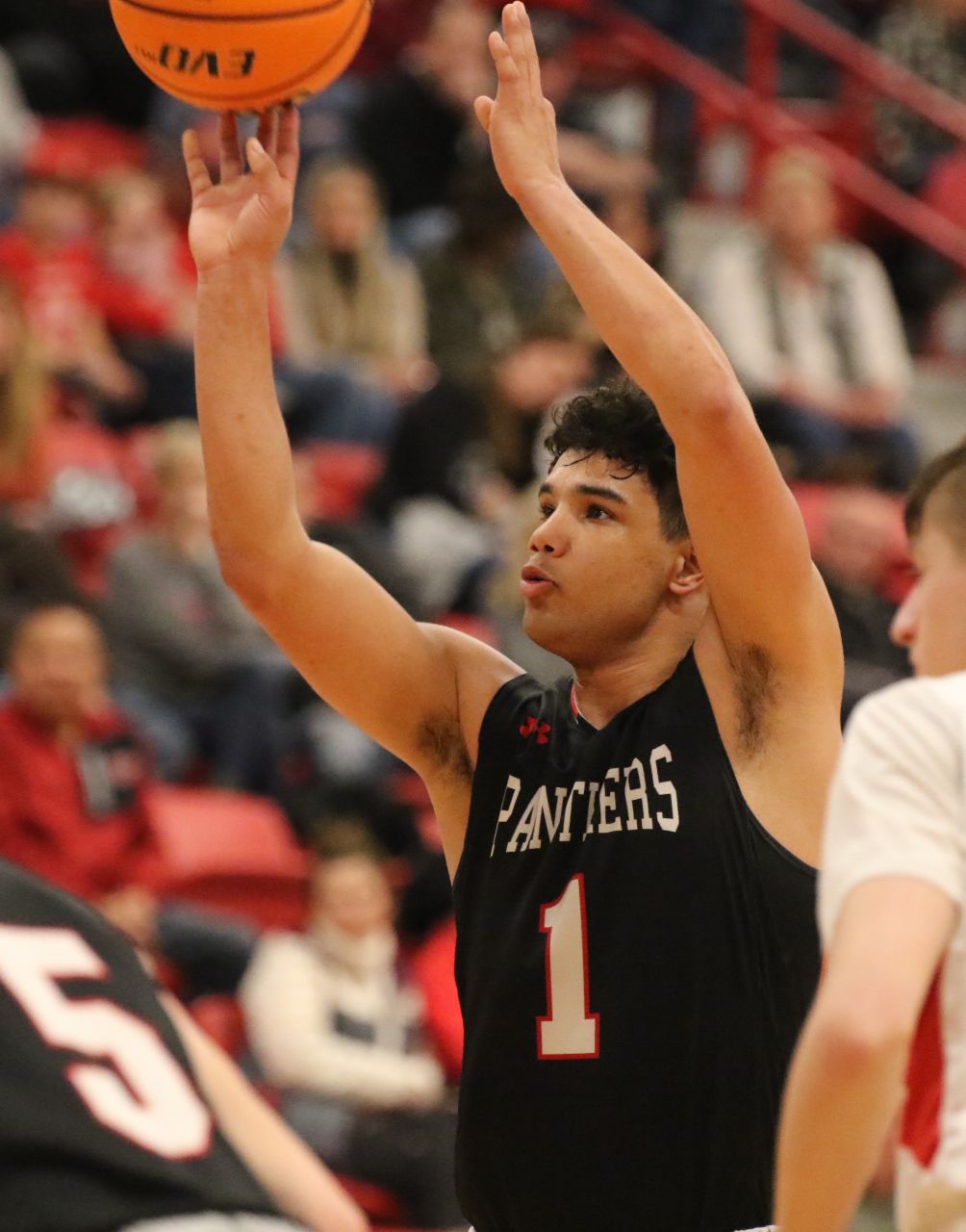 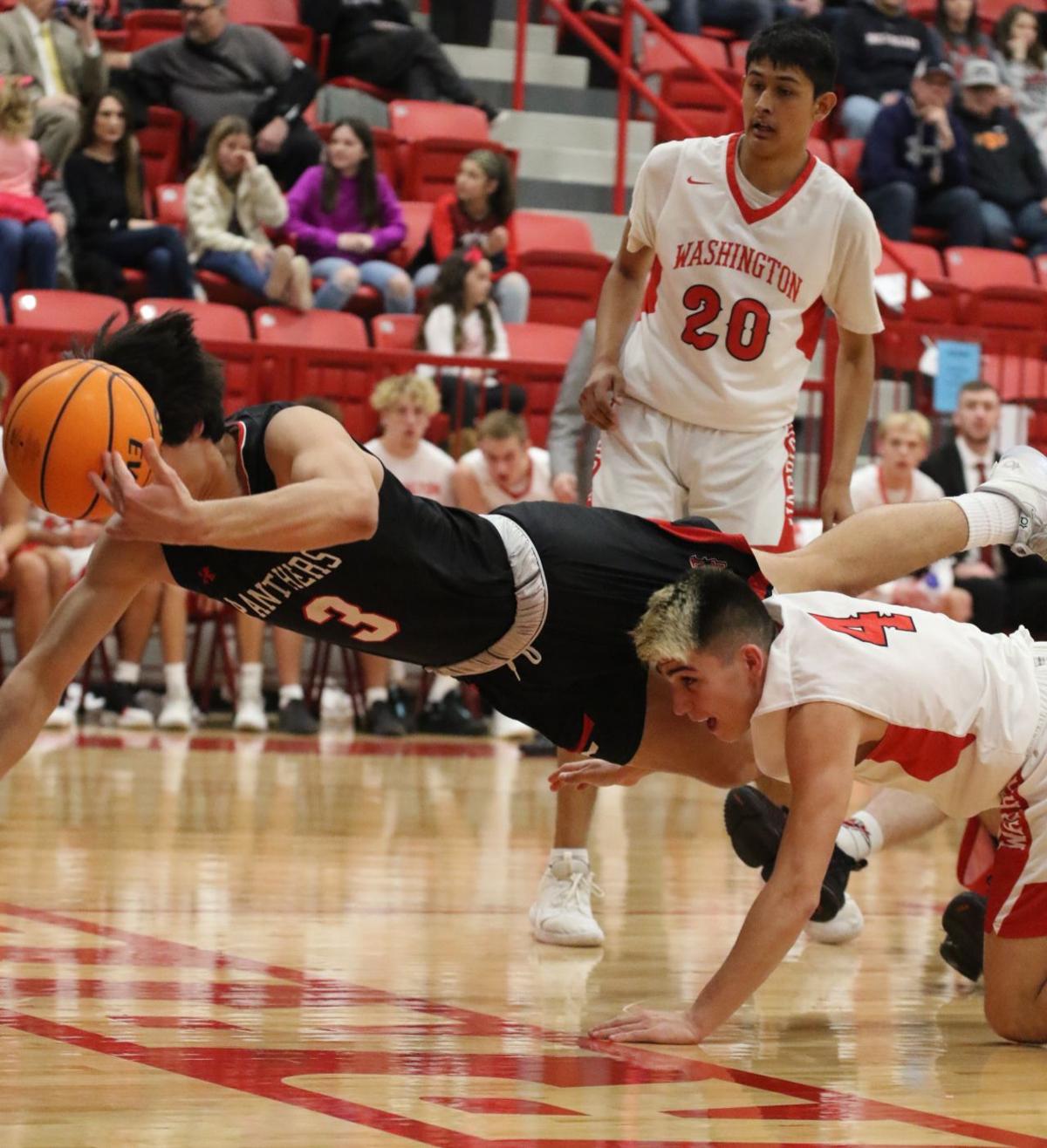 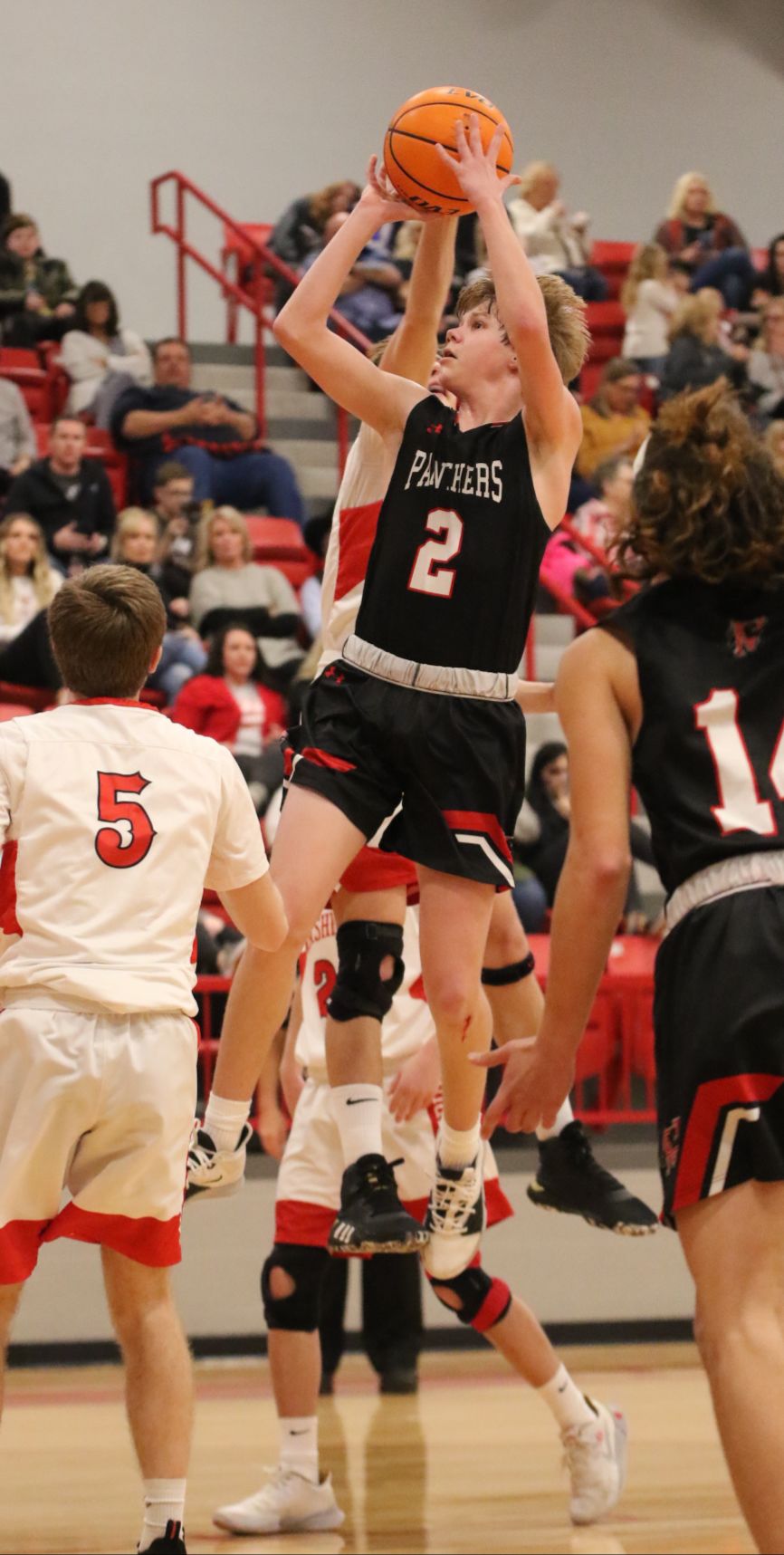 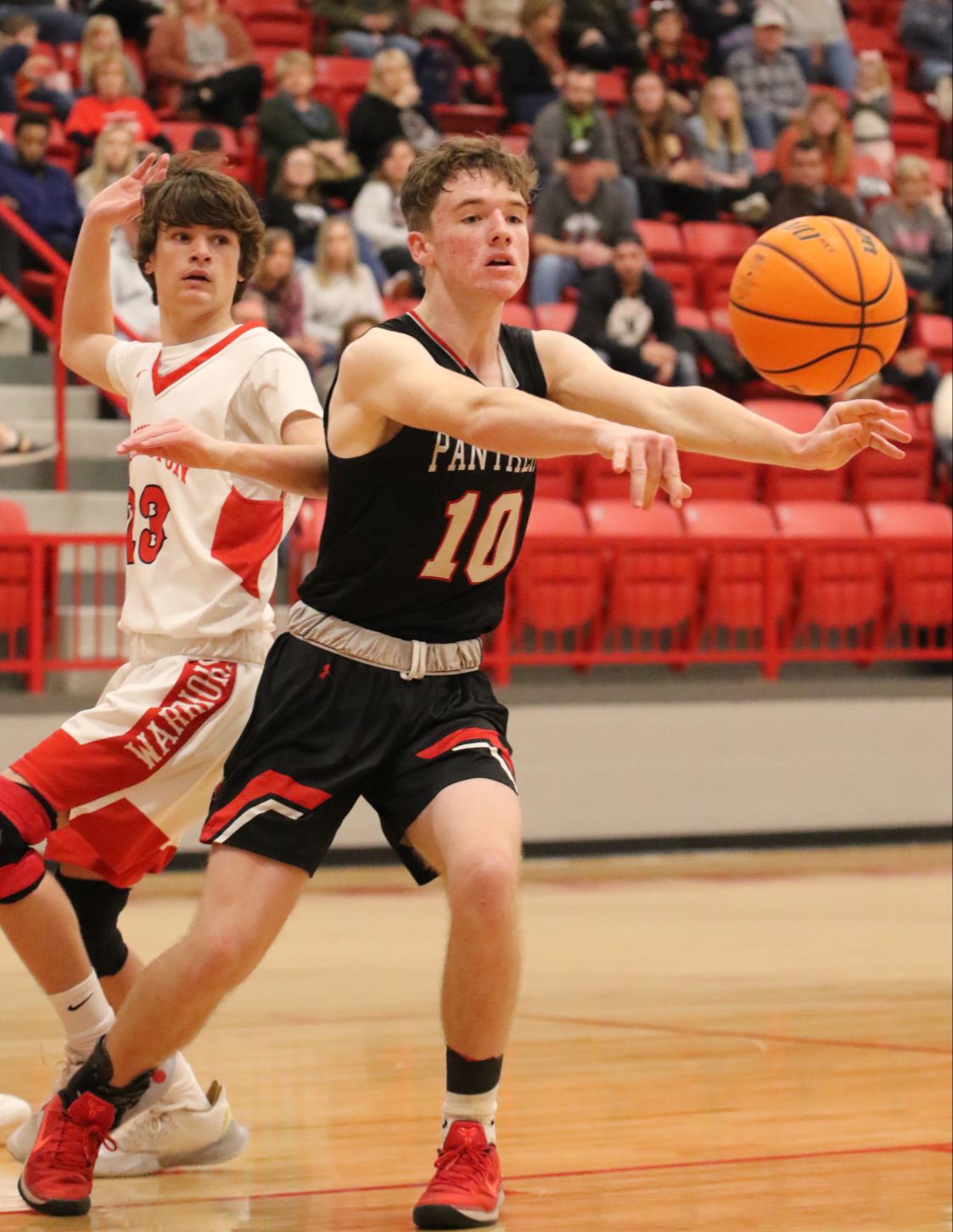 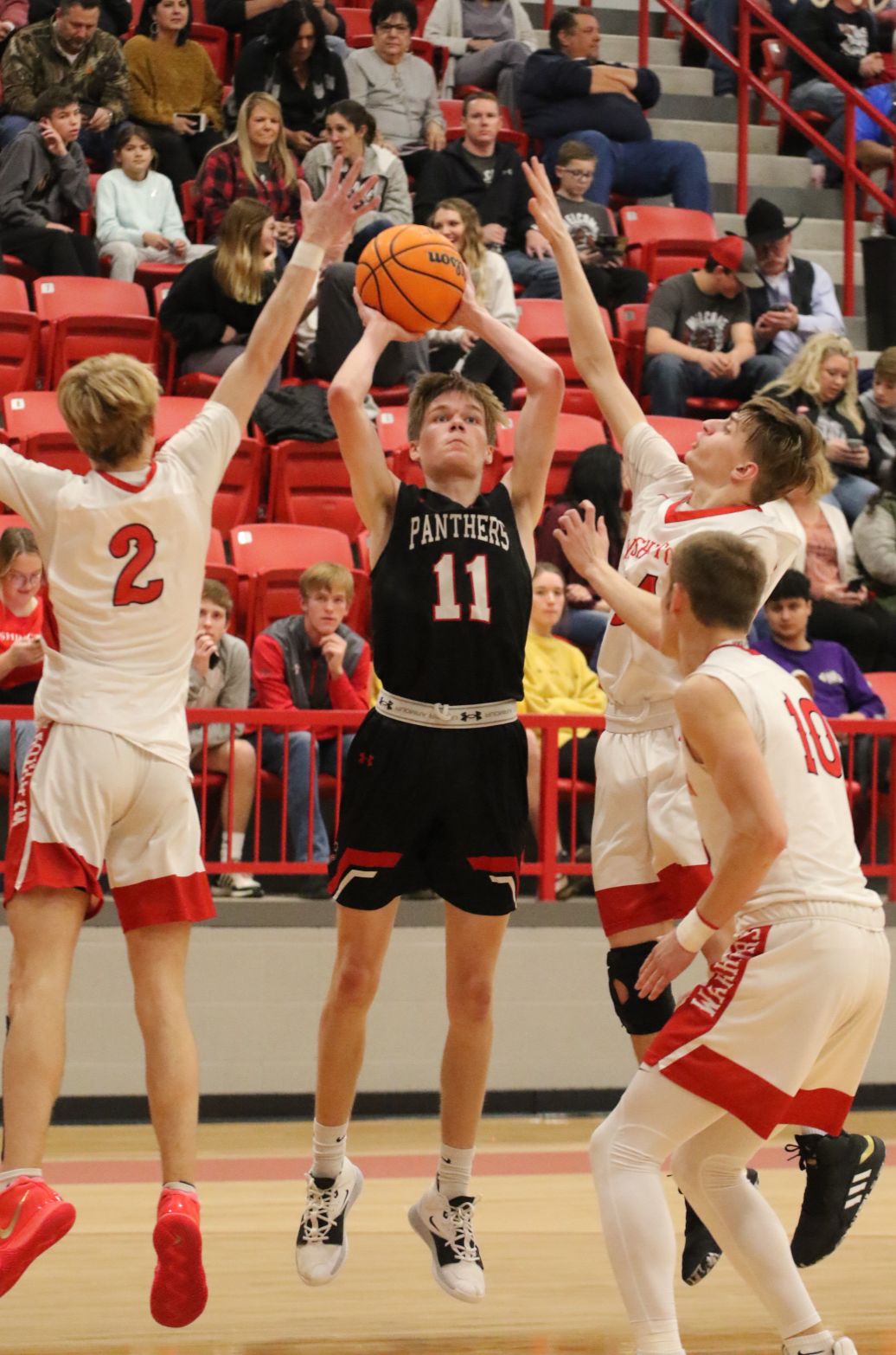 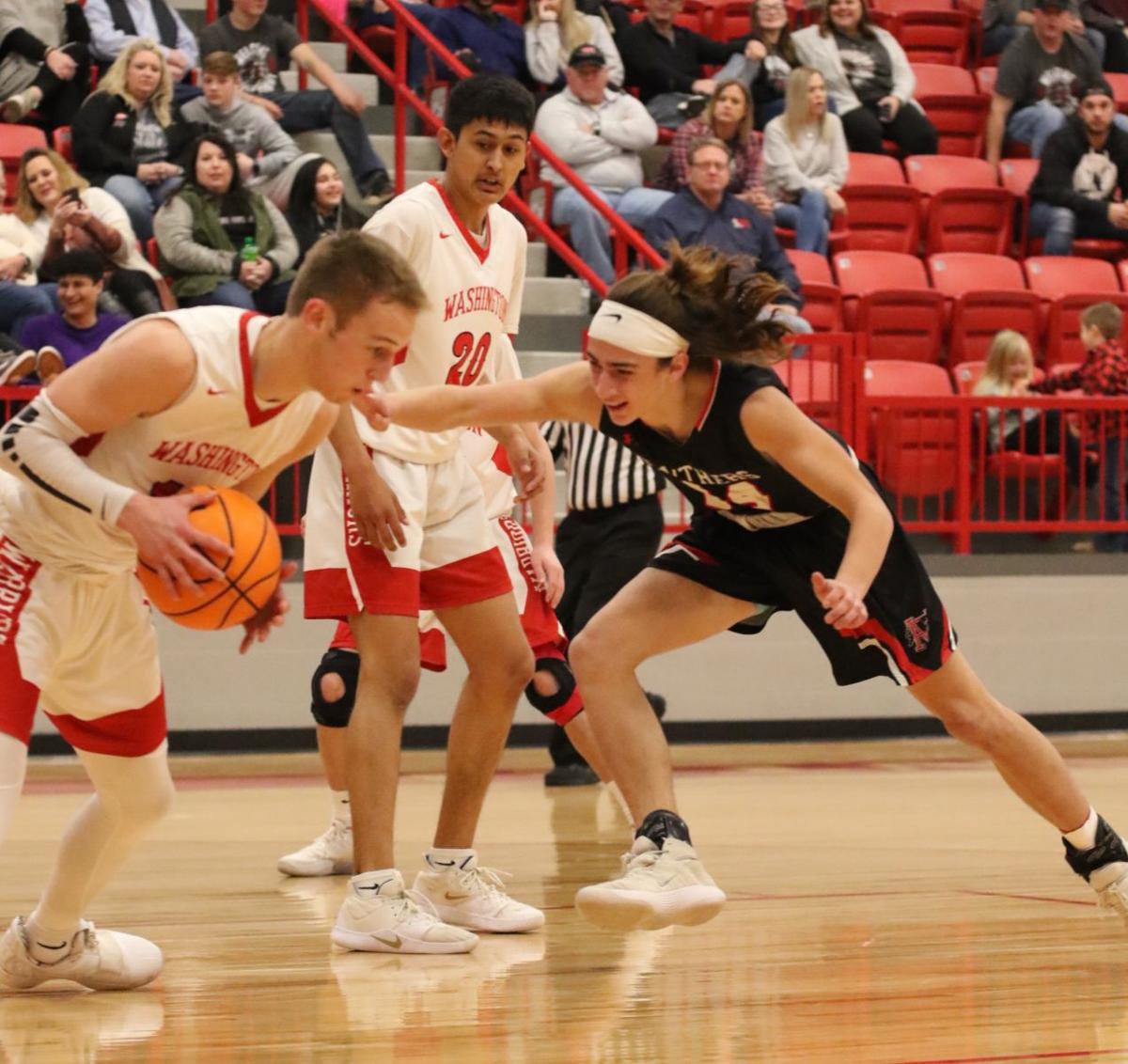 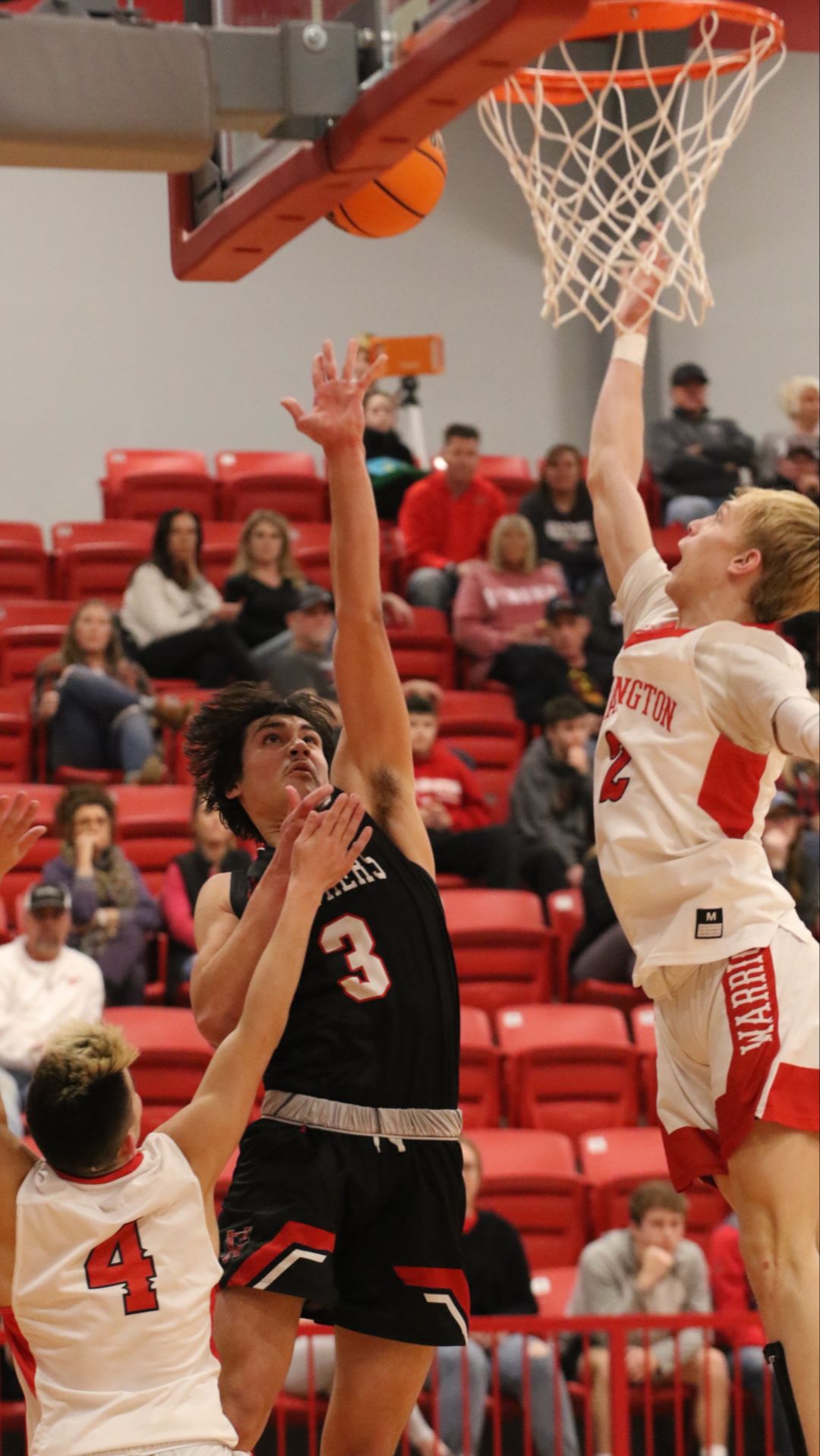 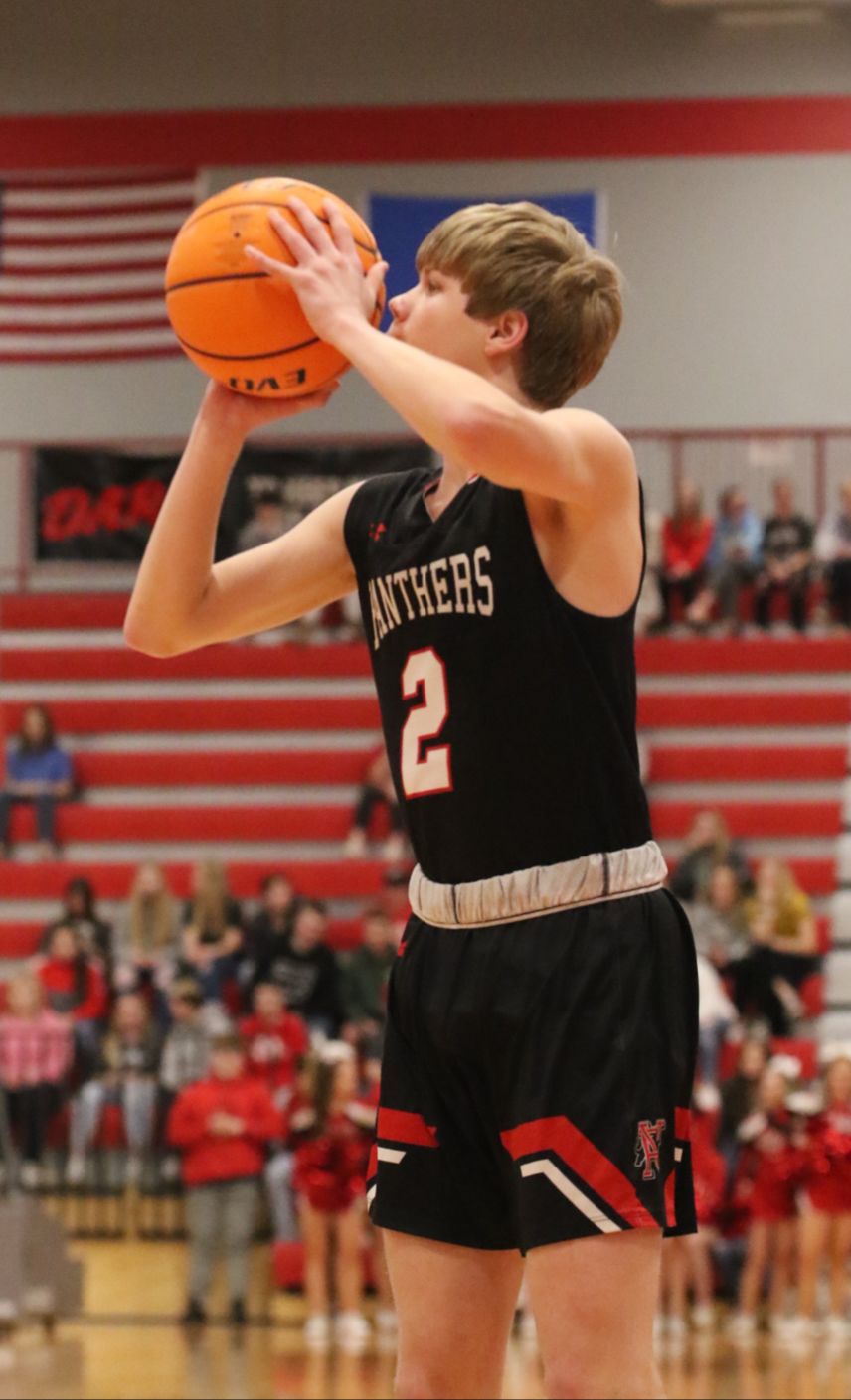 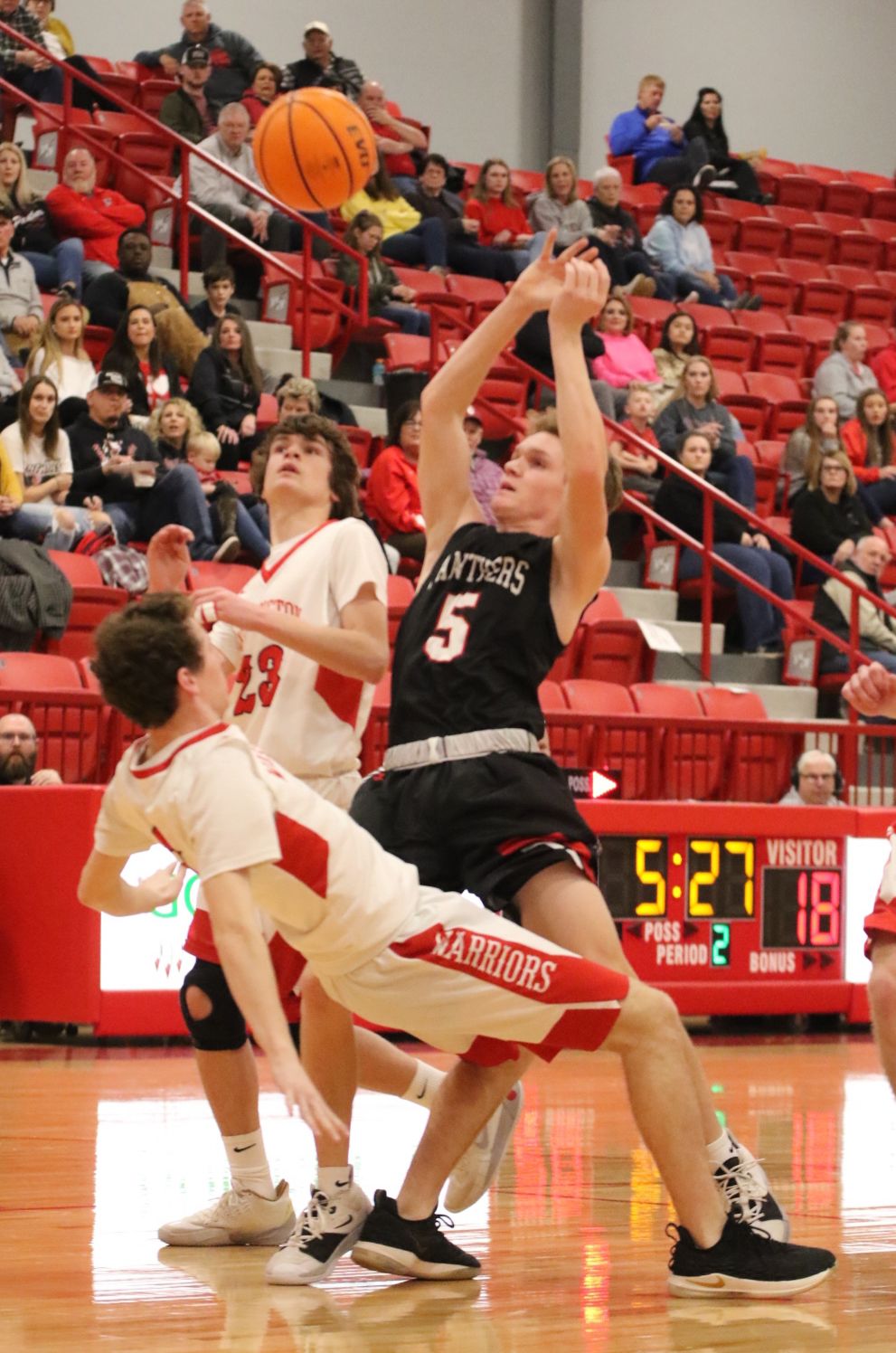 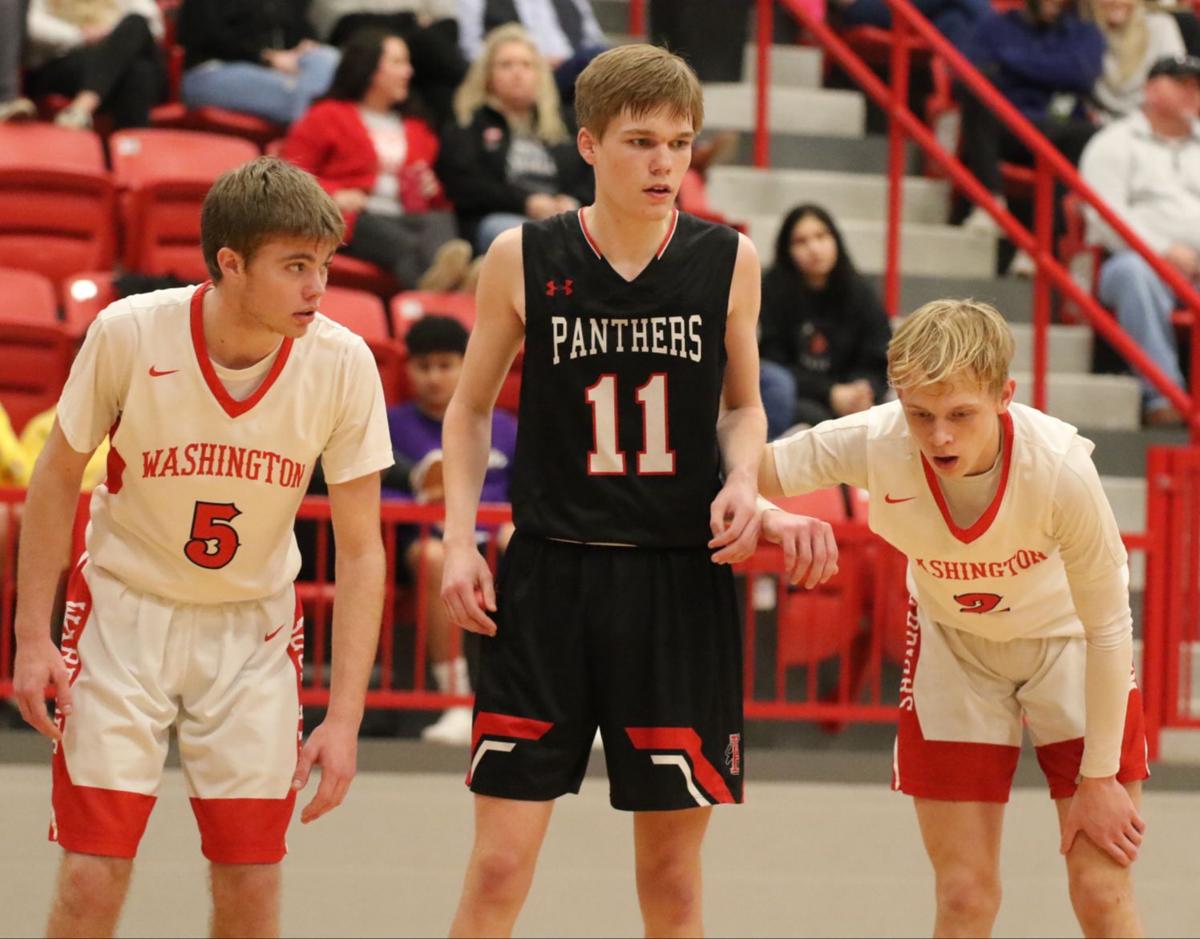 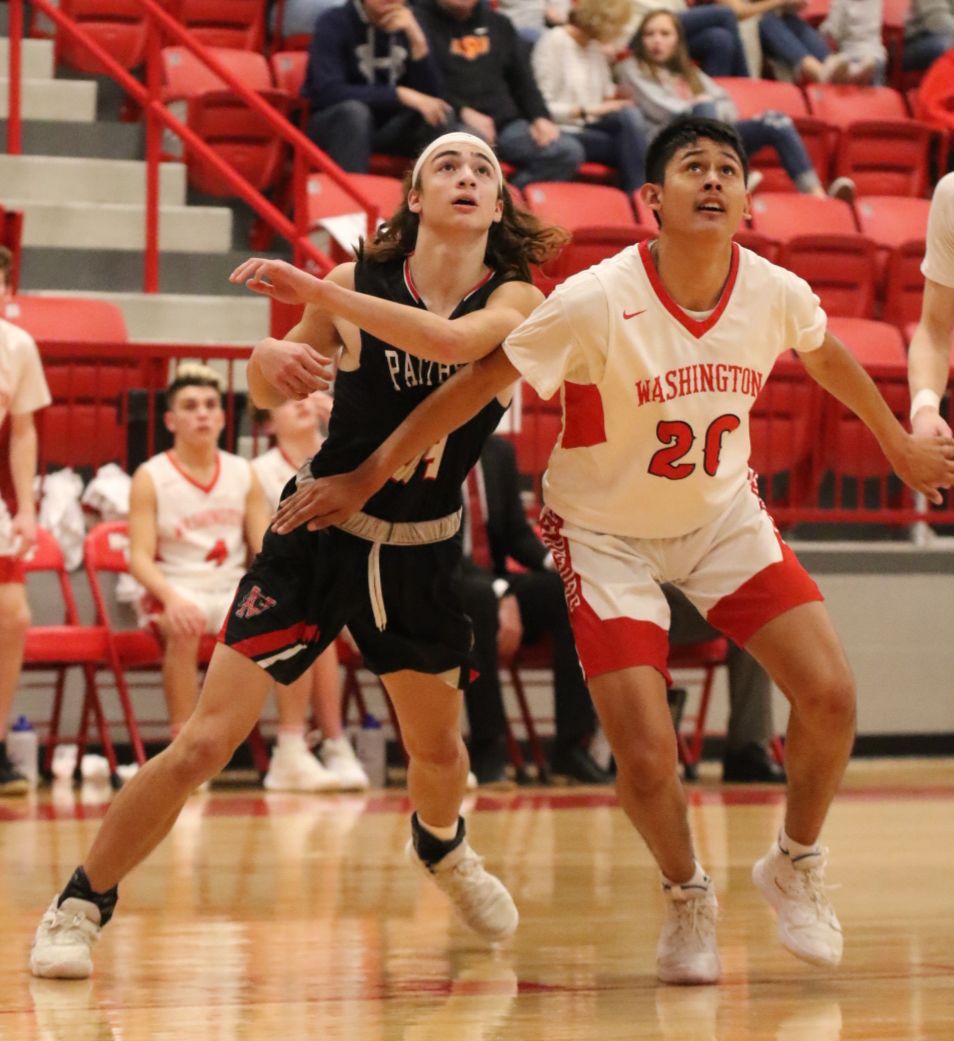 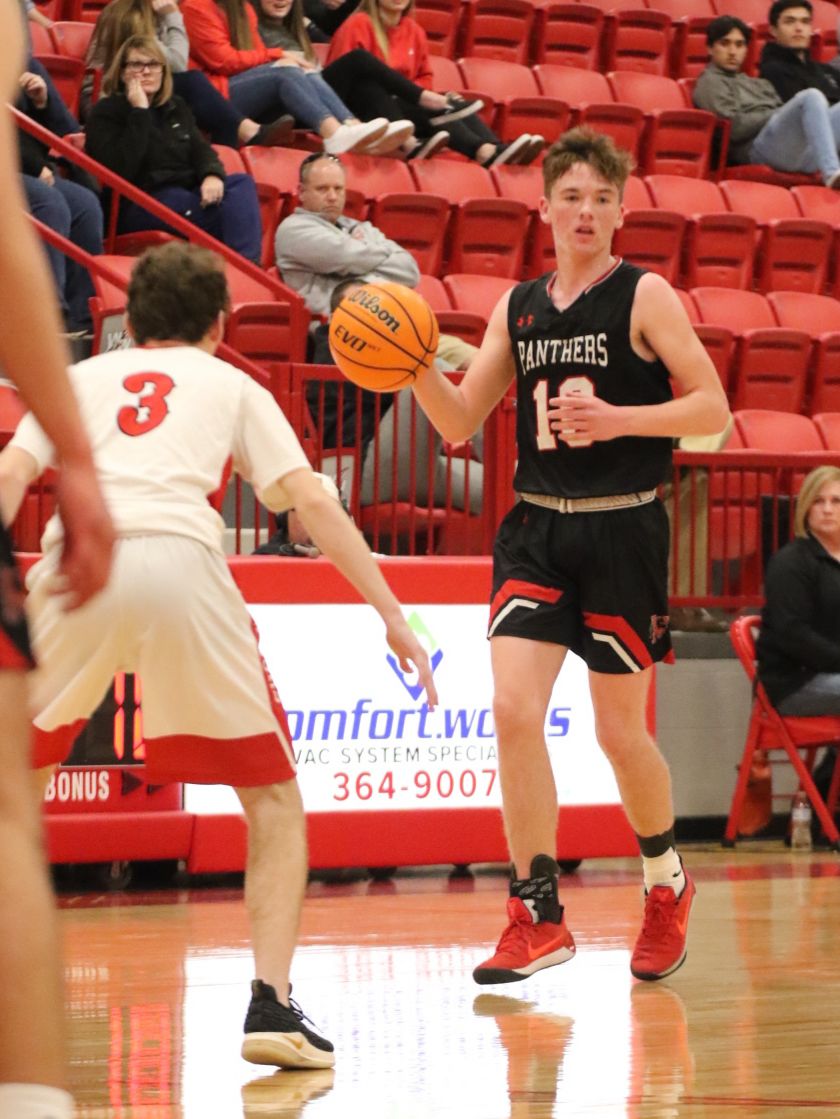 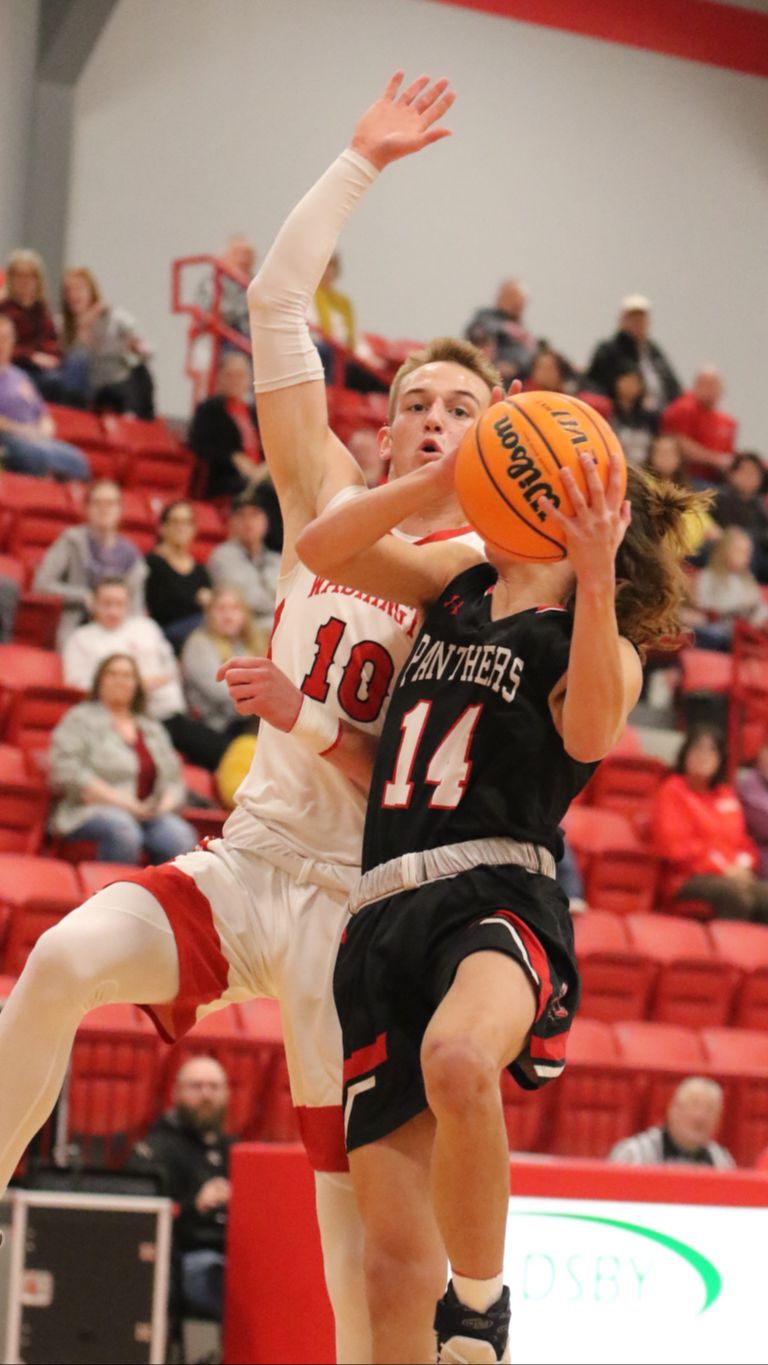 It was a game of runs in the Pauls Valley at Washington battle Friday. Washington had a 22-0 run late in the second and into the third to take a 16-point lead. Pauls Valley used an 18-0 run late to grab the lead back and then hang on for a 68-65 win over the Warriors.

Washington’s Kobe Scott sparked an early run for the Warriors with six points as they jumped out to an 11-2 lead.  Justin Humphrey finally got the Panthers rolling midway through the quarter with a 3-pointer that led to eight straight points.

Trailing by five to start the second quarter, Pauls Valley behind Humphrey went on a 16-5 run to take their first lead of the game, 26-20. Humphrey had nine points in the run.

At the midway point of the quarter, Washington got on a hot streak. Over the next five minutes they outscored Pauls Valley 22-0 behind 10 points from Luke Hendrix, and had a 42-26 lead a minute into the second half.

Luke Hamilton got the run stopped with a pair of free throws. PV cut the lead to 11 after a Hamilton 3-pointer but Washington quickly pushed the lead out to 18 with three minutes left in the quarter.

Hamilton connected with a two more 3-pointers in the quarter to help keep the Panthers close as they trailed by 14 heading into the fourth quarter.

The Panthers switched up their defense in the fourth quarter with some trapping full court pressure. The defense worked as it created turnovers that led to points and a huge Pauls Valley run.

Jose Fabela got the quarter started with a traditional 3-point play. Over the next 6:30, Pauls Valley chipped away at the deficit. At the three minute mark and PV trailing 59-55, Quincy Jackson took the team on his back scoring the next 8-points for a 63-59 lead.

Scott finally got the run stopped for Washington with a pair of free throws at the 1:30 mark and Hector Quinonez tied the game at 63 with a second set of free throws.

Jackson scored six straight points with just under a minute left in the game to give PV the lead again. Scott responded with 30 seconds left to tie the game at 65.

Luke Beddow’s lay in with 20 seconds remaining gave the Panthers a two-point lead.

The Panthers created a steal on the defensive end and Jackson was fouled sending him to the line with 5.6 seconds remaining. He made the back half of two shots for a three-point lead.

Washington pushed the ball quickly up the court and Hendirx got off a shot at the buzzer that just missed as Pauls Valley held on for the win.

Humphrey finished with a game high 16 points leading the Panthers. Jackson chipped in 13 including 9 in the fourth quarter.  Beddow finished with 12, Hamilton 11, Chasen Jolley 7, Fabela 5 and Ben Dobbins 4.

Pauls Valley will be back on the road Monday in their only game of the week as the face Marlow.