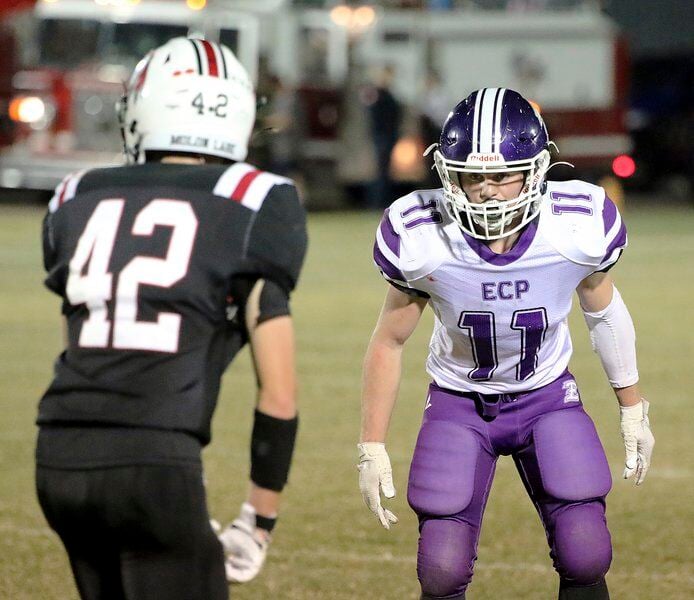 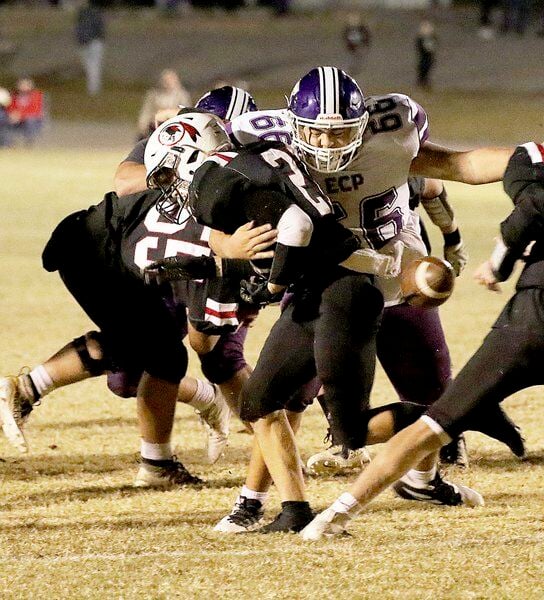 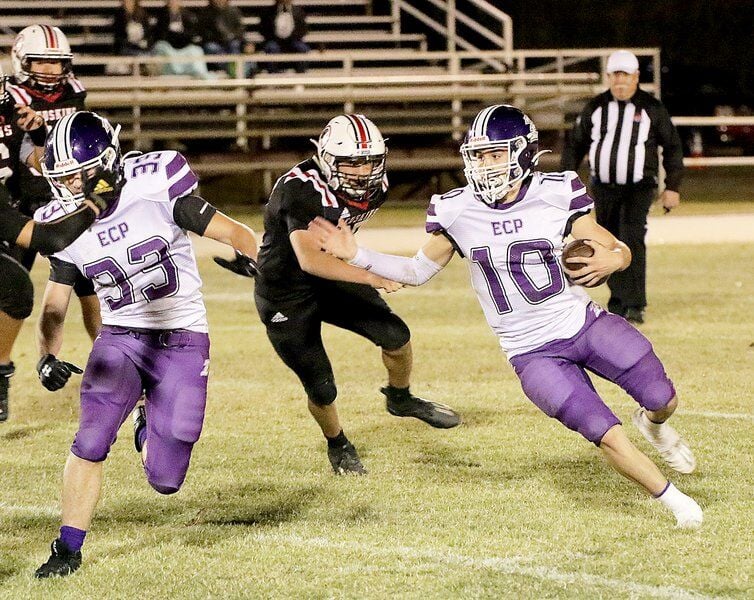 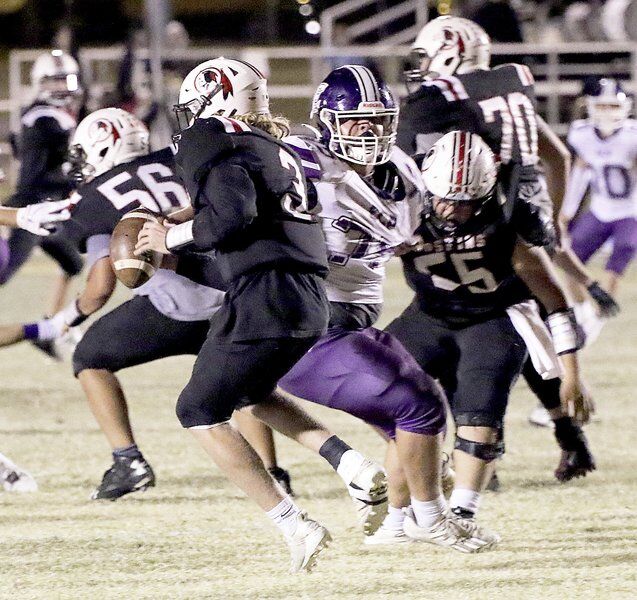 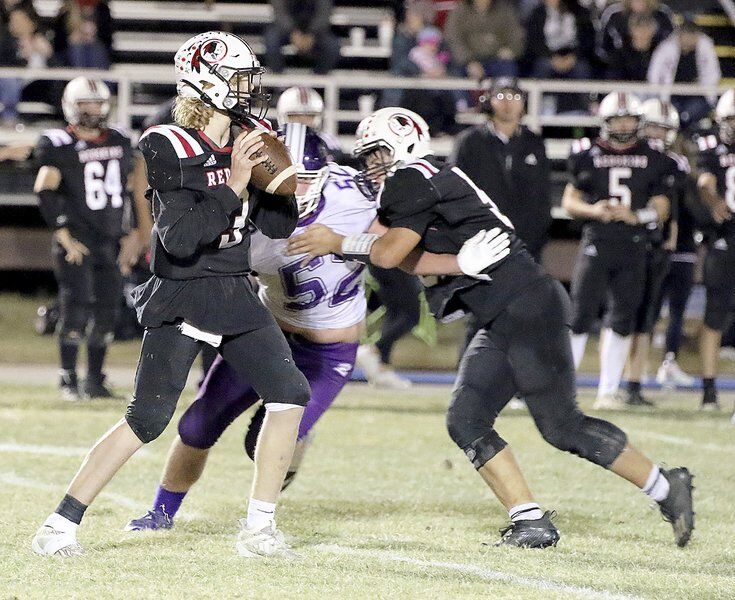 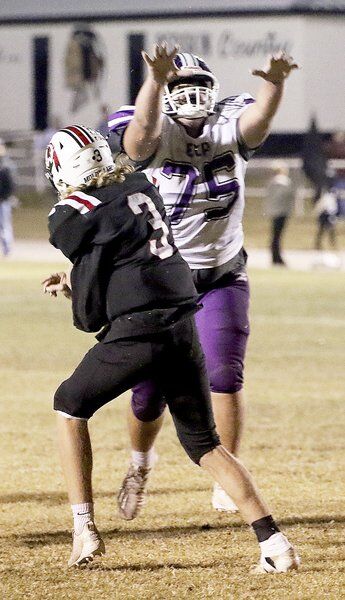 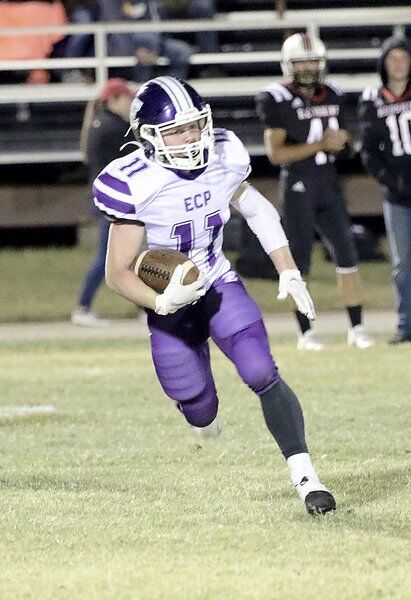 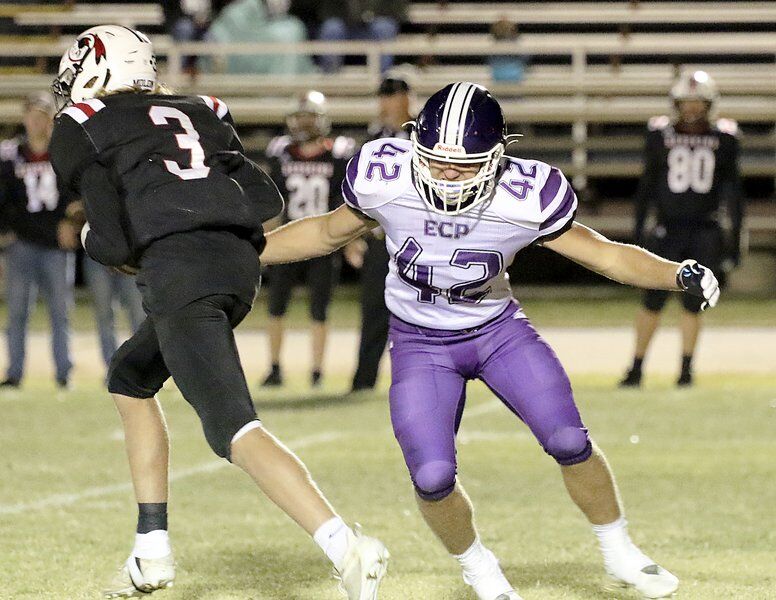 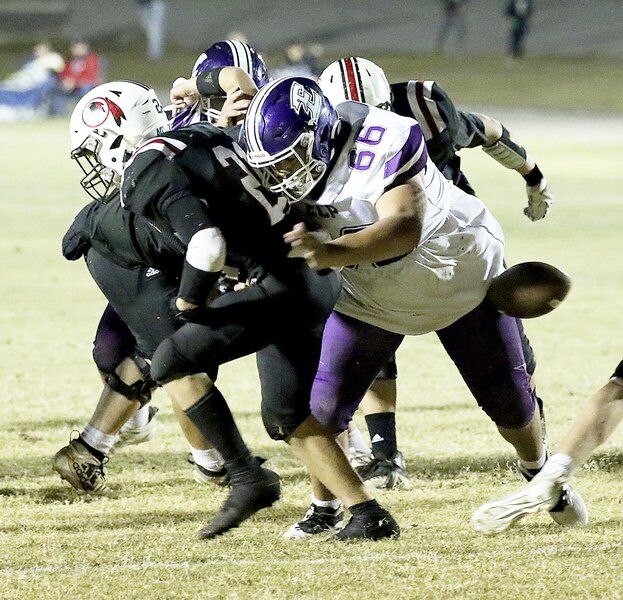 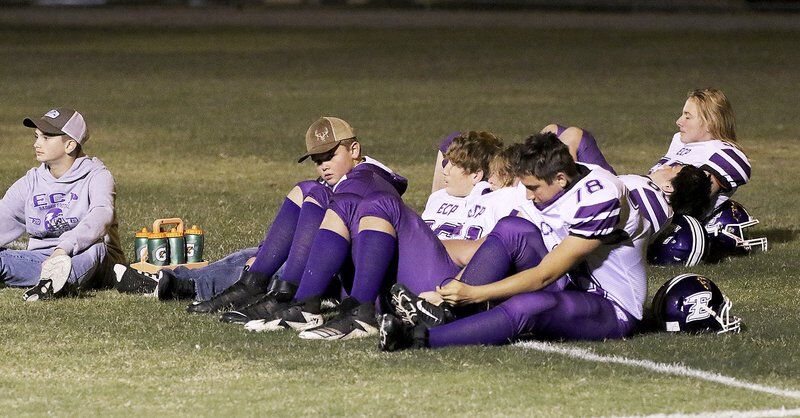 RUSH SPRINGS — The short-handed Elmore City-Pernell Badgers held off a late rally by Rush Springs on Friday night for a 45-38 win over the Redskins.

The Badgers were playing without several starters, including two of their top tailbacks, Davry Amparano and Derrion Rogers.

Junior quarterback Tyler Martin stepped up for the Badgers rushing for five touchdowns and 283 yards and also had a late interception that led to a touchdown.

“We had kids in new positions and learning on the fly to replace missing players,” head coach Larry Lewis said. “It wasn’t a pretty win, but that didn’t matter. I am so proud of our team for stepping up and showing their Badger pride and finding a way to win! “

Rush Springs jumped out quickly in the game returning the opening kickoff 75 yards for a touchdown and an 8-0 lead.

The Badgers responded midway through the first quarter as Hunter Burger raced in from 15 yards out and Martin’s conversion run tied the game at 8-8.

In a wild one minute stretch late in the first half, the lead change hands three different times.

Martin scored the first of his series of touchdowns racing through a crease in the right side of the Rush Springs defense for a 34-yard touchdown and a 15-8 lead. That play came at the 3:55 mark.

On the first play after the Badger kickoff, Zane Harper hit JT Crabb with a 56-yard touchdown pass giving Rush Springs a 16-15 lead at the 3:43 mark.

The Badgers responded 29 seconds later with Martin scoring his second touchdown on a 34-yard scamper for a 23-16 lead. That lead would hold up through the final three minutes of the half and throughout the third quarter.

The fourth quarter was just as wild as the end of the first half. Martin capped off a drive for the Badgers with a one-yard touchdown run as ECP took a 30-16 lead.

Rush Springs answered as Harper and Crabb hooked up again this time for a 56-yard touchdown pass cutting the lead to 30-24 with just over 7 minutes remaining.

Less than a minute after the Crabb touchdown, Martin was in the end zone again. Martin raced 45 yards for the touchdowns and a 38-24 lead.

Martin came up big on defense picking off Harper and returning the ball up the Rush Springs sideline 42 yards to the Redskin 3-yard line. Two plays later, Martin was in the end zone for the fifth time sneaking in from a yard out for a 45-24 lead.

Rush Springs wasn’t done through. The Redskins moved quickly down the field after the ECP score and Harper powered his way in from 5-yards out for the score, closing the gap to 45-32 with just under three minutes remaining.

The Redskins recovered an onside kick giving them the ball at the ECP 49-yard line. Rush Springs didn’t waste any time as Harper and Crabb hooked up again with a 49-yard touchdown pass cutting the lead to 45-38 wit 2:51 remaining in the game.

Rush Springs went for the onside kick again, but this time the Badgers recovered. ECP ran out the final 2:50 as they picked up a couple of first downs, holding on for the 7-point win.

The Badgers finished with over 400 yards in total offense, 399 of that coming on the ground. Behind Martin, Burger finished with 51 yards and a touchdown, J.W. Barnes had 49 yards rushing, Bill Brumley 9 yards and Waylon Moore 7 yards.

The Badgers were scheduled to host Ringling on Friday night, but that game has been canceled. They will open up the playoffs on Nov. 13.