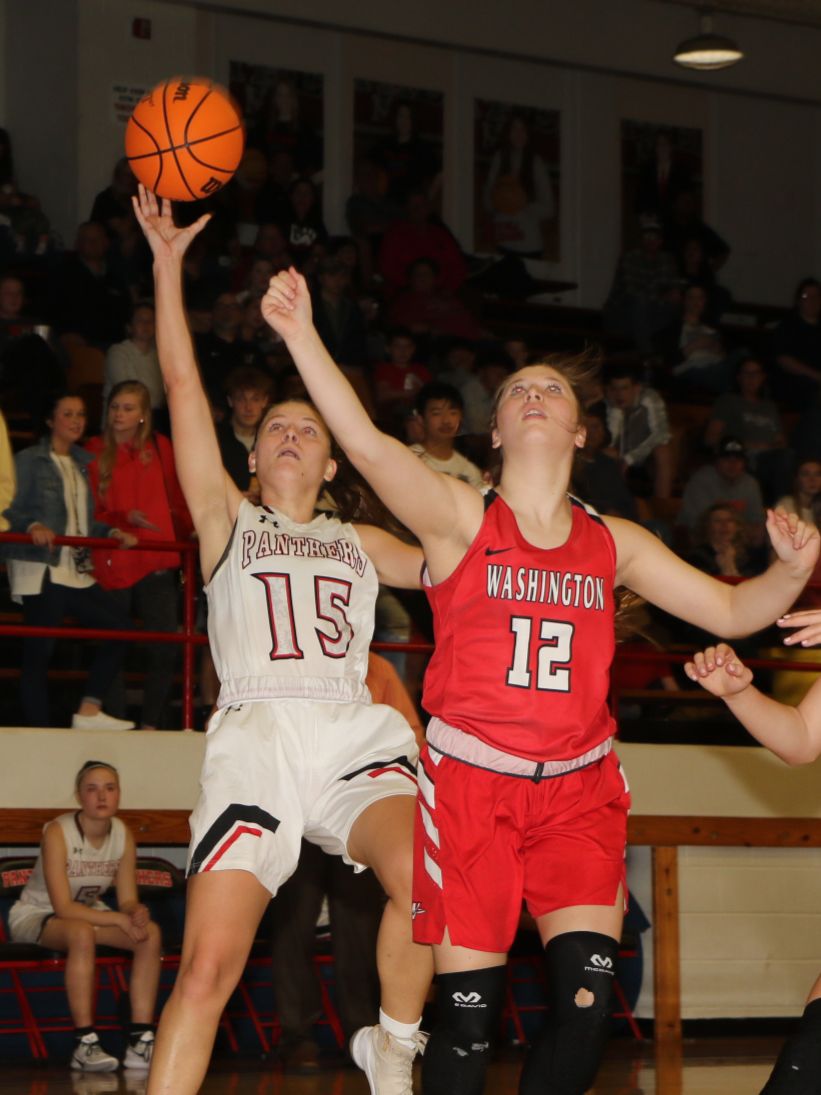 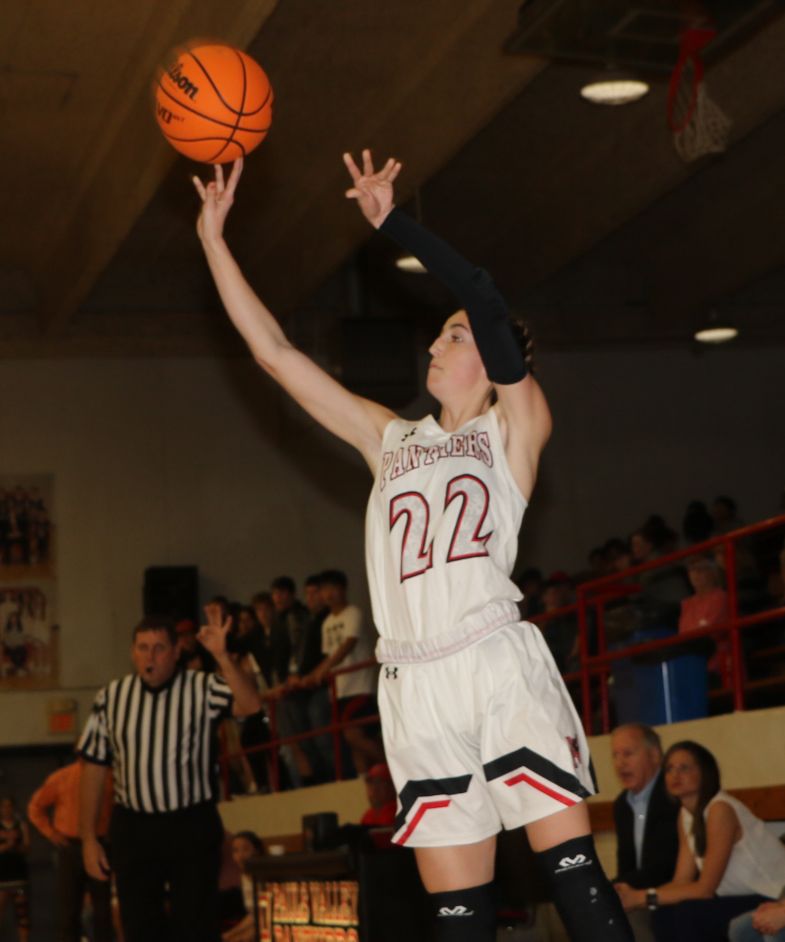 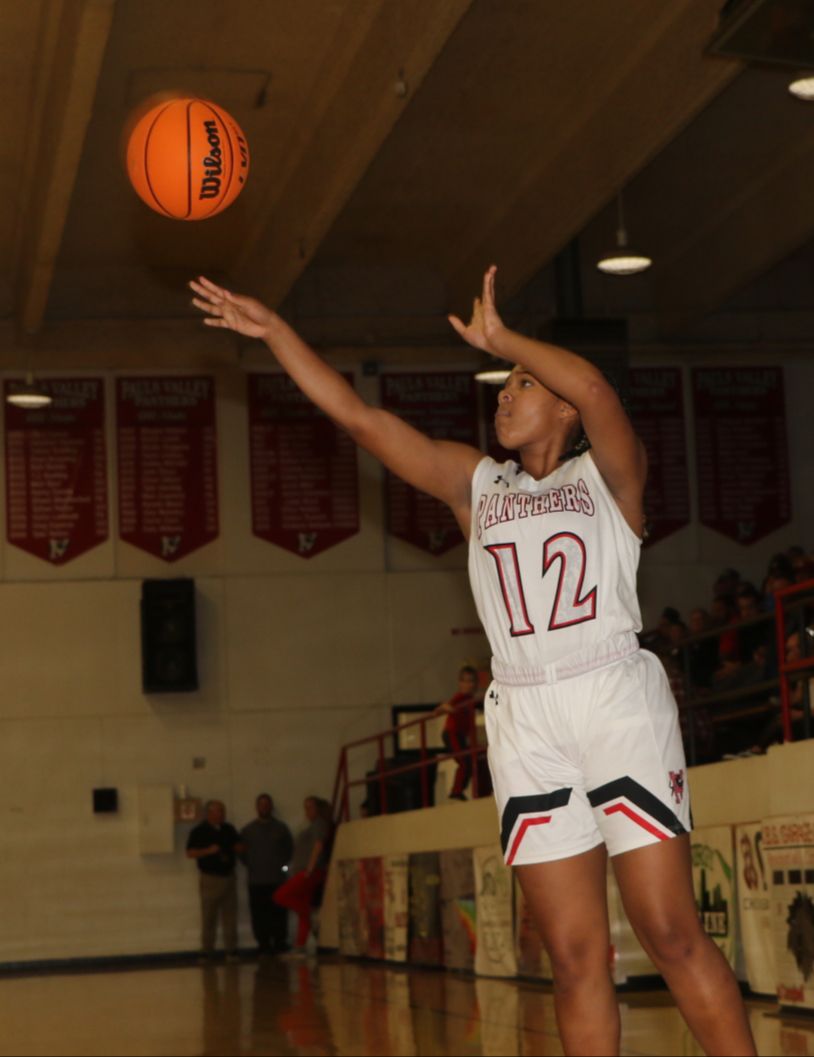 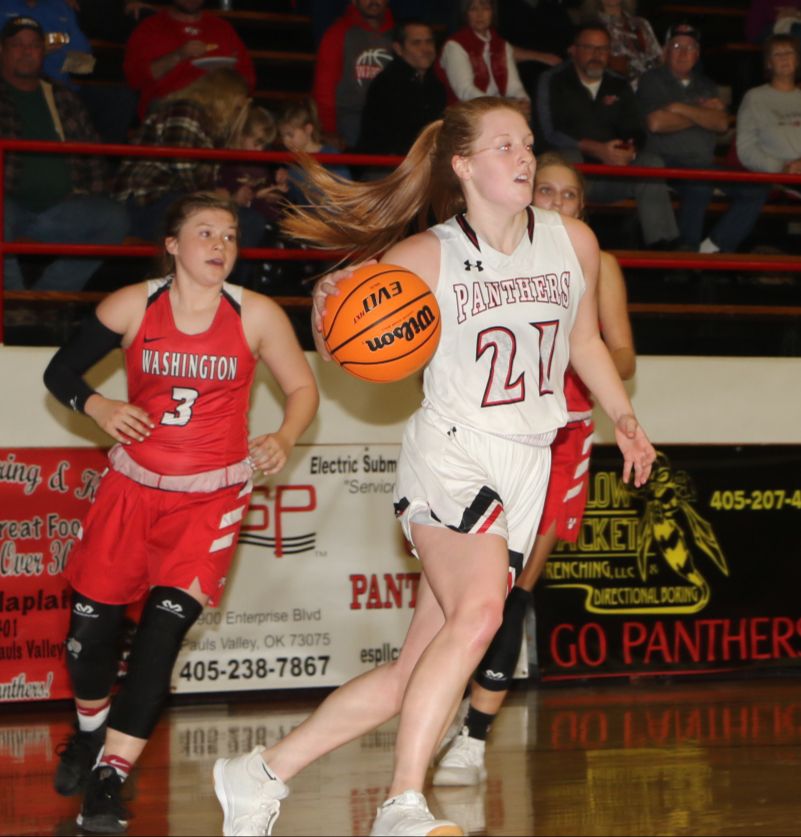 Anna Herd dribbles toward the basket. 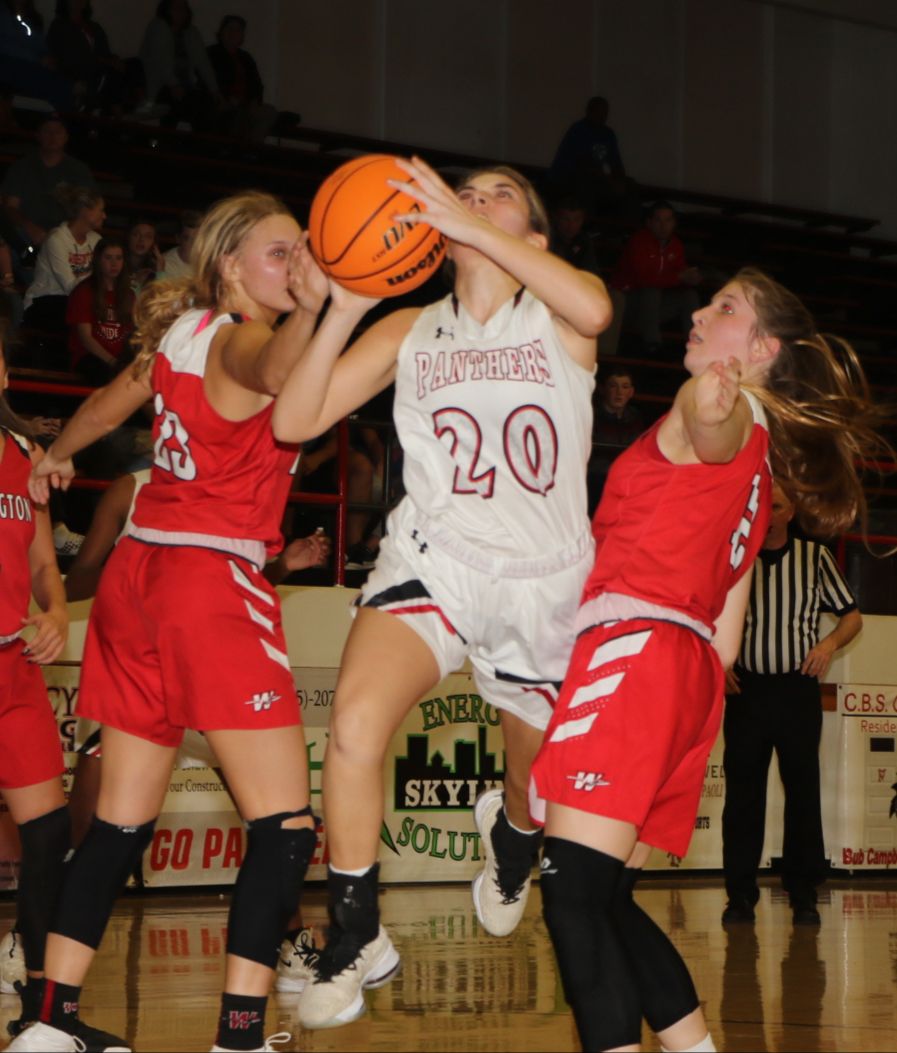 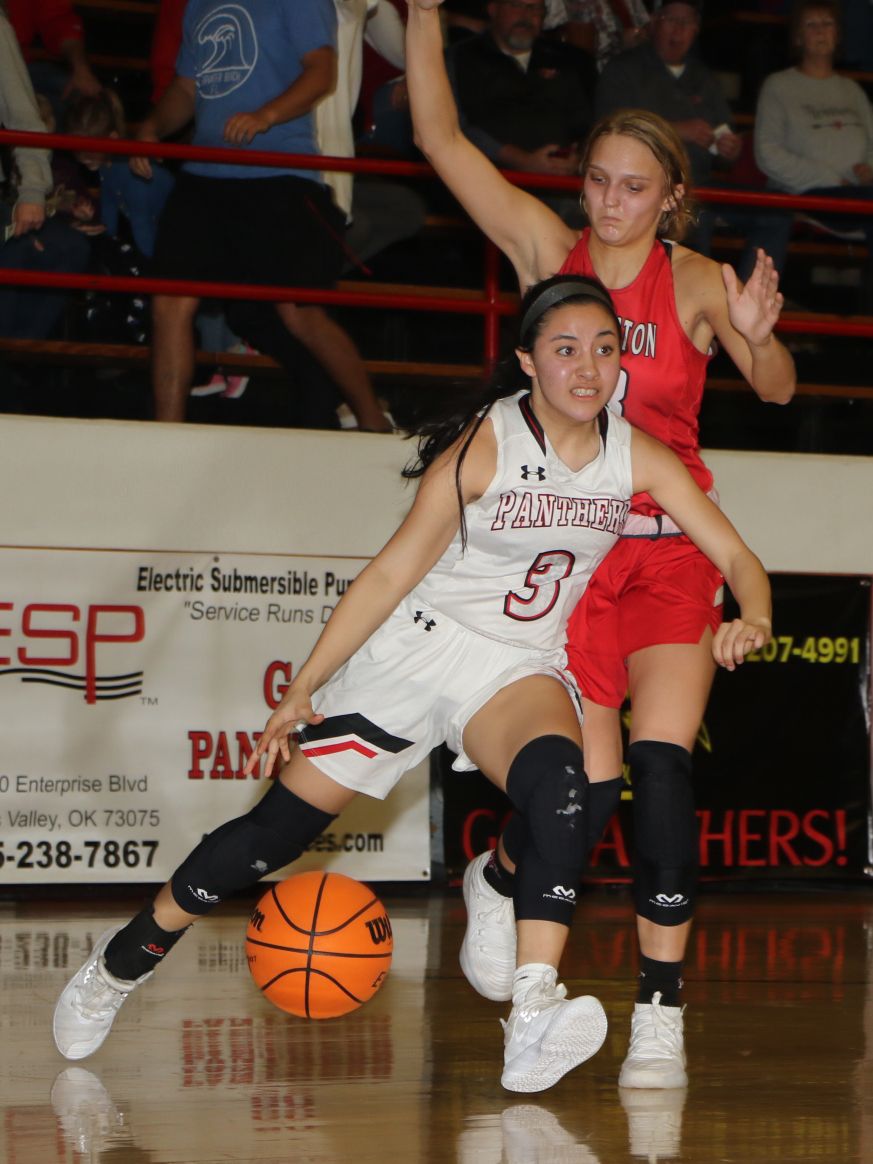 Jazmin Nunez turns the corner towards the basket.

Anna Herd dribbles toward the basket.

Jazmin Nunez turns the corner towards the basket.

The Pauls Valley Lady Panthers got back on the winning track Tuesday as they defeated Washington 58-47 moving them to 5-1 in Canadian Valley Conference play,

Six different Lady Panthers scored in the opening quarter as they jumped on top of Washington early for a 15-11 lead. Pauls Valley had three 3-pointers in the quarter with Sebriana Harper, Anna Herd and Chesney Dudley all hitting one.

Washington fought back early in the second quarter taking their first lead of the game midway through the quarter on a Tinley Lucas short jumper. Pauls Valley responded with 9 straight points and a 9-1 run to end the quarter in taking a 28-21 lead. Katlyn Davenport had four points to lead the run that gave them the lead for good.

Washington was luckly that PV couldn't hit free throws in the run or the deficit might have been even greater. PV hit 4-of- 11 in the run with two of those coming at the end of the run from Herd. In all, PV finished the night hitting only 11-of-24 from the stripe.

Lindsay mounted a comeback late in the third and into the fourth with a 16-6 run that cut the lead to seven, 46-39. Laylin Scheffee five points in the run to lead Washington. That would be as close as Washington would get.

Davenport and Harlee Jones had four points each in an 8-2 run that gave them some cushion down the stretch. The lead grew to as many as 14 late in the game behind four straight Davenport free throws before settling in at an 11-point margin.

Davenport led the way for Pauls Valley with 18 points. Jones, Herd and Dudley added 9 each, Harper 8, Jazmin Nunez 3 and Madison Delaplain 2. Washington was led by Scheffee who had 18. Lucas added 8, Xamy Johnson 6, Matt Richardson 5, Kyndall Walls 4 and Madison Myers and Karlie Kilcrease 3 each.

Pauls Valley will travel to Lindsay on Friday as they face rival Lindsay in a conference battle.