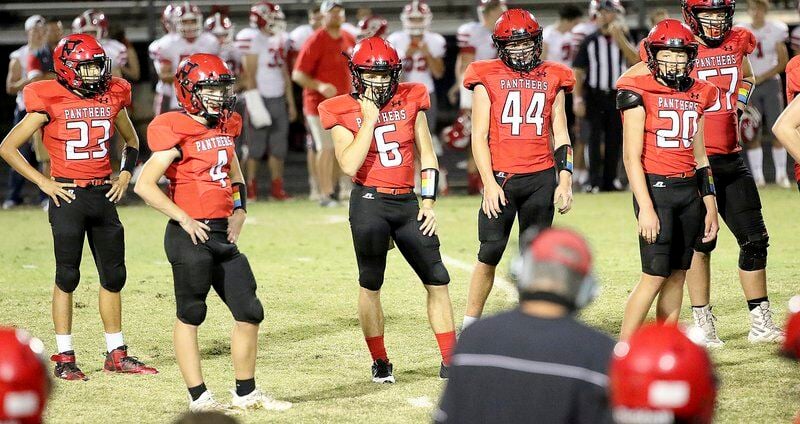 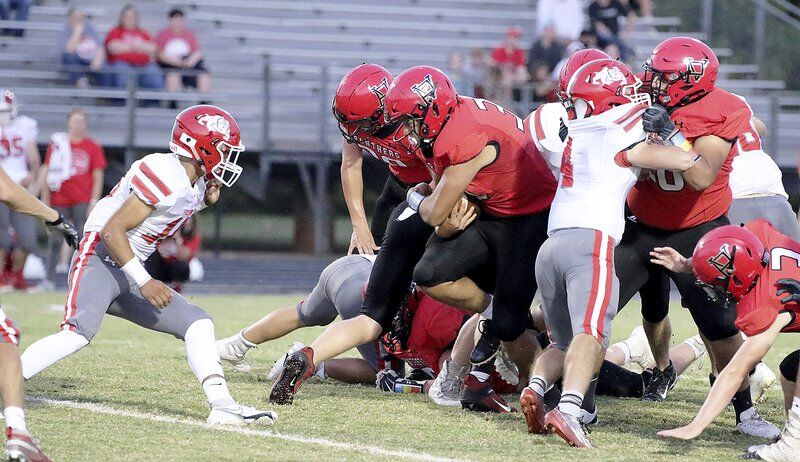 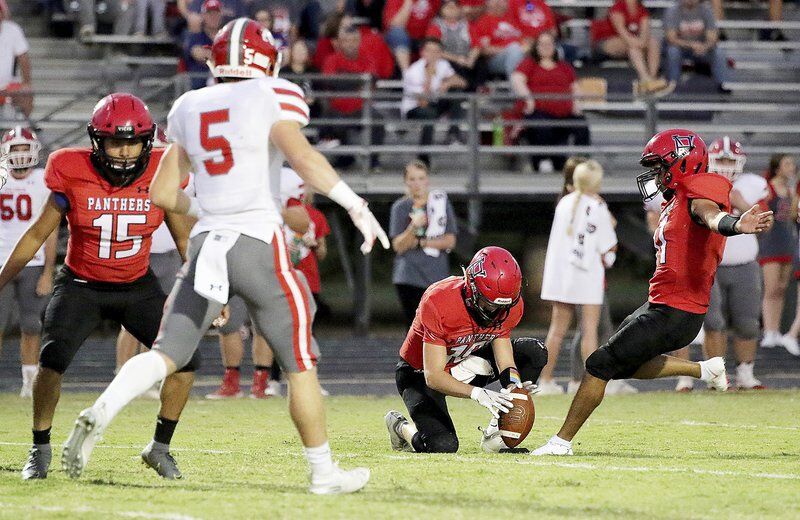 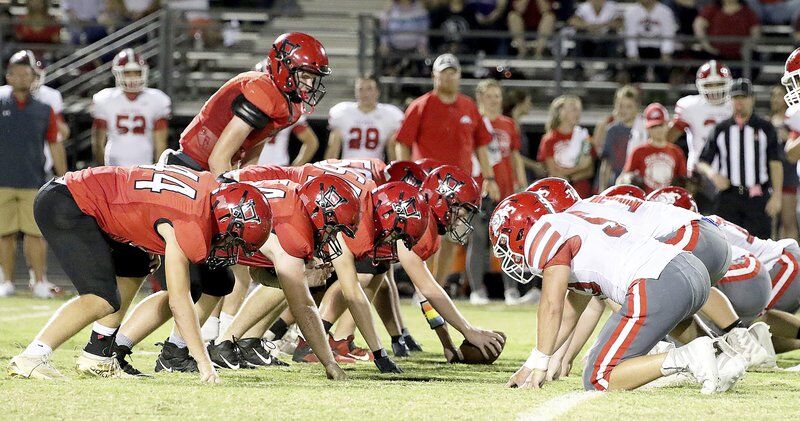 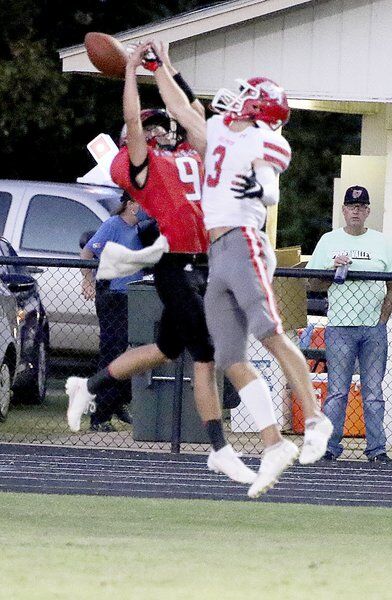 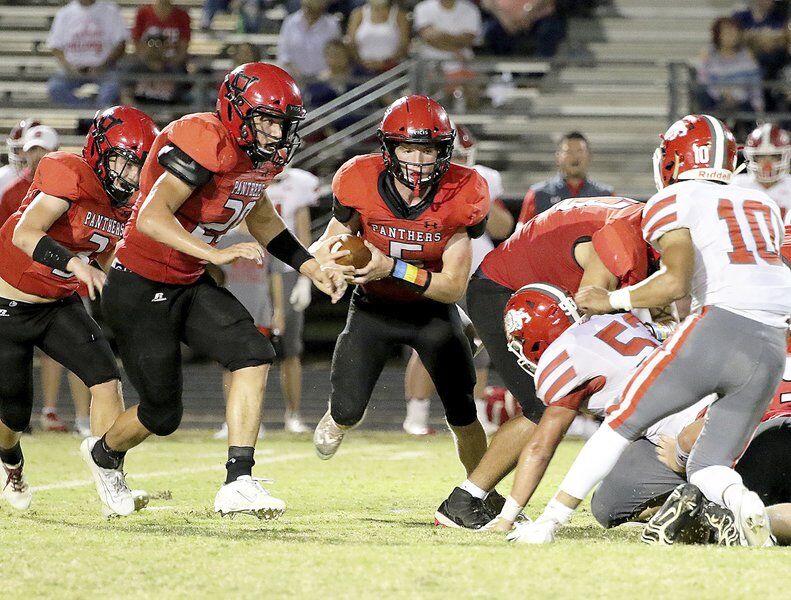 A close game quickly turned in favor of the visitors Friday night at Thompson Field. With Sulphur leading 7-0, the Bulldogs exploded for 21 points over a six-minute stretch in the second quarter jumping out to a 28-0 lead and then pulling away for a 41-7 win over the host Pauls Valley Panthers.

The Panthers caught the first break of the game as Sulphur fumbled at their own 33-yard line that was recovered by Pauls Valley.

PV picked up a first down as DelToro and Humphrey carried PV to the 23-yard line on four straight carries. Humphrey then hit Chasen Jolley with a five-yard pass to move the ball inside the 20 and a second fourth down pickup gave PV a first down at the 13-yard line.

Sulphur got the ball back at their own 20-yard line and moved quickly down the field. Runs by Logan Smith and Reese Ratchford moved the ball out to midfield. Ratchford dropped back to pass on first down and hit Spur Pitmon with a 50-yard strike for a 7-0 lead.

Four minutes later, Smith was in the end zone again this time from 28 yards out as Sulphur took a 21-0 lead.

Two minutes later, Sulphur had the ball again and Ratchford had two big pass plays of 22 and 33 yards moving the ball inside the 10-yard line. Ratchford capped off the drive with an 8-yard TD run and a 28-0 lead.

The Panthers put together their best drive of the game. Starting from their own 17, the Panthers moved up the field. A big run by Weilenman got the drive started.

Humphrey hit 3-of-4 passes in the middle of the drive for 39 yards. Jolley had a catch for 15 yards and Smith had two catches for 9 and 15 yards. A personal foul penalty was tacked on to the of Smith’s second catch giving PV a first-and-goal at the five. Two plays later Humphrey found his way into the end zone from five yards out as PV cut the lead to 28-7 heading into the break.

Smith scored his third touchdown of the night on the first drive of the second half on a 35-yard run.

Todd finished the scoring for Sulphur hauling in a 19-yard pass from Ratchford for a 41-7 lead midway though the third period.

That would be all the scoring as the two teams finished 19 minutes with reserves.

Pauls Valley struggled on offense against the aggressive and hard hitting No. 9 Bulldog defense. PV finished with 165 total yards, 121 yards on the ground by 10 different ball carriers, and 42 through the air.

Pauls Valley quarterback Justin Humphrey had his streak of 100 yard games come to an end at four as Sulphur held him to 25 yards on the ground. Mason Smith led the Panther ground attack with 29 yards. Landin Weilenman added 28 yards and Isaiah DelToro added 17.

Ratchford finished with 171 yards through the air with two touchdowns and a rushing touchdown. Smith had 114 yards and three touchdowns.

Pauls Valley will look to rebound next week as they travel to Madill to face the Wildcats. Madill is 1-2 in district action after a 32-24 loss at Plainview.

Sulphur will host No. 6 Kingston in a key district game. The Redskins are 6-0 on the season after last week’s 70-0 win over Little Axe.