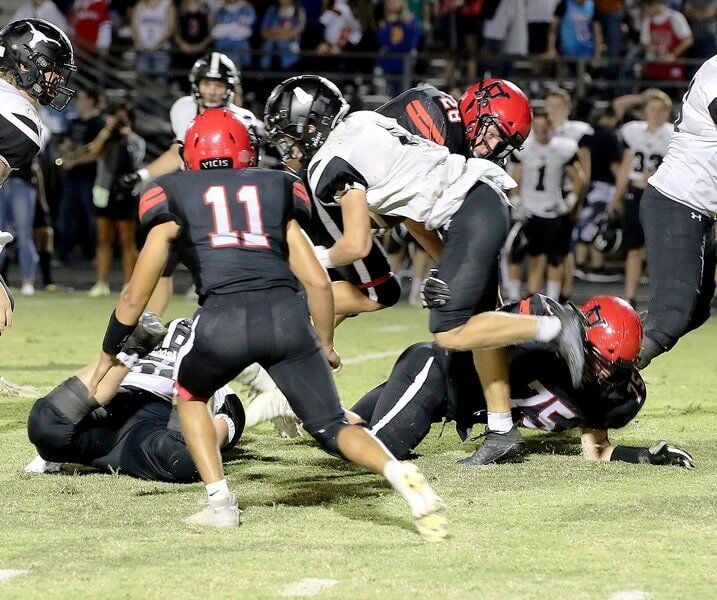 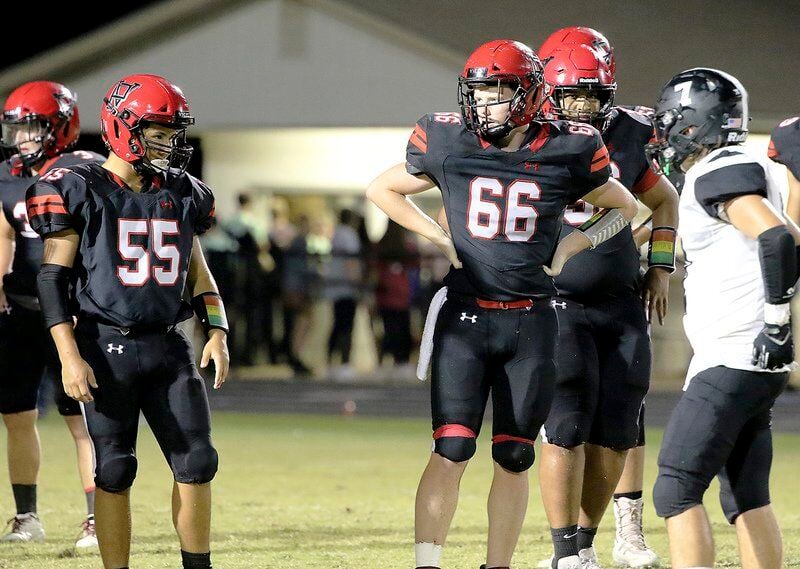 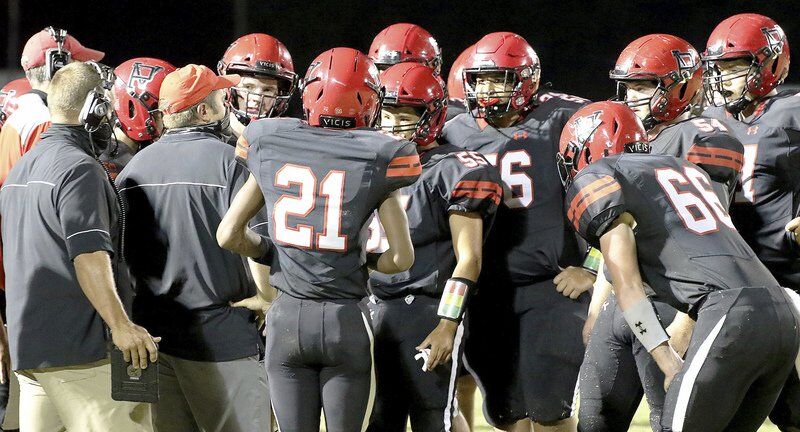 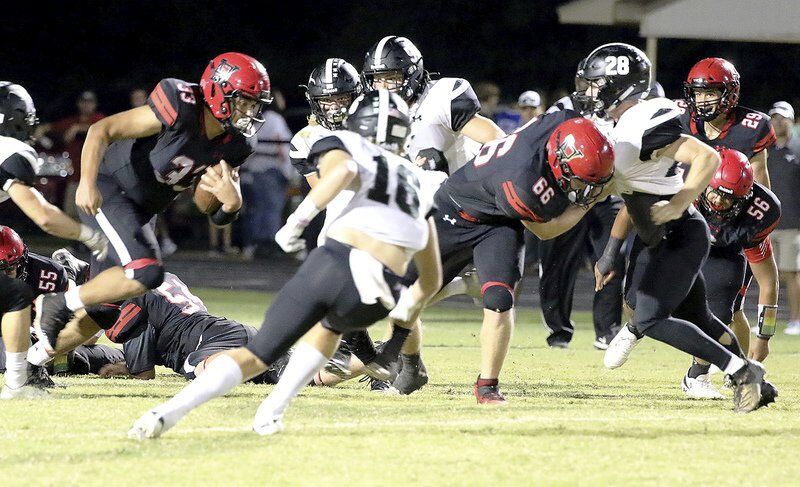 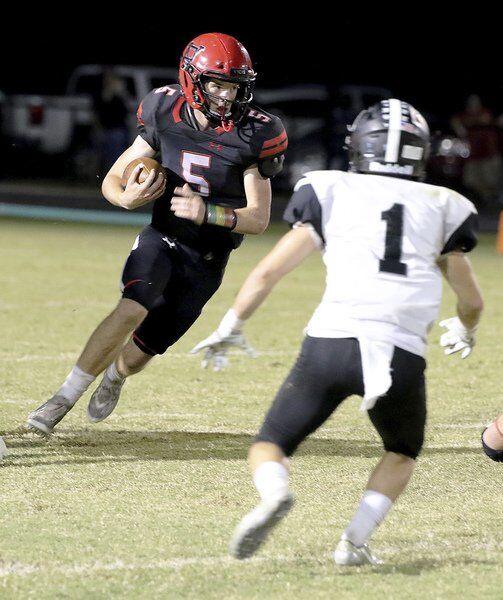 The Pauls Valley Panthers ran into a buzzsaw Friday night losing a 47-7 decision to the Lone Grove Longhorns.

The Longhorns broke up a tight game with 33 straight points in the final three quarters. The Horn offense blitzed the Panther defense for over 500 yards.

Jace Brandenburg was 11 of 13 passing for 321 yards and four touchdowns and Cooper Robinson added 129 yards on 21 carries with two touchdowns to lead the lead the Horn ground game that had 263 yards. Malik Brown led the receivers with 4 catches for 117 yards and two touchdowns.

Pauls Valley finished with 220 total yards behind Justin Humphrey’s third 100 yard game of the season as he finished with 126 yards rushing and the Panthers lone touchdown.

Lone Grove kicked off to start the game and recovered a fumble at the Panthers 38-yard line. Three straight carries by Robinson and the Horns were in the end zone with a 7-0 lead.

Pauls Valley’s offense got the ball back on the ensuing kickoff and put together a 15-play drive that used up 8 minutes off the clock. Landin Weilenman and Justin Humphrey had a bulk of the carries in the drive that moved the Panthers into scoring territory. After converting on two fourth down plays in the drive, Lone Grove stopped PV on a fourth-and-three from the Horn 9 to get the ball back.

Lone Grove went 92 yards back down the field with Braxton Sparks scoring on an 11-yard run for a 14-0 lead.

Pauls Valley got the ball back at their own 30 on the ensuing kickoff. On the first play, Humphrey found a crease in the middle of the Horn defense going 70 yards for a touchdown cutting the lead to 14-7 at the end of the first quarter.

Lone Grove would score two touchdowns in the final three minutes of the first half. Brandenburg connected with Cale McLean for a 5-yard TD and then hit Malik Brown with a 12-yard TD as Lone Grove to a 26-7 halftime lead.

The Horns opened up the second half like they ended the first half with a pair of Brandenburg touchdown passes. Blayde Wilkerson hauled in a 54 yard pass for a TD and Brown added his second of the night with a 71-yard TD catch and a 40-7 lead.

Robinson got his second touchdown of the night late in the third quarter with an 8-yard touchdown run.

The Panthers will regroup and travel to Little Axe Friday night to face the Indians. Little Axe is 0-3 on the season after a 63-0 loss to Sulphur in district action last week.