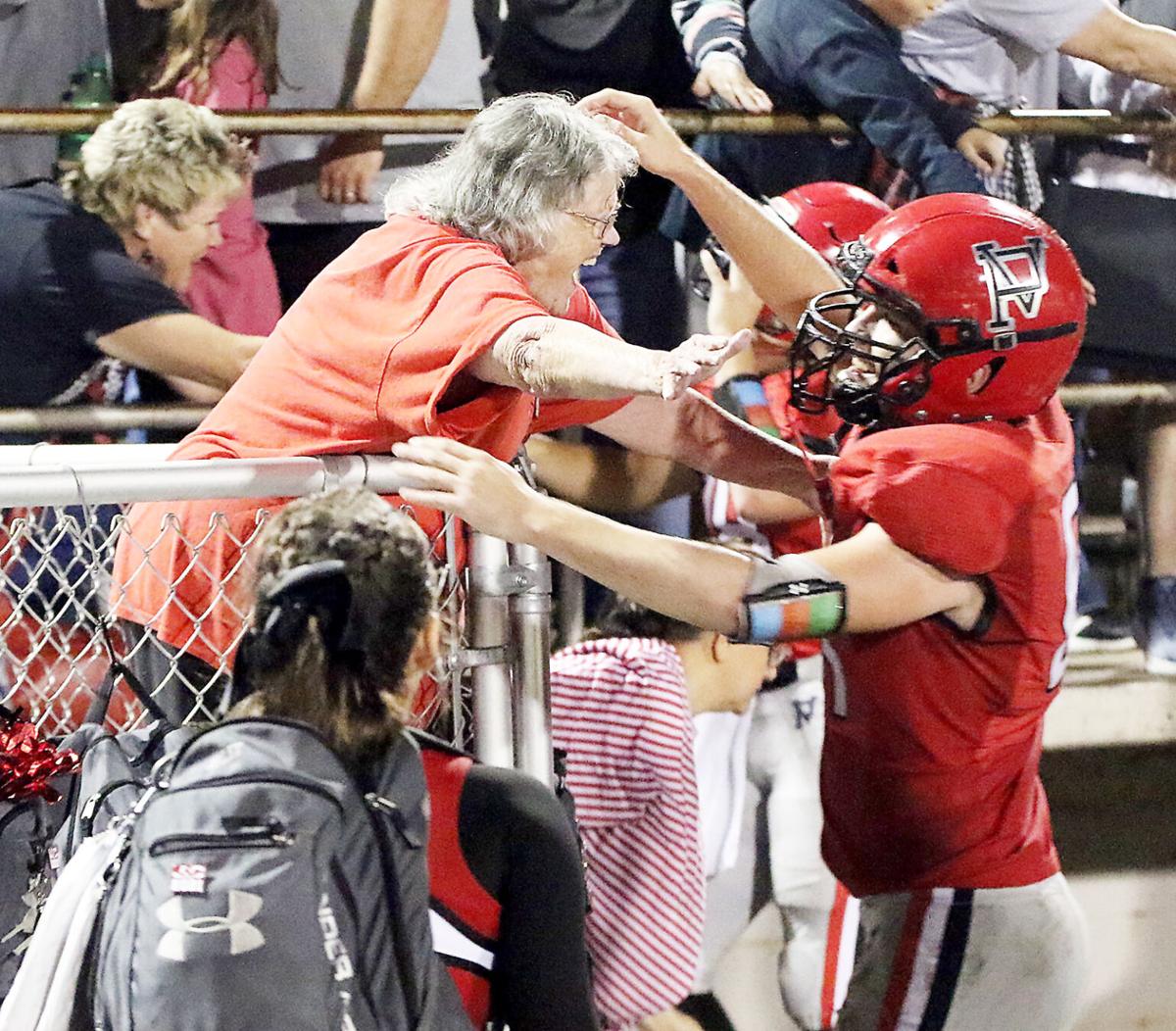 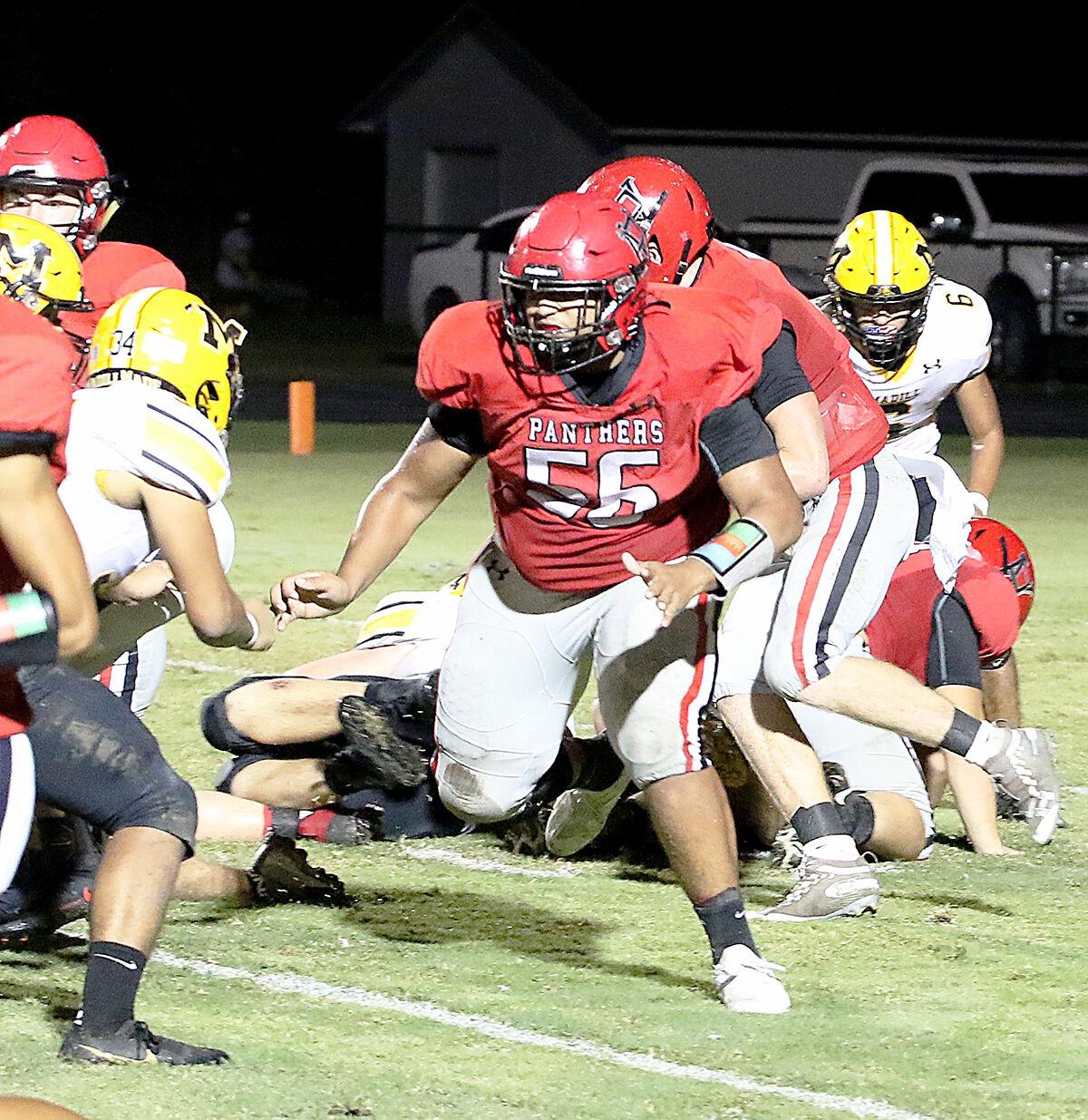 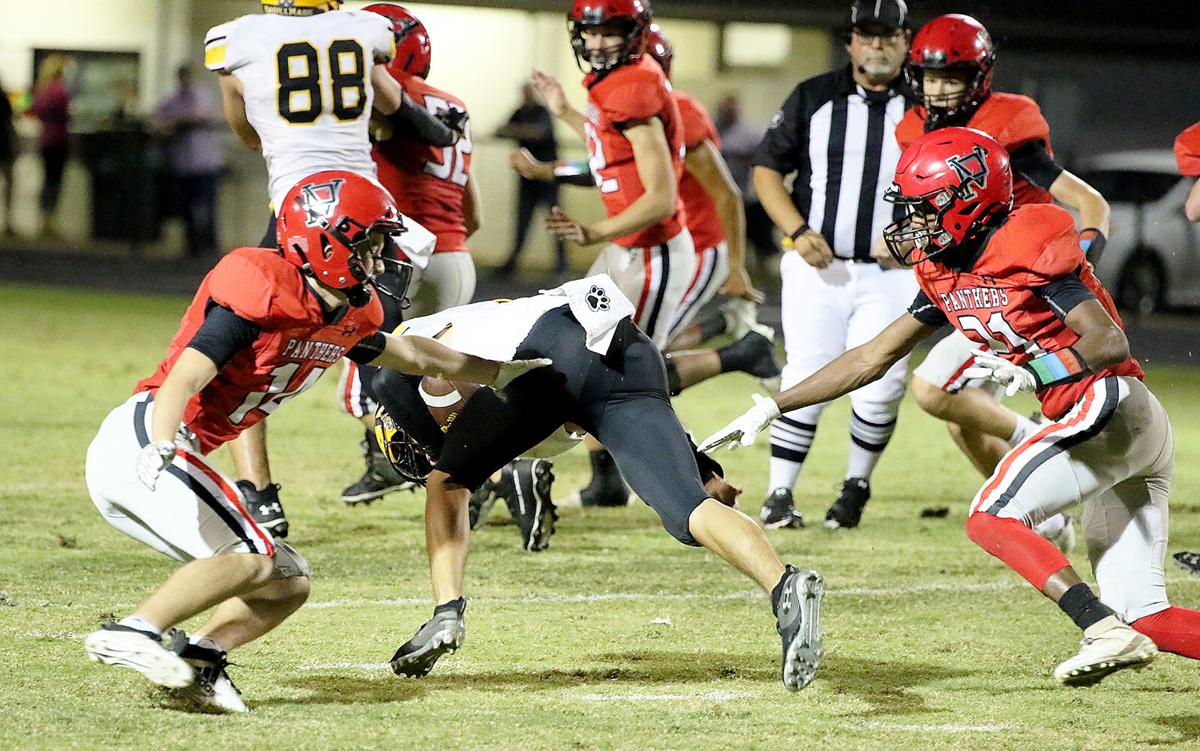 If you late getting to you seat in Thursday’s Madill at Pauls Valley game, you may have missed all the scoring.

Over the first quarter and a half, Pauls Valley took a 10-7 lead. During the final two and a half quarters it was the defense’s that shined as PV held on for a huge 10-7 win in District 3A-2 action.

“It was a huge win against a potential playoff team,” head coach Dusty Raper said.

The Pauls Valley Panthers opened the game with the football and Dakota Weatherford gave PV great field position with a 29-yard kickoff return to the Madill 39-yard-line.

The Panthers moved the ball inside the red zone and had a first-and-goal at the 10-yard-line. Madill’s defense stepped up stopping PV on three plays and forcing a field goal attempt. Juan Pablo Amaya split the uprights from 25-yards out for a 3-0 lead three minutes into the game.

Madill got the ball for the first time and on their first offensive play, Pauls Valley’s Mason Prince picked off Madill quarterback Ty Rushing giving the Panthers the ball at the Madill 30-yard-line.

The Panthers worked quickly. After two running plays, the Panthers went to the air and Justin Humphrey found Maddex Prince for a 26-yard touchdown pass and a 10-0 lead.

Midway through the second quarter, the Wildcats put together a 13-play, 60-yard scoring drive. Madill converted twice on fourth down to keep the drive alive. Rushing capped off the drive with a four-yard touchdown pass to Yovanny Robles that cut the lead to 10-7.

The Panthers milked 8 minutes off the clock in the fourth quarter taking the ball from their own nine-yard-line to the Madill 20-yard-line. PV ran 14 plays and converted on two fourth down plays to keep the drive alive. A third fourth down try ended in an interception with 3:40 remaining.

Madill put together a 14-play drive that moved the ball deep into Panther territory. On fourth-and-10 at the PV 13, the Panthers pressured Rushing forcing a sack and a turn over on downs. Pauls Valley took a knee to run out the 10 seconds for the win.

The Panthers finished with 240 yards in total offense. They had 160 yards on the ground and 80 through the air.

Humphrey finished with 138 yard rushing and was 6-of-14 passing for 80 yards and a touchdown. Landin Weilenman had 26 yards rushing on 8 carries.

Five different players had receptions with Maddex Prince leading the way with one catch for 26 yards and a touchdown. T.K Jaggers had a catch for 20 yards, Mason Smith 1 catch for 15 yards, Weilenman 2 catches for 10 and Mason Prince on catch for 9 yards.

“Our defense is playing so well because we are playing well at all levels,” Raper said. “Our defensive line is doing a great job of disrupting things that allows our linebackers and secondary to play free and make plays. We have started to force more turnovers which is a huge plus.

“Brayden Patchell is the QB of the defense. He gets us lined up and make calls every down. He is leading us in tackles with 85 through 7 games but a big part of that is how well we are playing in front of him.”

“Kingston is going to be a very physical team,” Raper said “They have had a ton of success recently and we are going to have to play our best in all 3 phases to have a chance to win.”