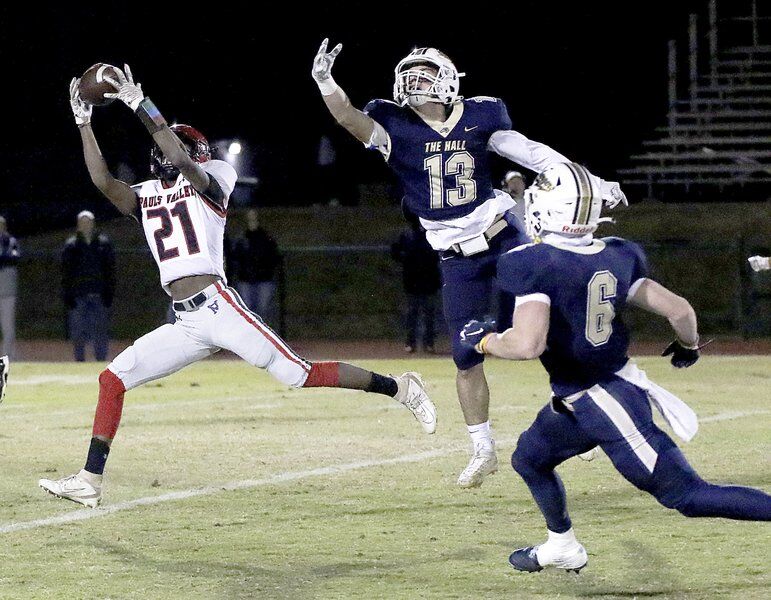 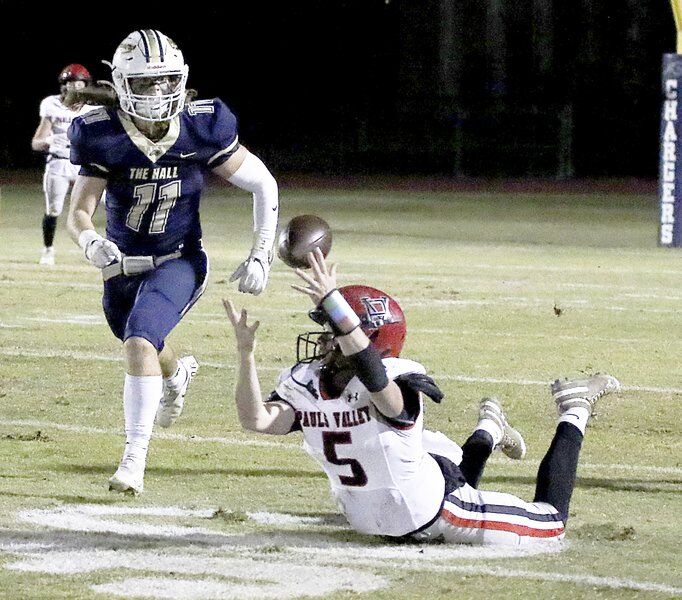 Pauls Valley's Justin Humphrey dives and reaches out to make a catch on a half-back pass during Friday's 59-20 loss to Heritage Hall. (PV Democrat photo by Mike Arie) 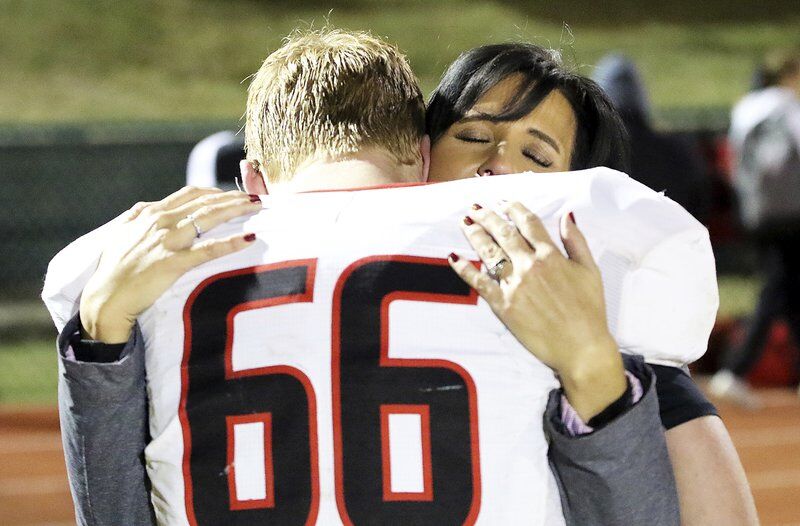 Pauls Valley's Justin Humphrey dives and reaches out to make a catch on a half-back pass during Friday's 59-20 loss to Heritage Hall. (PV Democrat photo by Mike Arie)

The Pauls Valley Panther football season came to an end Friday night at No. 2 Heritage Hall in the opening round of the Class 3A playoffs.

The Chargers flexed their muscles early and rolled to a 59-20 win over the Panthers.

Justin Humphrey had over 100 yards passing with a touchdown and 60 yards rushing against the tough Charger defense. Landin Weilenman had 75 yards rushing and two touchdowns.

Heritage Hall scored three times in the opening five minutes of the game. Gavin Freeman raced in for 34 yards out to open up the scoring and Paque raced in from 11 yards out and then threw a 43-yard TD pass to Liam Burton for a 21-0 lead.

Pauls Valley got on the scoreboard in the middle of the quarter. Humphrey made a perfect pass over two Charger defenders and into the hands to TK Jaggers who was running in full stride as he raced the final 40 yards of a 62-yard pass for a touchdown cutting the lead to 21-7.

Heritage Hall scored two more times in the final six minutes of the quarter, a Paque 1-yard run and a 17-yard pass from Paque to Zach Fetrow for a 34-7 lead.

The Chargers scored two more times in the opening half as Luke Butler hit a 37-yard field goal and Paque a 29-yard TD pass to Freeman for a 44-7 halftime lead.

Jaxon Carter opened the second half with a 5-yard TD run for HH.

Pauls Valley's offense got going in the fourth quarter with a pair of touchdowns. A 35-yard pass from Humphrey to Prince set up an 18-yard touchdown run by Weilenman. Weilenman added a 12-yard touchdown run in the middle of the quarter that cut the lead to 51-20.

Barrett Travis finished off the scoring for Heritage Hall with a 20-yard TD run and a 59-20 win.

The Panthers finish the season with a 5-6 record.