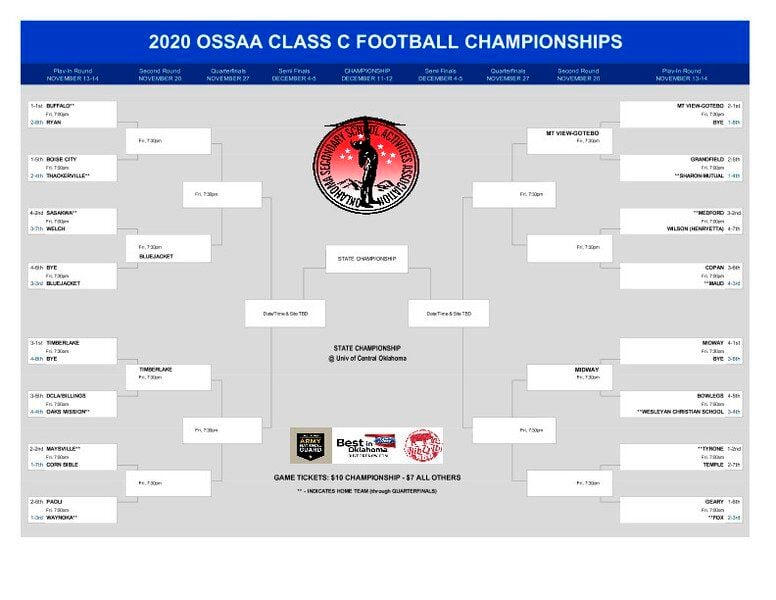 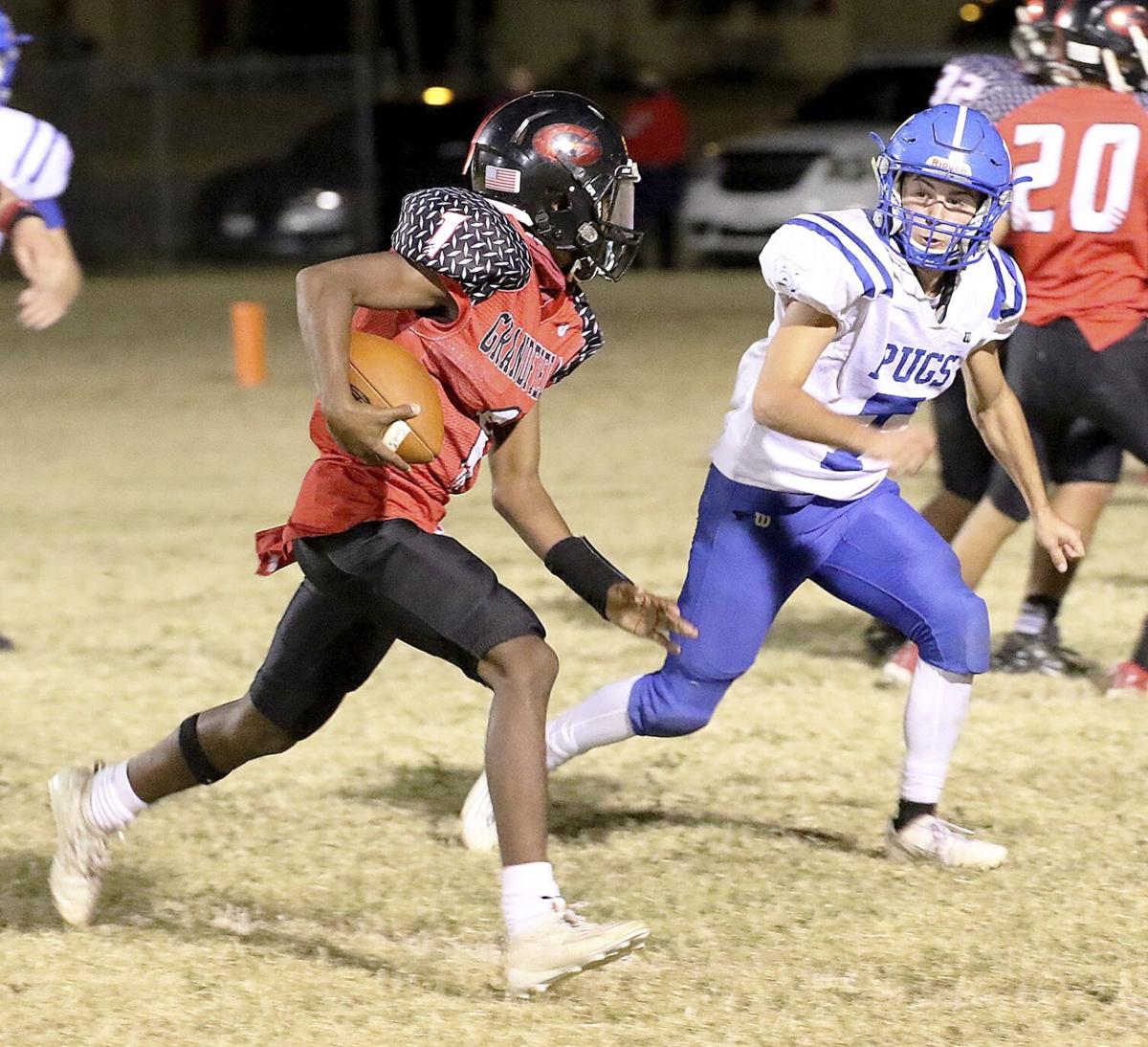 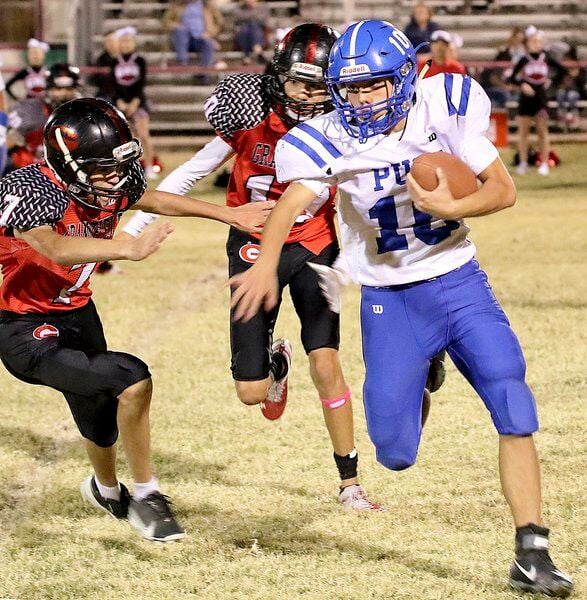 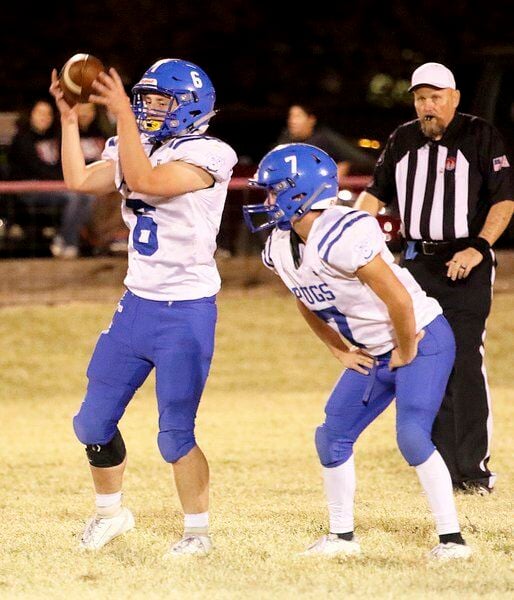 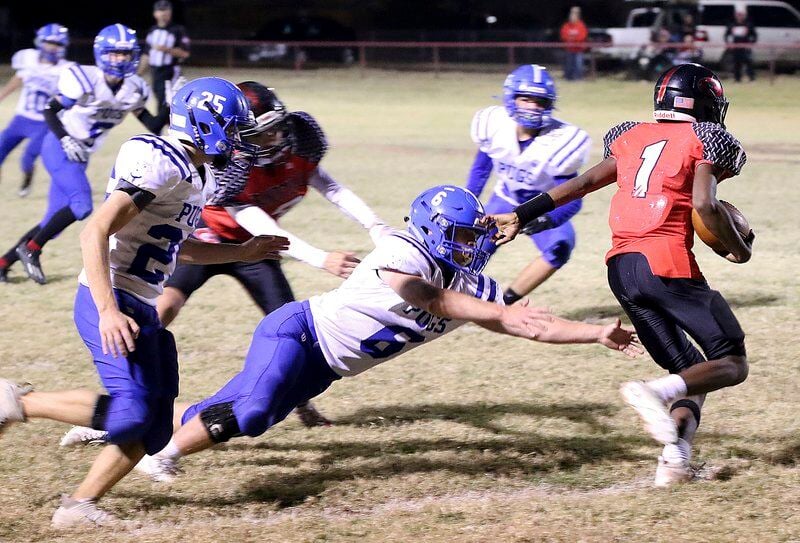 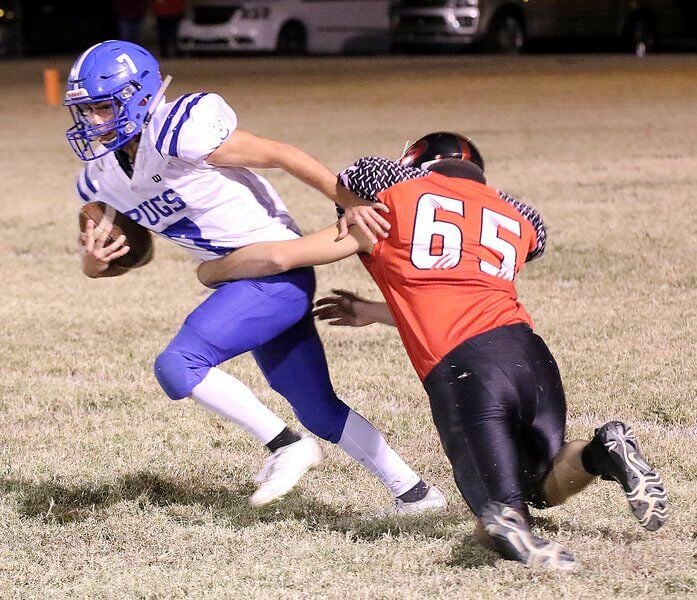 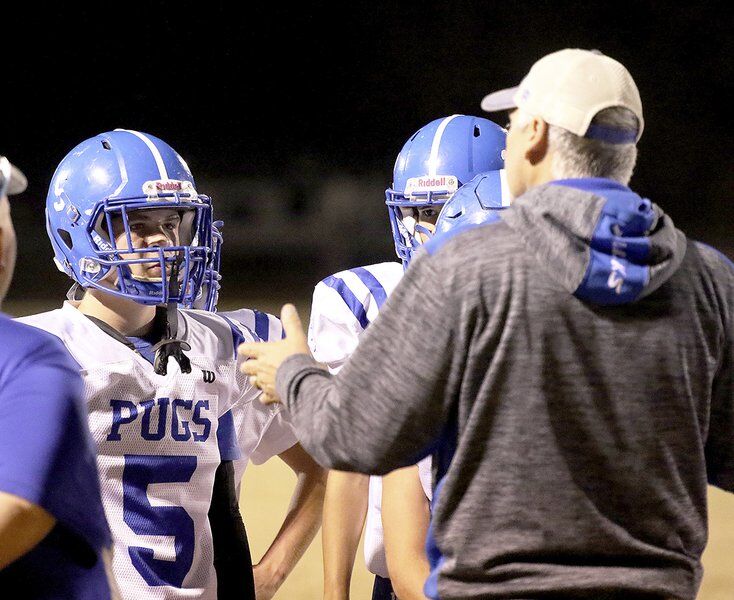 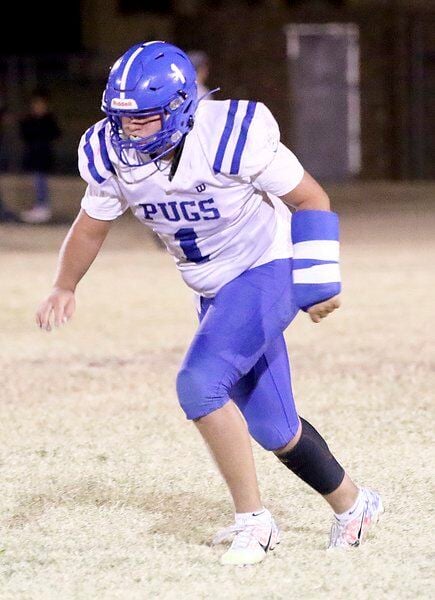 In a wild game at Grandfield, the Paoli Pugs scored on offense, defense and special teams and had a chance to tie the game late but couldn't convert on a fourth down pass losing 30-22 to the Bearcats.

Paoli had the ball deep in Bearcat territory in the closing minutes of the game trailing by eight. Paoli was facing a fourth down to keep the drive going and an interception in the end zone ended the drive.

Grandfield jumped out to a 12-0 lead in the game.

After the Bearcats second touchdown, Grandfield kicked off to up-back Gunner Manning. Manning started on the Bearcat sideline and made his way across the field to the Pug sideline. He turned the corner racing up the sideline for a 65-yard touchdown cutting the lead to 12-6.

Grandfield moved the ball back down the field as the half was closing. The Bearcats threw a pass toward the end zone that was intercepted by Cody Cunningham. Cunningham took off up the Bearcat sideline. He was hit at the Bearcat 20 but stayed on his feet going into the end zone for a 102 yard int return. The conversion run game Paoli a 14-12 lead with a minute to play.

Grandfield caught a short kickoff and had 60 yards between them and the end zone. Grandfield quarterback Quavy Brown raced 60 yards up the sideline for an apparent touchdown but was ruled out of bounds at 2-yard line. With 7 seconds left in the half, Brown dropped back to pass and avoided the Paoli rush. As the horn sounded, Brown heaved the ball toward the end zone to a receiver who caught the ball in the back of the end zone for a touchdown and a 20-14 halftime lead.

Grandfield got a safety and a touchdown in the third quarter as they opened up a 30-14 lead.

Paoli cut into that lead with a Henry Snell touchdown run cutting the margin to 30-22.

Paoli rallied but couldn't find in the end zone losing by a touchdown.

Rocky Randol had 173 yards on 12 carries to lead the Pugs on offense in a half. Snell finished with 91 yards, Kaleb Brown had 45 yards and Manning added 22 yards.

Snell was 5-of-12 in the passing department for 39 yards. Manning had two catches for 18 yards, Cunningham had a catch for 10, Chase Parker a catch for 10 and Randol a catch for a yard.

With the loss, Paoli finishes sixth in the district and will travel to Waynoka to face the 8-1 Railroaders.