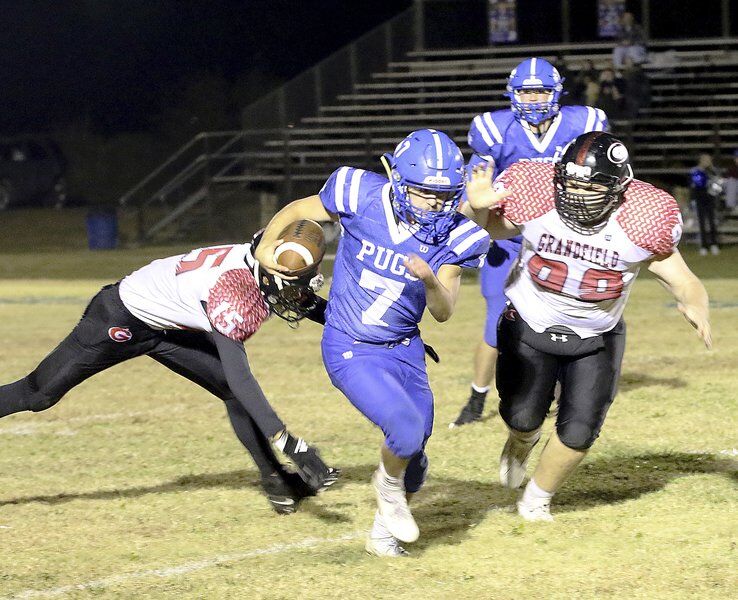 Paoli's Rocky Randol avoids a Grandfield defender as he races upfield for a first down in Thursday's win over the Bearcats. (PV Democrat photo by Mike Arie) 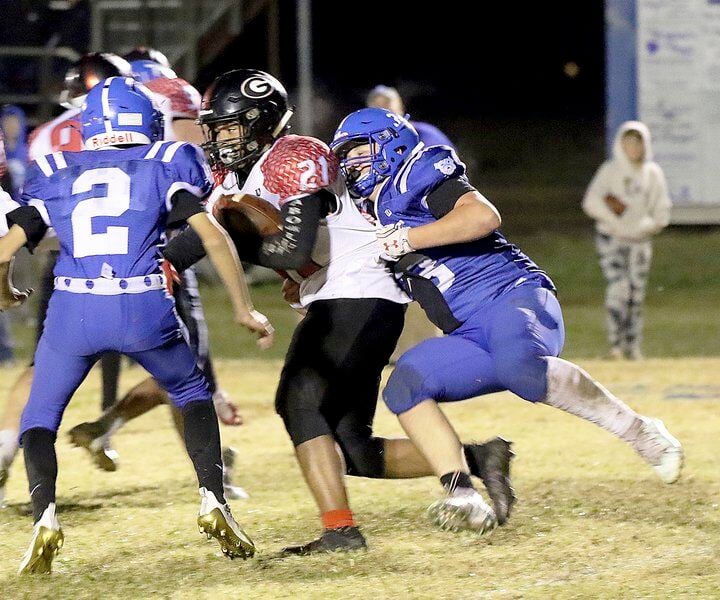 Paoli's Rocky Randol avoids a Grandfield defender as he races upfield for a first down in Thursday's win over the Bearcats. (PV Democrat photo by Mike Arie)

The Paoli Pugs finished their season with a bang as they defeated Grandfield 36-0 to finish their season at 4-4.

Gunner Manning had touchdown catches of 34, 11 and 1 yards to help lead the Pugs to the win. Quarterbacks Scotty Garrett and Henry Snell finished a combined 6-of-13 for 128 yards passing and four touchdowns. Rocky Randol had 144 yards rushing and a touchdown.

The Pugs got on the scoreboard on their first possession of the game. A 45-yard drive was capped off with a Garrett hitting Manning with a 34-yard touchdown pass.

On the Pugs next possession, they used nine plays to got 49 yards with Manning catching an 11-yard Garrett pass for his second TD of the night.

Late in the first half the Pugs scored twice in the final 90 seconds. With 1:21 left, Manning caught his third TD pass on a 1-yard catch from Snell. With 25 seconds left in the half, Garrett hit Brian Jennings with a 17-yard touchdown pass for a 28-0 half time lead.

The second half went by quickly as both teams kept the ball on the ground. Rocky Randol got a bulk of the carries for the Pugs in the second half. He scored a late touchdown on a 6-yard run giving Paoli the win.