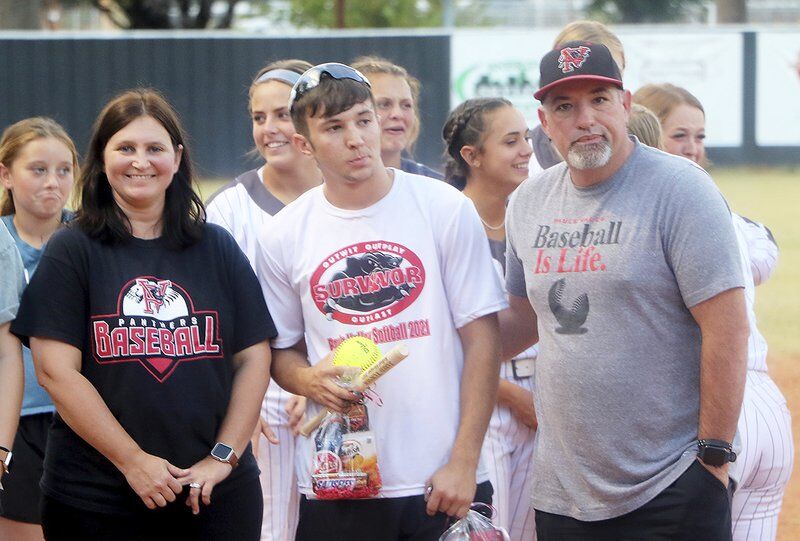 Senior Jared Turner and his parents. 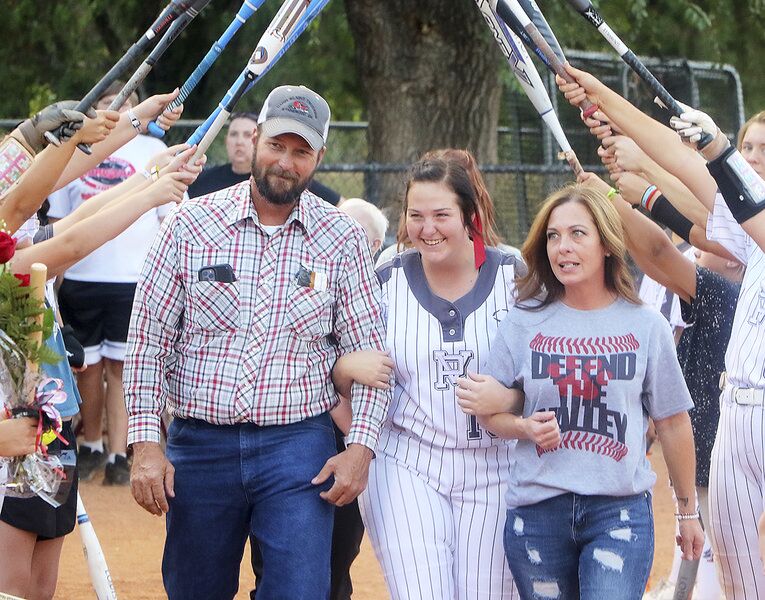 Senior Madison Wilkins and her parents. 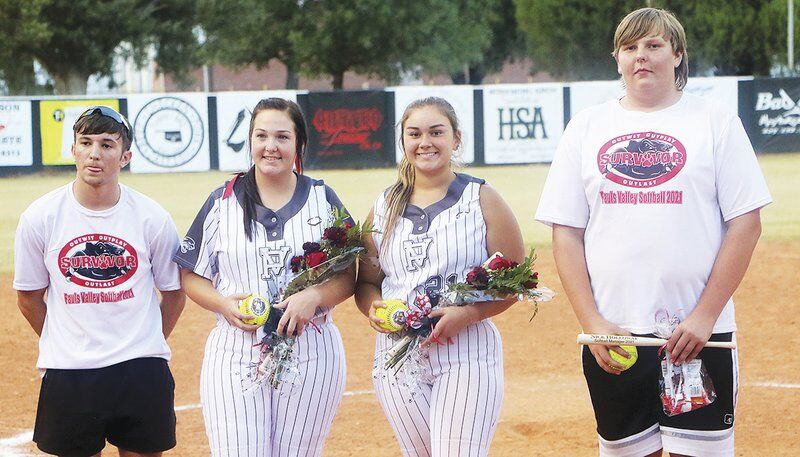 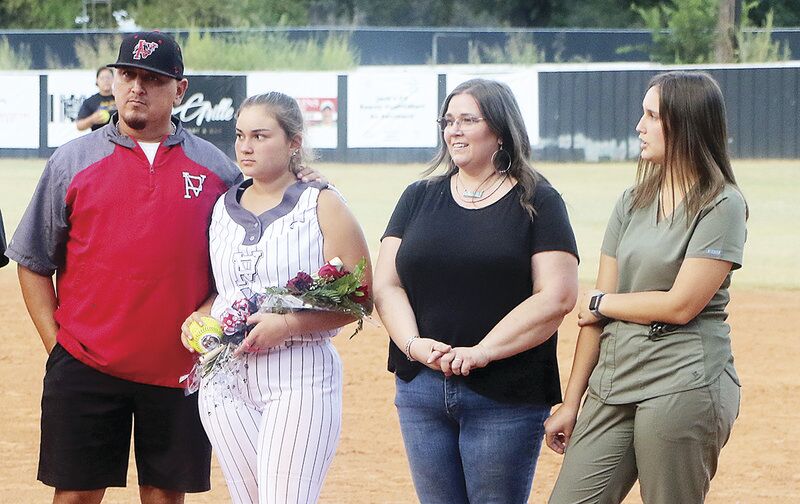 Senior Eliana Rodriguez and her parents and sister. 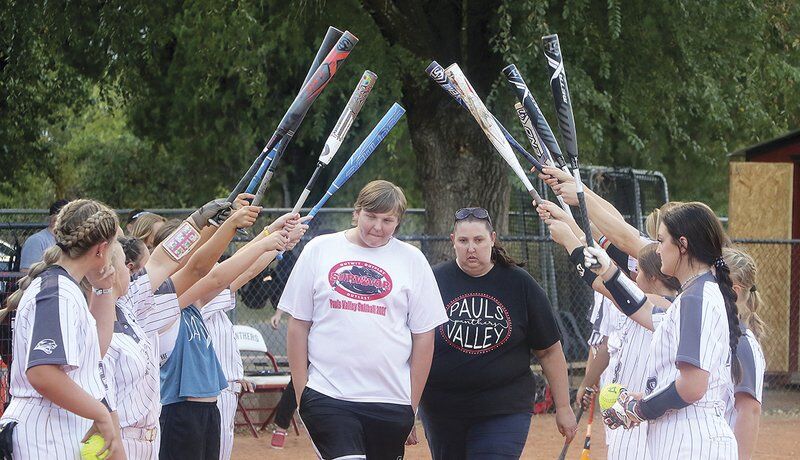 Senior Nick Holloway and his mom.

Senior Jared Turner and his parents.

Senior Madison Wilkins and her parents.

Senior Eliana Rodriguez and her parents and sister.

Senior Nick Holloway and his mom.

Pauls Valley finished out the home portion of the season on the diamond against No. 1 Moss out of Class B for senior night.

Seniors players Eliana Rodriguez and Madison Wilkins and managers Jared Turner and Nick Holloway were honored along with their parents after the game.

Pauls Valley honored the Moss seniors during introductions by presenting them with a rose.

The Pirates used a five run second to open up an early lead in a 6-1 win over the Lady Panthers.

Moss was 31-1 coming into the game and had 20 shutouts to their credit. The Pirates retired six straight ot start the game. Freshman Addy Green stepped to the plate in the third and hit a bomb over the left field fence for her first career home run for PV’s only run of the game.

The Lady Panthers had four other hits in the game including two in the sixth when they had runners at second and third but couldn’t push a run across. Madelyn Hagood, Caitlyn Hagood, Kenndi Rambo and Kadnece Newsom each had singles in the game.

Moss got a single run in the first inning off a single and two errors. Four singles and two errors led for five runs in the second that blew open the game.

Pauls Valley ended their season at Lone Grove on Tuesday.