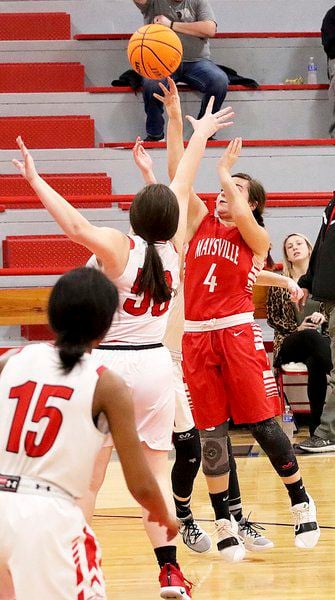 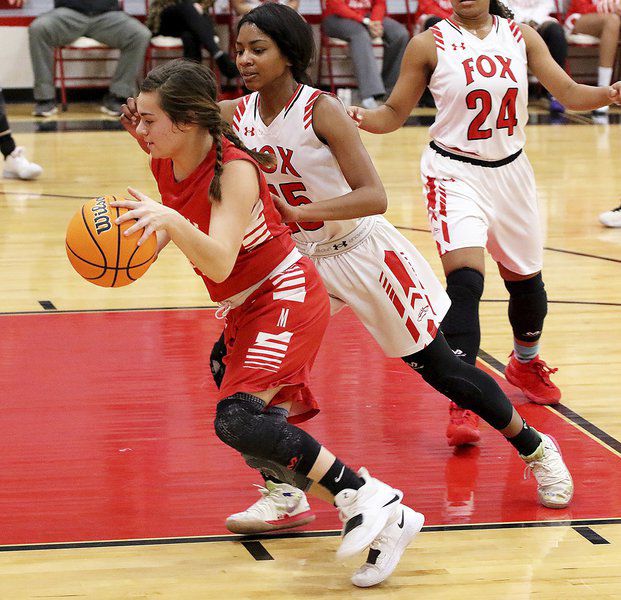 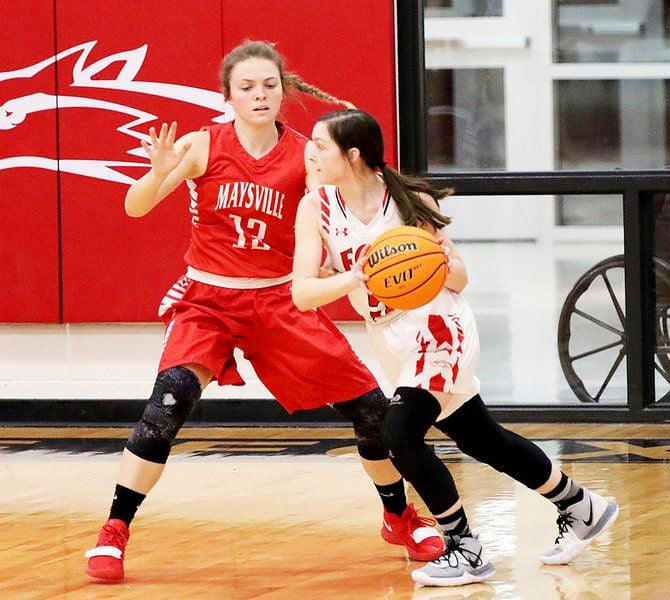 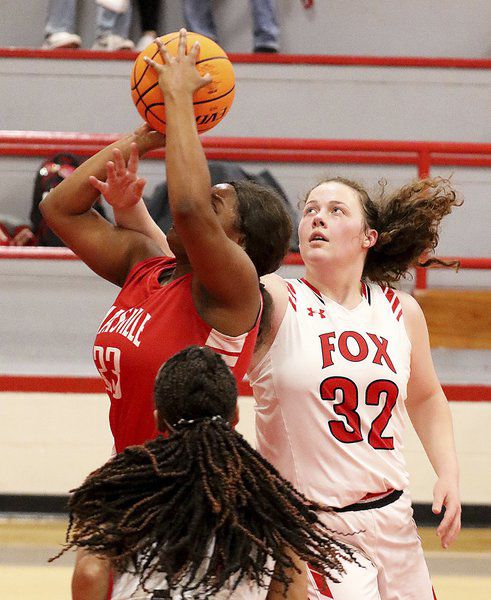 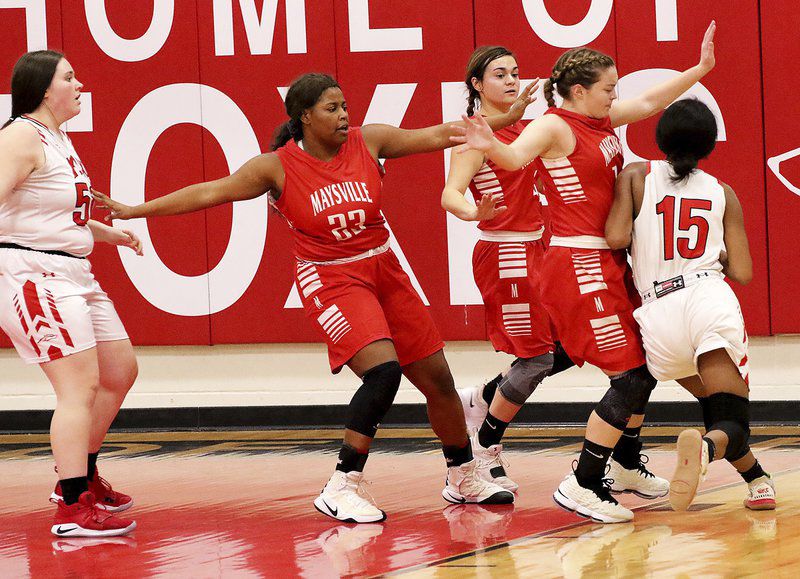 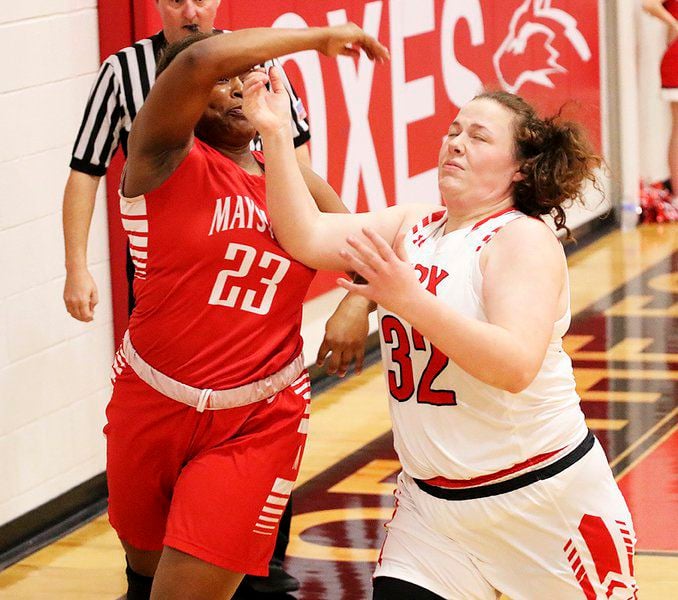 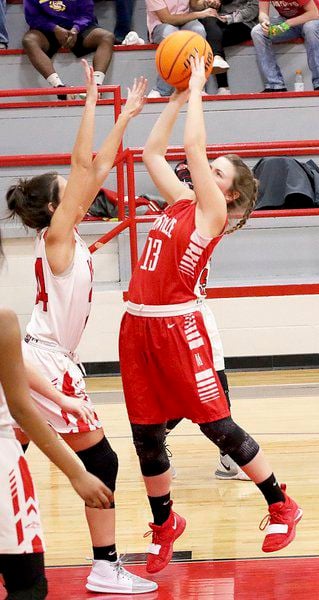 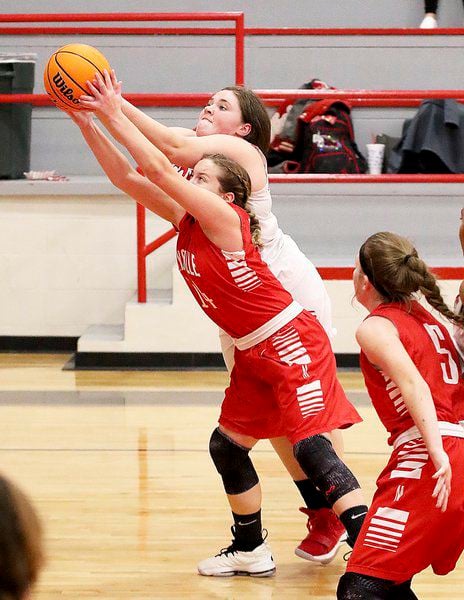 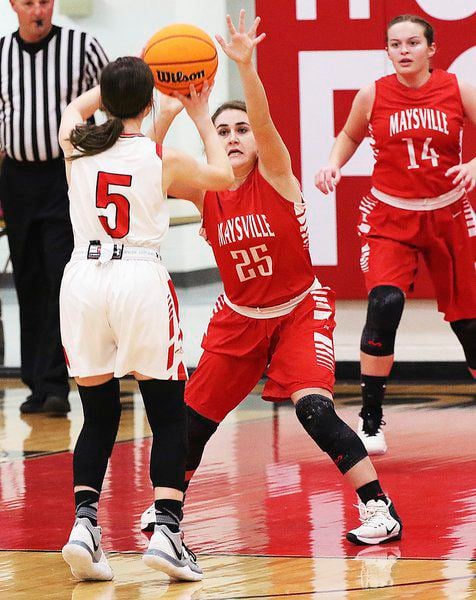 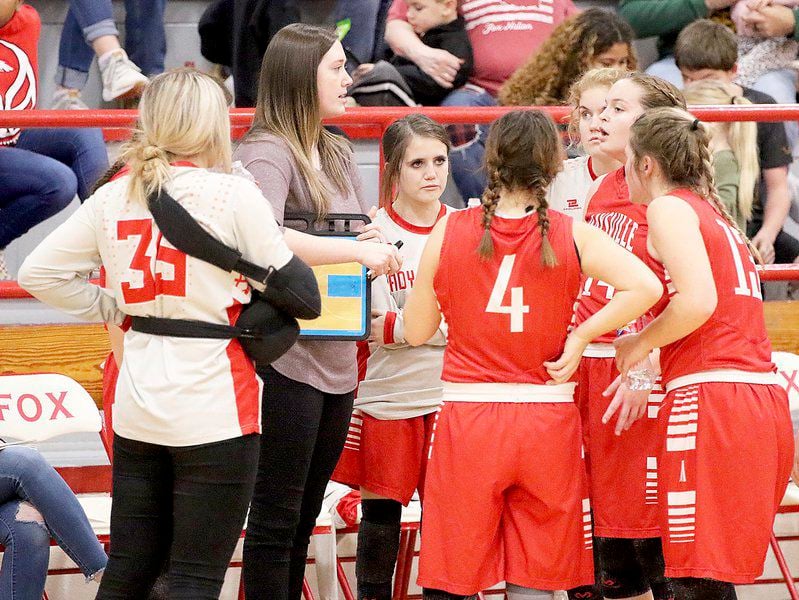 After falling behind early in the Monday's game at Fox, the Maysville Lady Warriors rallied from a 10-point deficit to tie the game in the third quarter. The rally expended a lot of energy and Fox made a late run to capture a 37-29 win at the Fox Den.

Maysville grabbed the lead with a Jamie Townley basket to start the game. That would be the only lead of the game for the Lady Warriors. Bree Phelps would scored six straight points for Fox in an 11-0 run that gave them an 11-3 first quarter lead.

Fox extended their lead to 10 early in the second quarter. The Lady Warriors came to life mid way through the quarter with 8 straight points in a 10-2 run as they cut the lead to two with three minutes remaining. Townley had five points in the run and Maggie Shannon added a three pointer.

Foxes' Jada Newhouse ended the Maysville run with five straight points and a 20-13 lead with a minute left in the half. Maysville's Sarah Sanders hit a basket and Jaylah Kinnard hit a basket in the closing seconds to cut the Fox lead to 20-17.

Maysville completed the come back three minutes into the second half. A three pointer by Sanders followed by a Kinnard basket tied the game at 22. Fox then hit back-to-back baskets to give them the lead again as they held a 26-24 lead heading into the fourth quarter.

The Fox lead grew to five points early in the fourth. Shannon's basket midway through the quarter cut the lead to three but that would be as close as they would get. Fox finished with an 8-3 run for a 37-29 win.

Maysville will be at home on Friday as they host Thackerville.

Bettina Walker Huddleston passed away on the 1st of January, 2020 at her home in Paoli amongst loved ones. She was born on September 22nd of 1952 in Oklahoma City to Howard and Bessie Walker. The majority of her childhood years were in Pauls Valley, where she attended school from kindergarte…