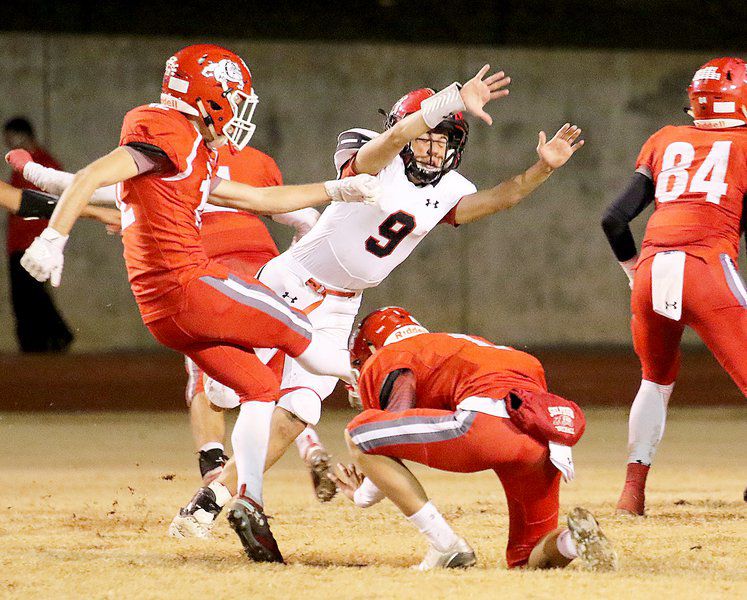 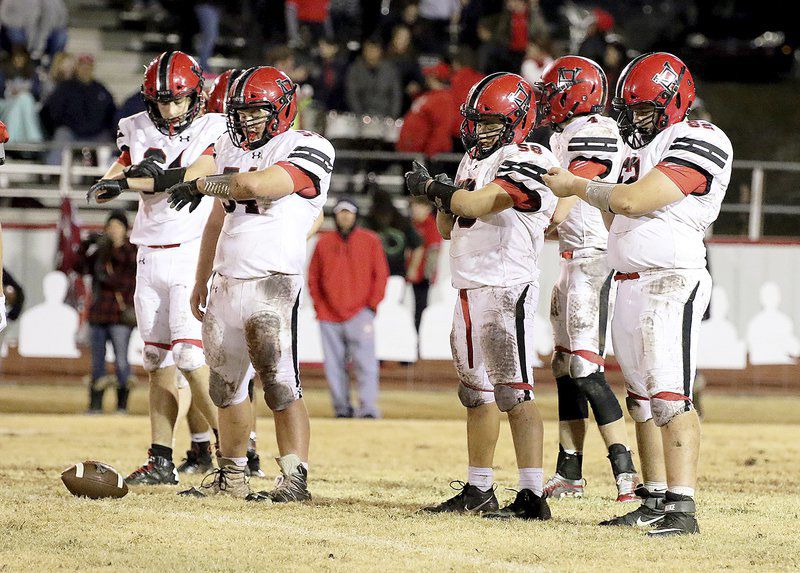 The Pauls Valley offensive line looks down at their wrist bands for the play during the Panthers loss at Sulphur Friday night. (PV Democrat photo by Mike Arie) 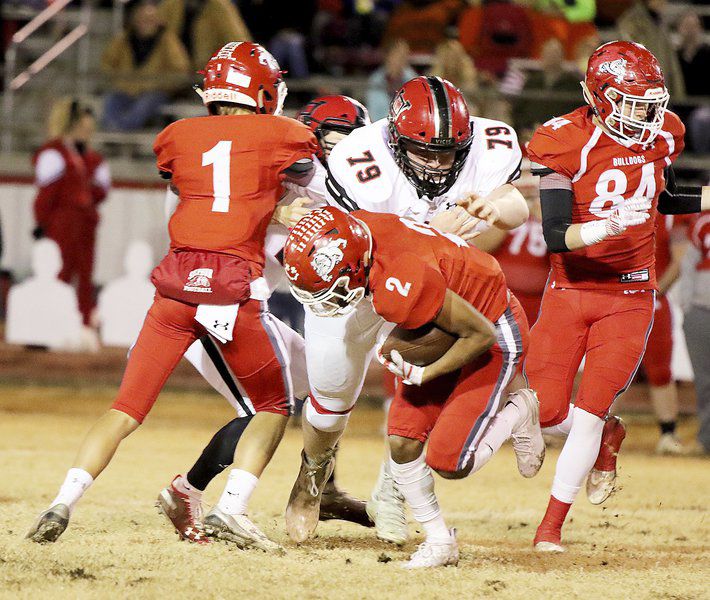 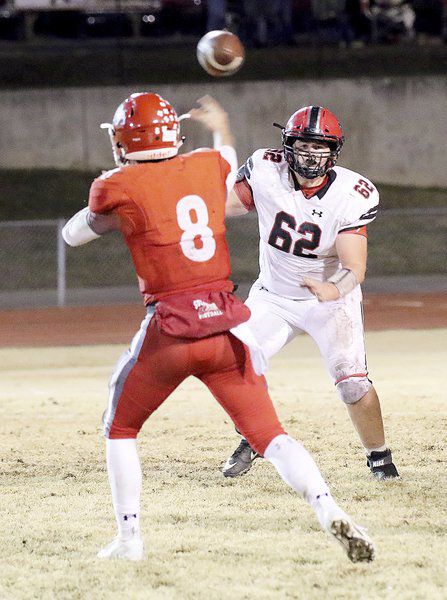 The Pauls Valley offensive line looks down at their wrist bands for the play during the Panthers loss at Sulphur Friday night. (PV Democrat photo by Mike Arie)

The Pauls Valley Panthers season came to an end on Friday night as they lost their final game of the season 35-13 to the Sulphur Bulldogs.

Zane Weilenman capped off his career with a good night rushing the ball for the Panthers. He had 83 yards on 12 carries and a touchdown. The Panthers finished with 220 yards in total offense all coming on the ground.

Justin Humphrey finished with 50 yards on the ground with a touchdown. Ben Dobbins added 38 yards, Colt Jones 31 and Landon Weilenman 18.

Tavius McDonald had a huge game for Sulphur. He had 179 yards in total offense with three touchdowns. He had 77 yards rushing on 12 carries and had 3 catches for 102 yards.

Reese Ratchford had 233 yards passing on 9-of-11, as Sulphur finished with 425 yards in total offense.

Pauls Valley scored in the middle of the second quarter as Humphrey capped off a drive with a one-yard plunge cutting the lead to 14-7.

Over the next 12 minutes, Sulphur scored three times to blow open the game. Ratchford and McDonald hooked up twice with McDonald hauling in a 56-yard TD reception late in the first half. The second came early in the third quarter this time from 29 yards out for a 28-7 lead.

Late in the third, Brayden Standifer scored from 2 yards out for a 35-7 lead.

Pauls Valley scored in the middle of the fourth quarter as Z. Weilenman powered his way in from 5 yards out cutting the final margin to 35-13.

Pauls Valley finishes the year 2-8 overall and 1-6 in district play.

Catherine "Cathy" (Peel) Perkins of Pauls Valley passed away February 14, 2020 in Pauls Valley, Oklahoma at the age of 54. Cathy Peel was born November 29, 1965 in New Iberia, LA. She married Jeff Perkins in 1989 in Pauls Valley. Cathy was preceded in death by her parents, Mary Ann and Rober…