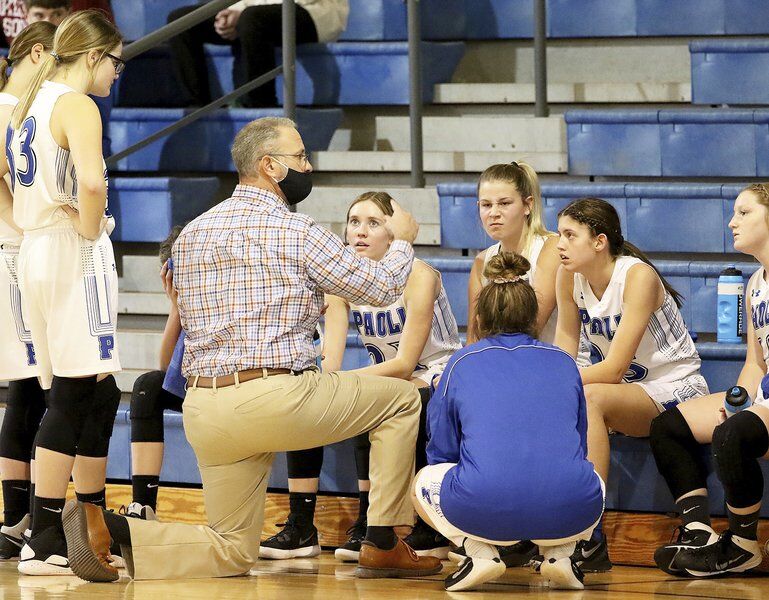 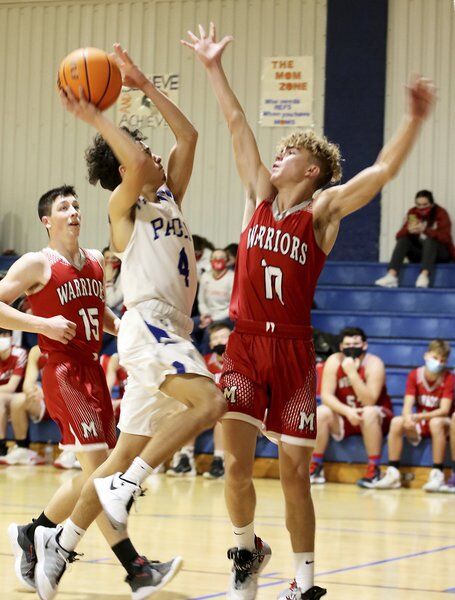 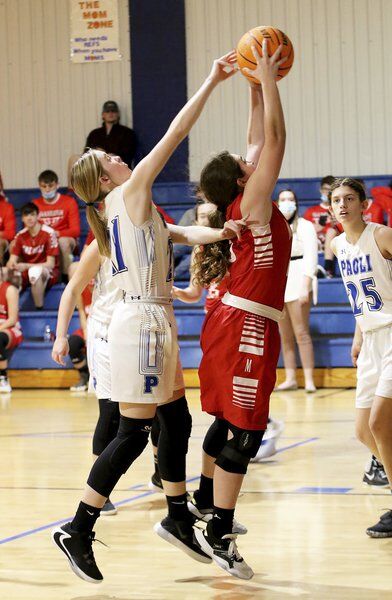 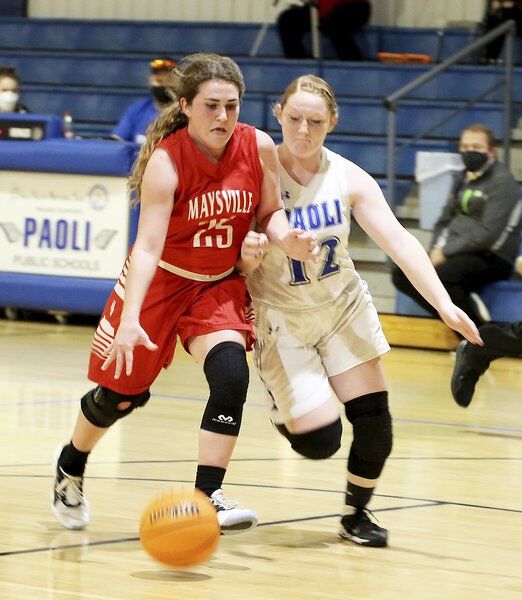 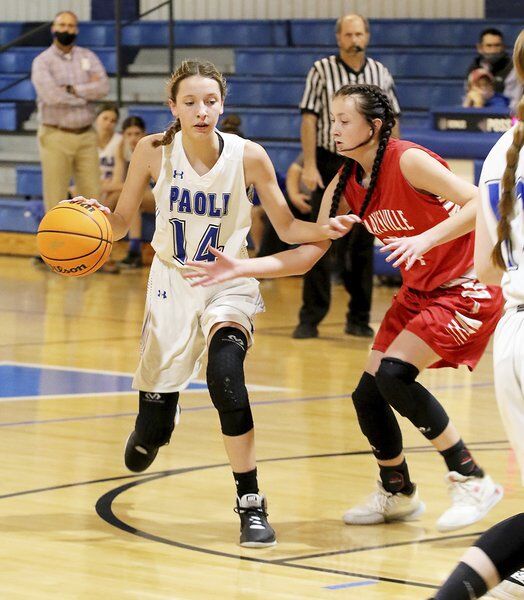 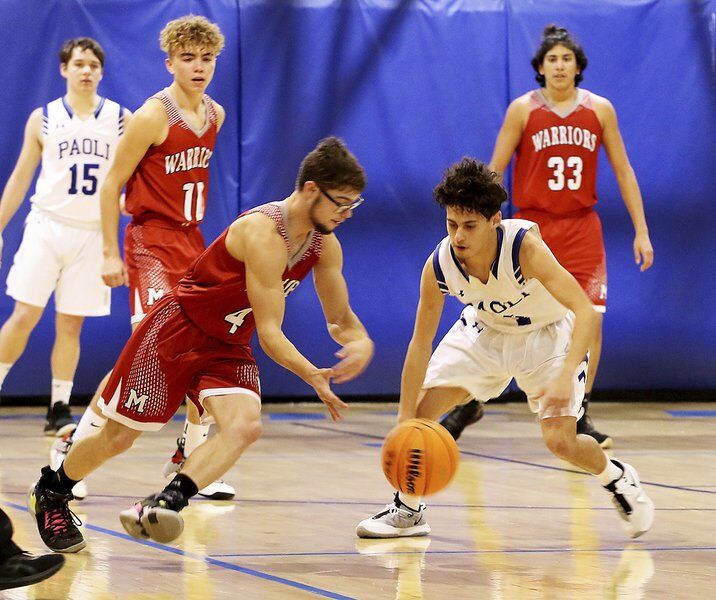 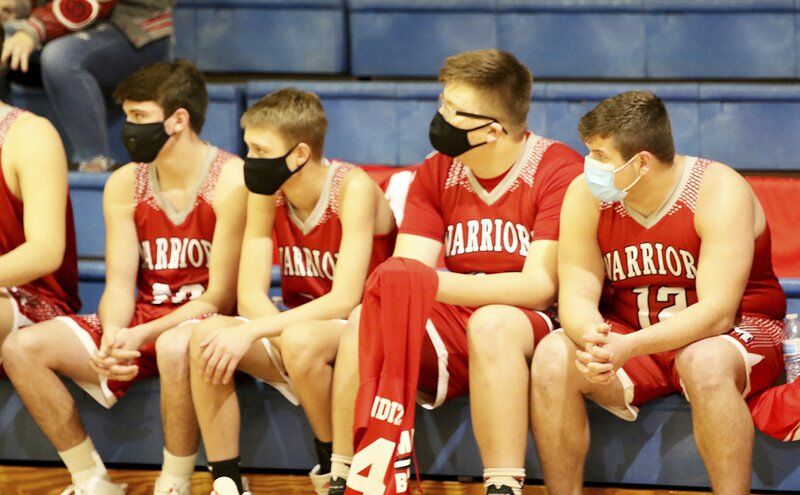 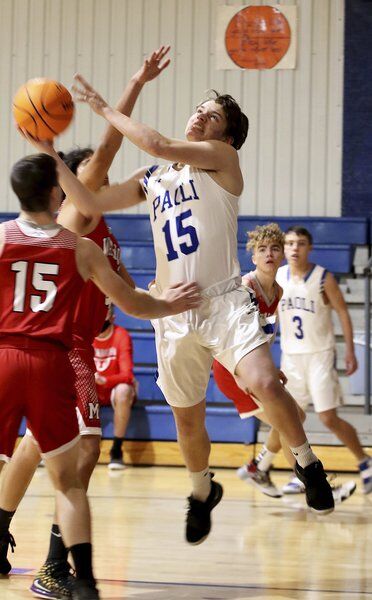 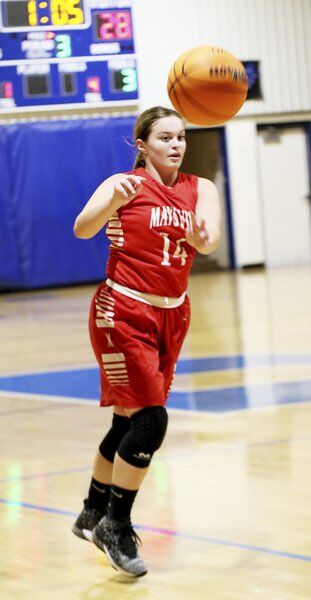 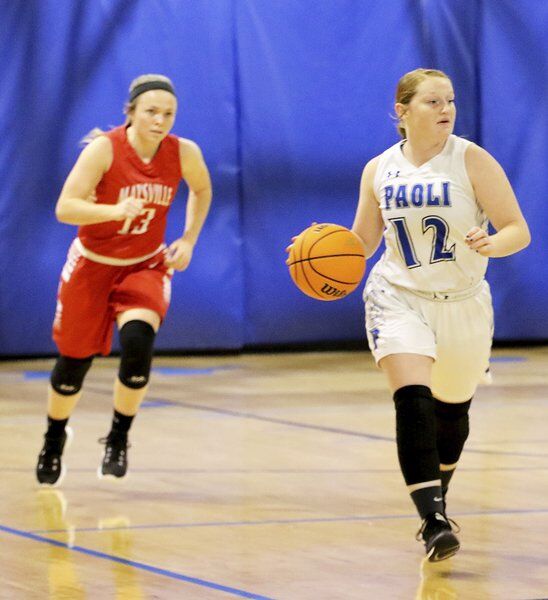 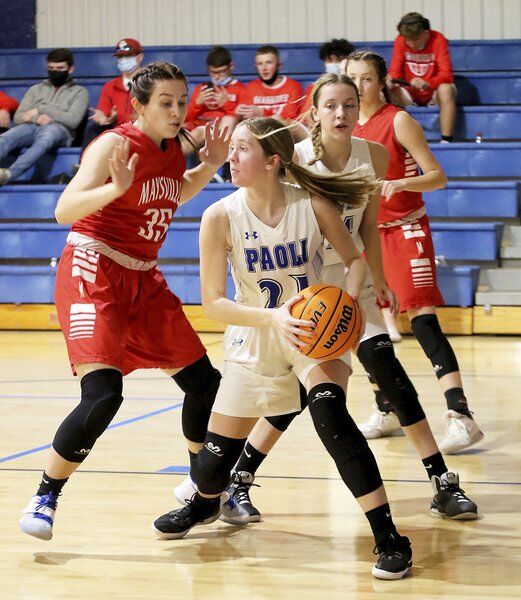 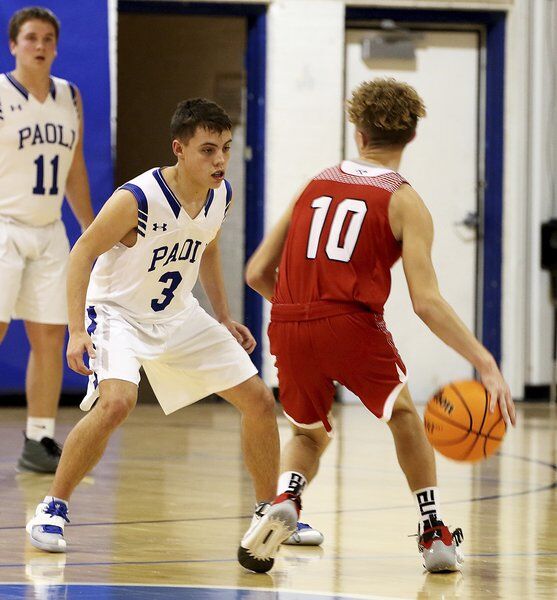 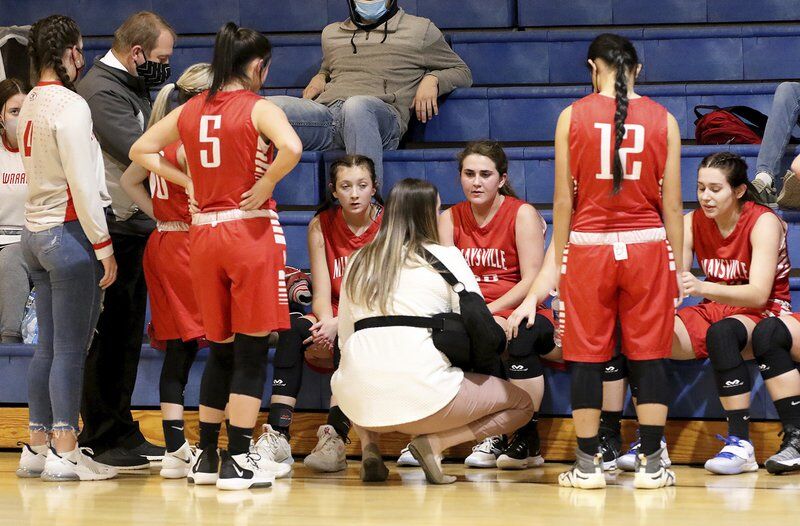 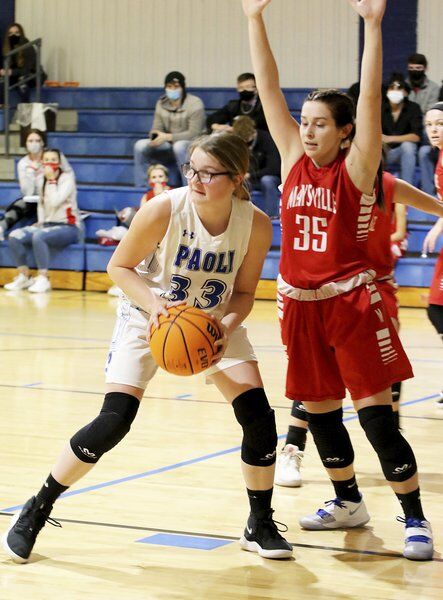 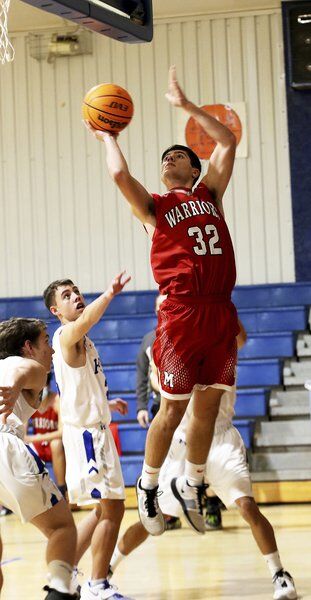 The Maysville Warriors rolled into Paoli Monday night for a pair of game and left with a pair of win over the Pugs.

Reese RedElk and Emma Owen helped the Maysville Lady Warriors get off to a fast start as they rolled past Paoli 37-17.

RedElk had a pair of 3-pointers and Owen hit a pair of baskets in the lane as Maysville opened the game on a 13-0 run. Abby Covington got the Paoli on the board with a basket at the 2:35 mark as the Pugs trailed 13-3 at the end of the first quarter.

A 3-pointer by Lanie Deaver at the midway point of the second quarter cut the Maysville lead to eight, the closest Paoli would get. Jamie Townley scored six straight points for the Lady Warriors as they finished the half on a 6-1 run over a 21-8 lead.

Briannah Martin would nail a 3-pointer for Paoli early in the second half to cut the lead to 11. Townley would start a string of six straight for Maysville with a pair of baskets pushing the lead out to 17. Meadow Baxter got the run stopped with a short jumper as Paoli trailed 28-13 heading into the final quarter.

A three-pointer by Caitlin Ward gave Maysville a 20-point lead early in the fourth quarter. That’s where the lead would stay the rest of the way out. Cali Wigley hit four straight free throws for Paoli down the stretch while Taylor Hillis and Sarah Sanders both had baskets for Paoli.

In the boys games, an 11-0 run to start the second quarter gave the Maysville Warriors some breathing room as they defeated Paoli 65-34.

The game went back-and-forth early on with six lead changes. Paoli’s Noah Whatley had the hot hand early for the Pugs with six points as did Gunner Chambers for the Warriors. With Paoli leading 11-10 at the midway point in the quarter, Maysville scored 9 straight points as four different players scored for the Warriors.

Connor Jones hit back-to-back 3-pointers for the Pugs including one at the buzzer to trim the Warrior lead to 19-17.

Chambers paced the Warriors with two 3-pointers in an 11-0 run to start the second half. Jones scored his fourth 3-pointer of the night at the three minute mark of the period for the Pugs first basket since the end of the first quarter.

Jones would nail another 3-pointer in the quarter but a late basket by Brodie Albright gave the Warriors a double digit lead at the break, 34-23.

Ty Wilmot had a huge start to the second half with 12 third quarter points. Ty Wilmot hit a 3-pointer to get the half started with a 7-0 run. Jones hit his sixth 3-pointer of the night to end that run and would hit his seventh in the middle of the quarter.

After Jones’ basket, Maysville finished up the final three minutes on a 10-1 run for a 58-33 lead.

Play slowed down in the fourth quarter as both teams cleared their benches. Maysville outscored Paoli 7-1 in the quarter for a 65-34 win.

Maysville was at Wanette last night and will be at Springer next Tuesday. Paoli will be at Turner on Thursday.