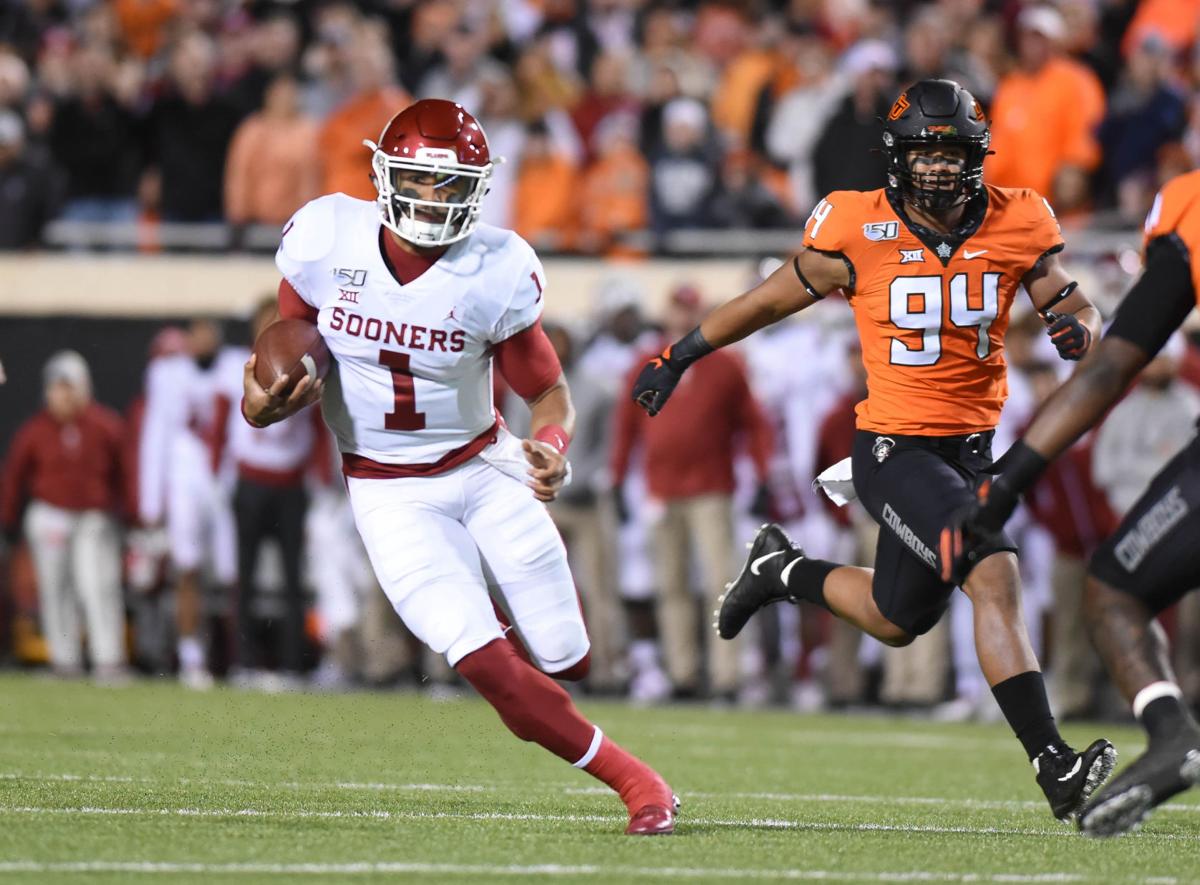 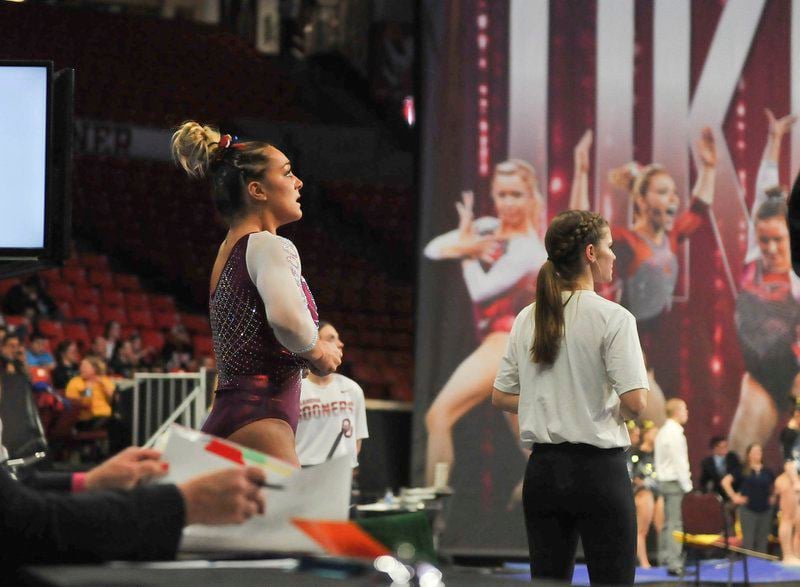 OU's Maggie Nichols prepares to compete on the uneven bars during the Sooners' meet against Michigan, Friday, March 4, 2020, at Lloyd Noble Center.

OU's Maggie Nichols prepares to compete on the uneven bars during the Sooners' meet against Michigan, Friday, March 4, 2020, at Lloyd Noble Center.

Jalen Hurts and Maggie Nichols were named Big 12 Athletes of the Year on Thursday, giving Oklahoma a sweep for the third time in five years.

Nichols, the women’s gymnastics star who has dominated NCAA competition, claimed the female award for a second time. She won in 2017-18.

Hurts won the male award following his only season in the Big 12, leading OU at quarterback after transferring from Alabama.

Nichols led the country with five Perfect 10s this season and had 22 for her career when the season shut down due to the coronavirus pandemic. She was chasing the career Perfect 10 record of 28 set by UCLA’s Jamie Dantzcher.

She was ranked No. 1 on vault and in the all-around, No. 2 on bars, No. 4 on floor and No. 7 on bars when the season ended. OU was ranked No. 1 and the heavy favorite to win its second consecutive national title.

For the past eight seasons, no NCAA gymnast except Nichols has scored a 39.900 or higher. In 2017, she became the first person since 2009 to break that mark and has done it three times since.

Hurts, a Heisman Trophy runner-up who was drafted No. 53 overall by the Philadelphia Eagles last month, led the nation in yards per pass attempt last season (11.3) and was an Associated Press third-team All-America selection. He also set an OU quarterback record with 1,298 rushing yards.

Last fall, Hurts became the only FBS player since at least 1996 to post a passing efficiency rating of 245.0 or better five times in the same season with a minimum 15 attempts, according to OU. He was the only player to do it more than three times.

He was instrumental in leading OU back to the College Football Playoff, where the Sooners fell to LSU.