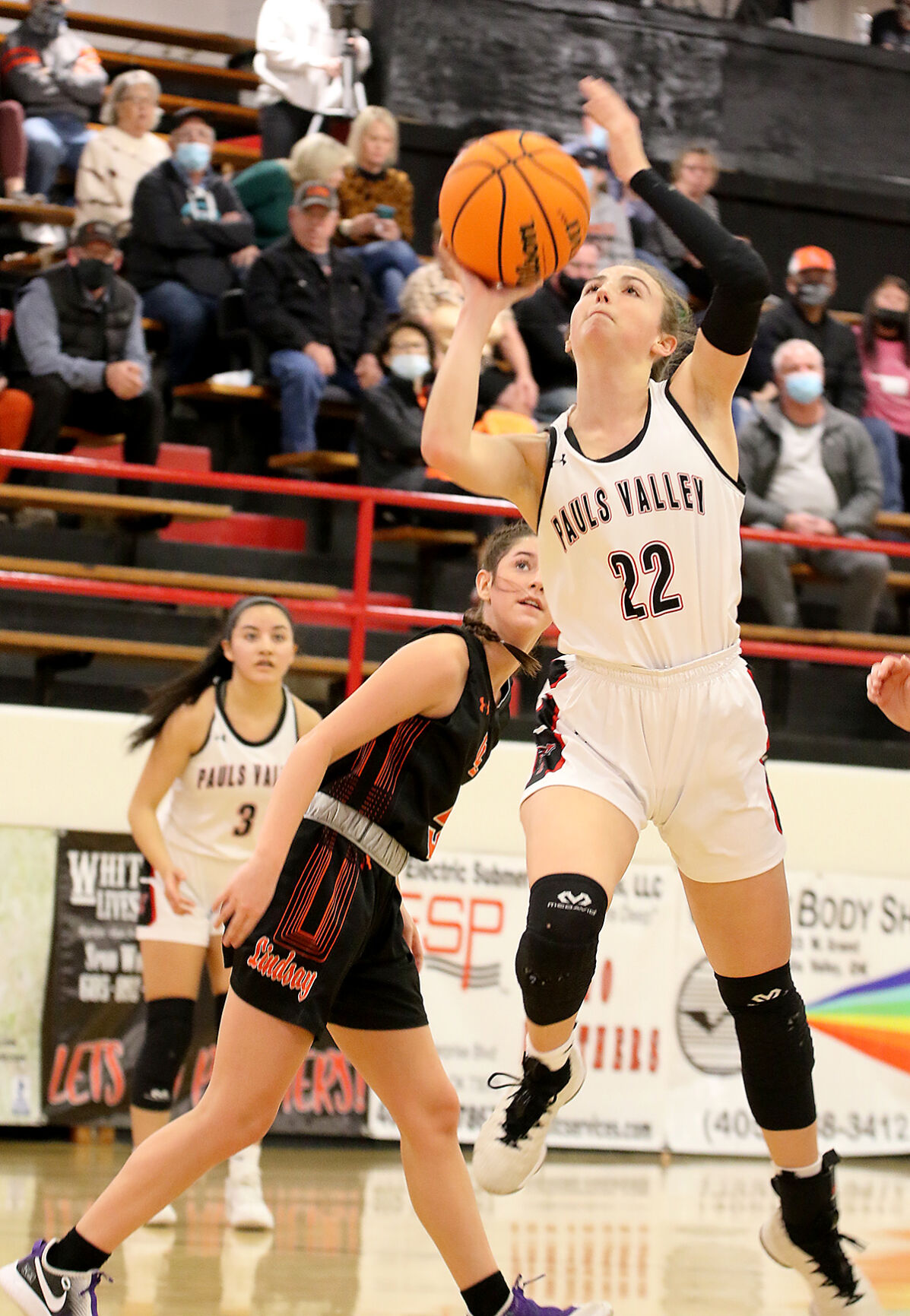 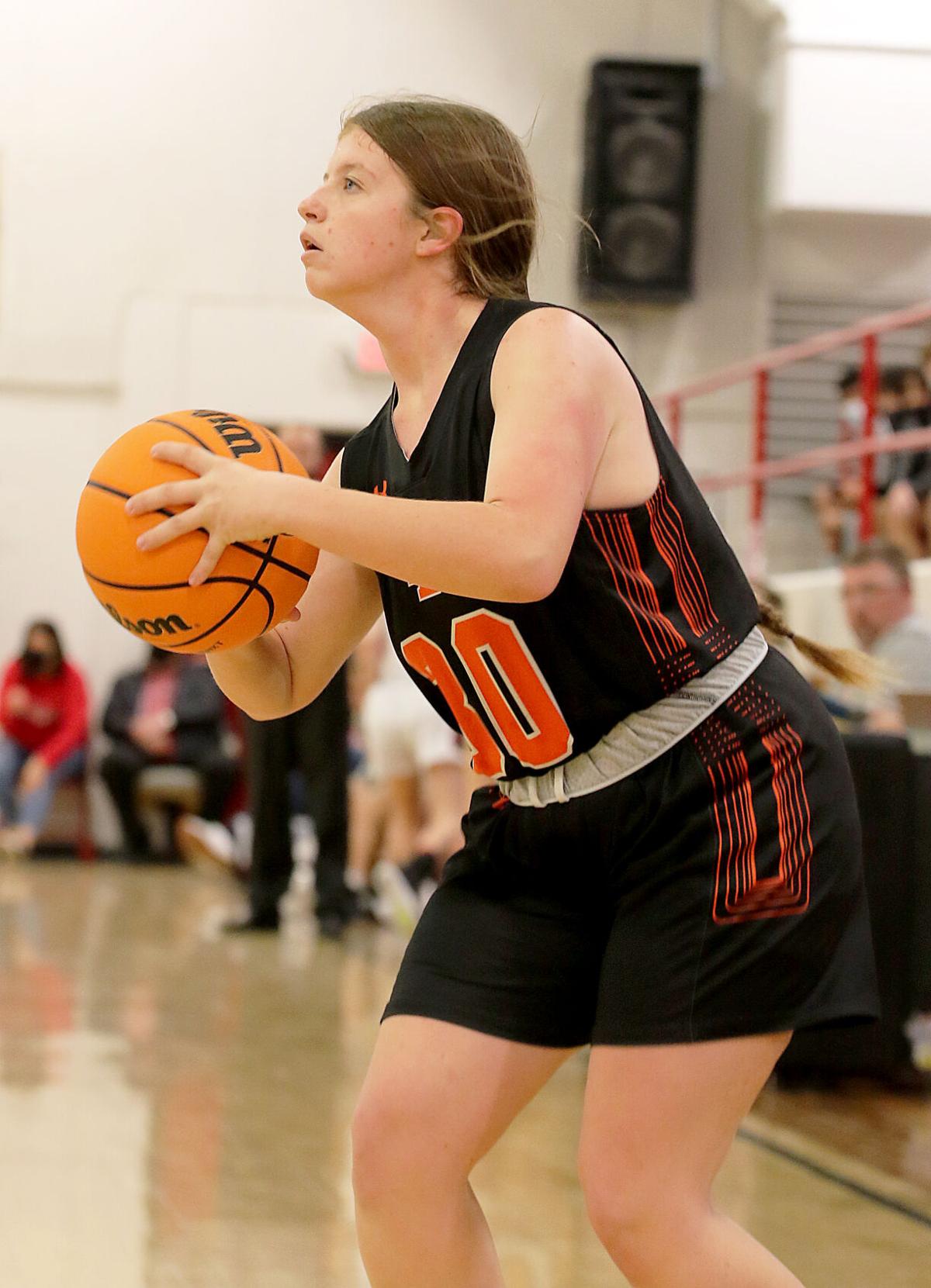 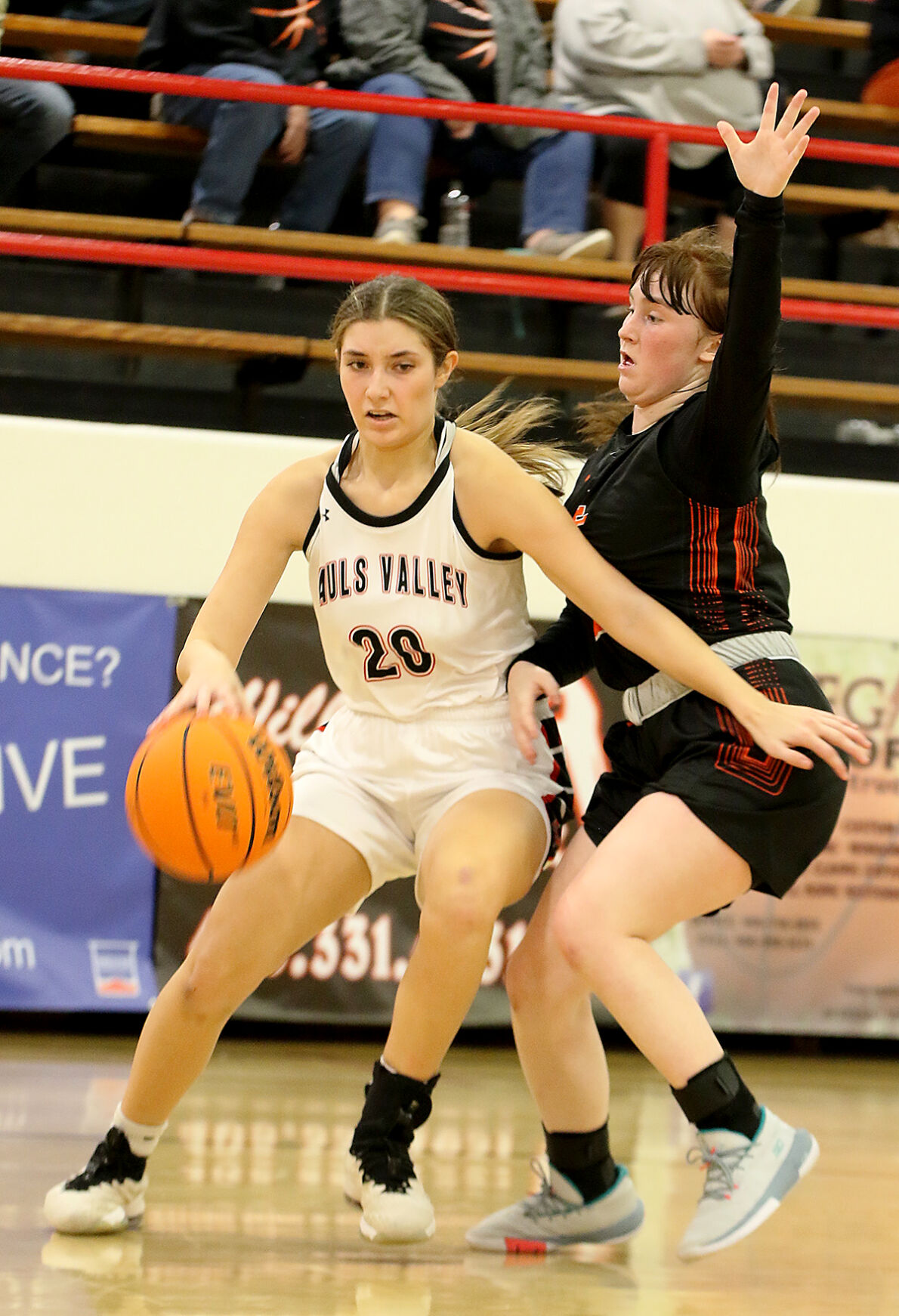 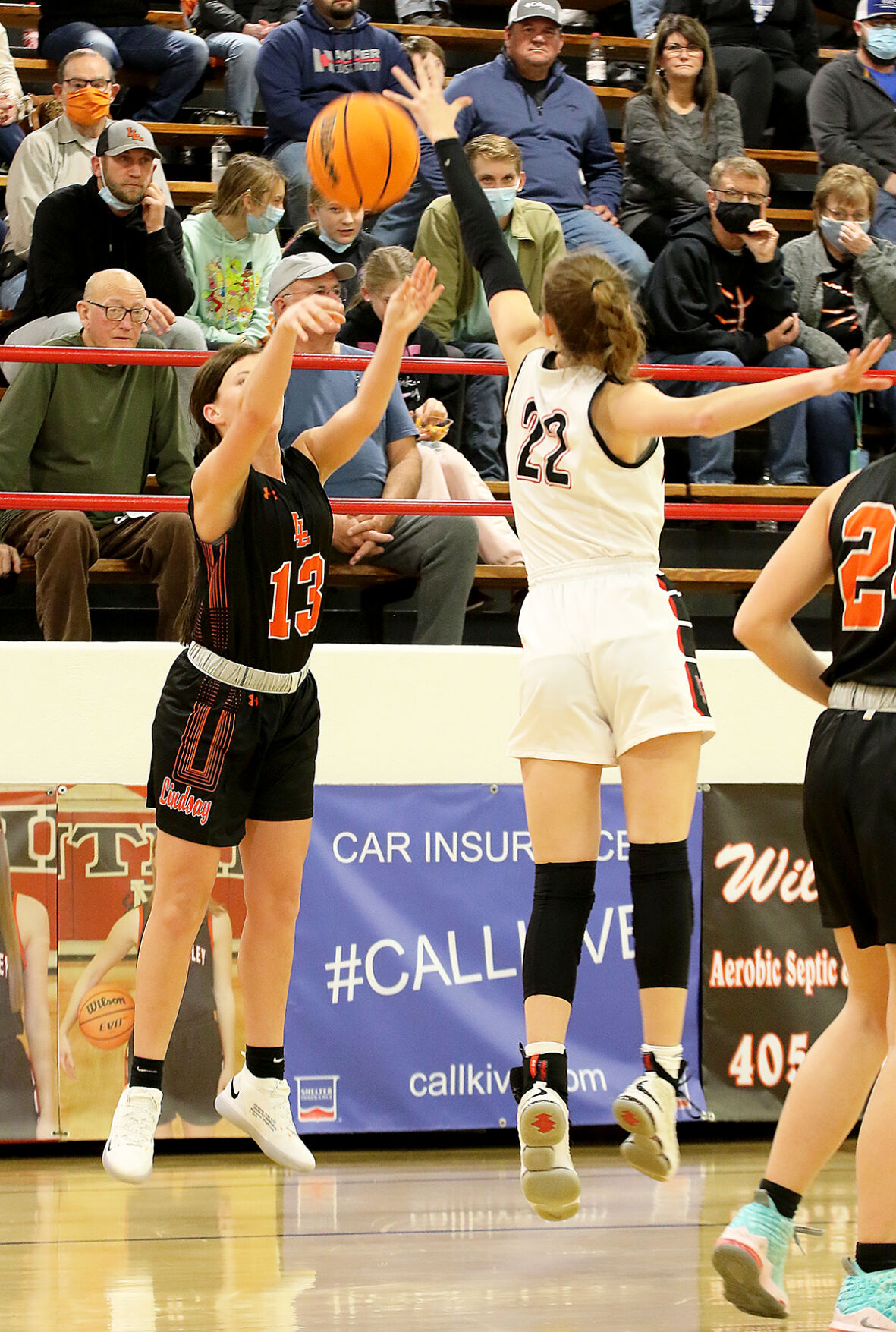 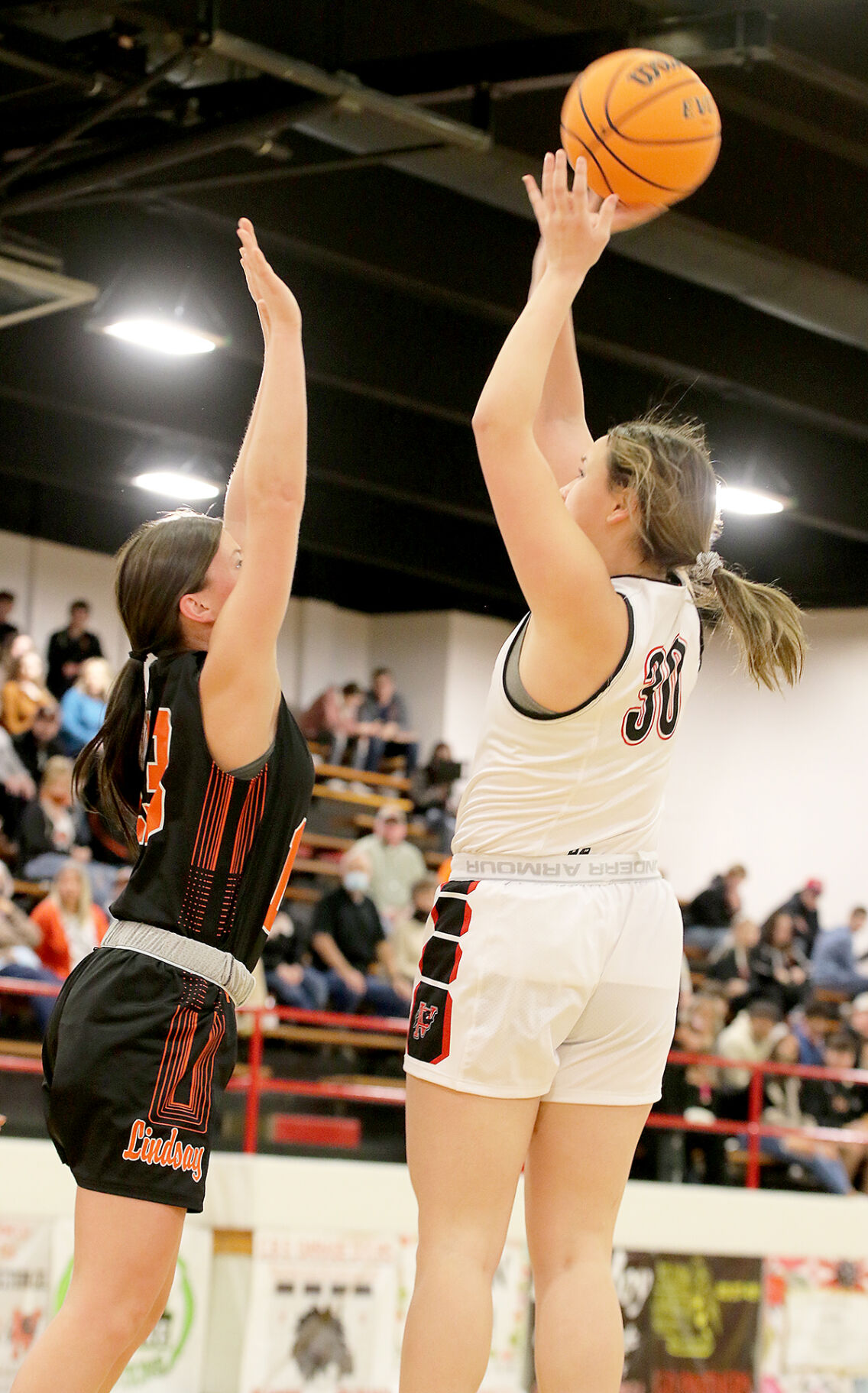 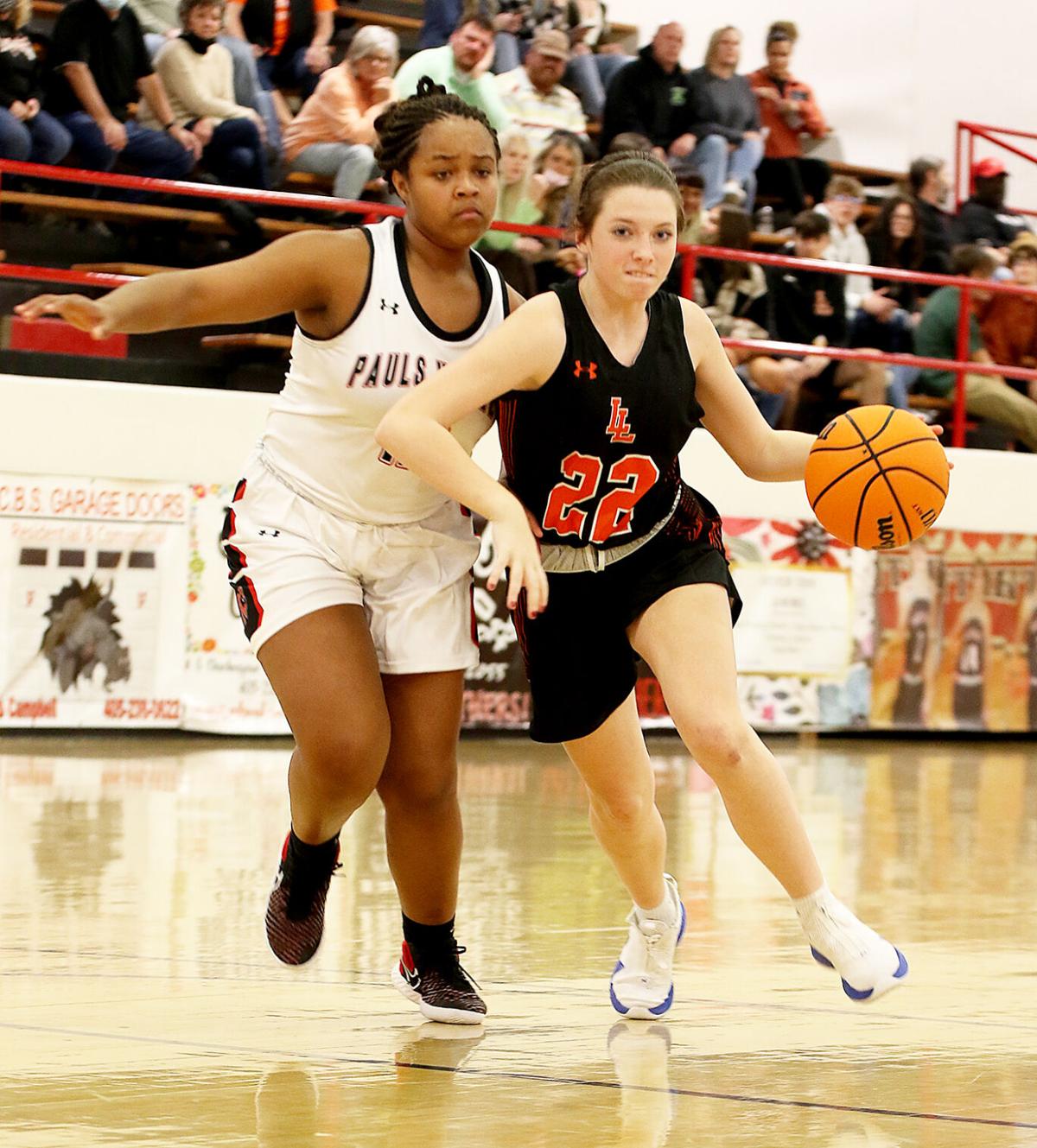 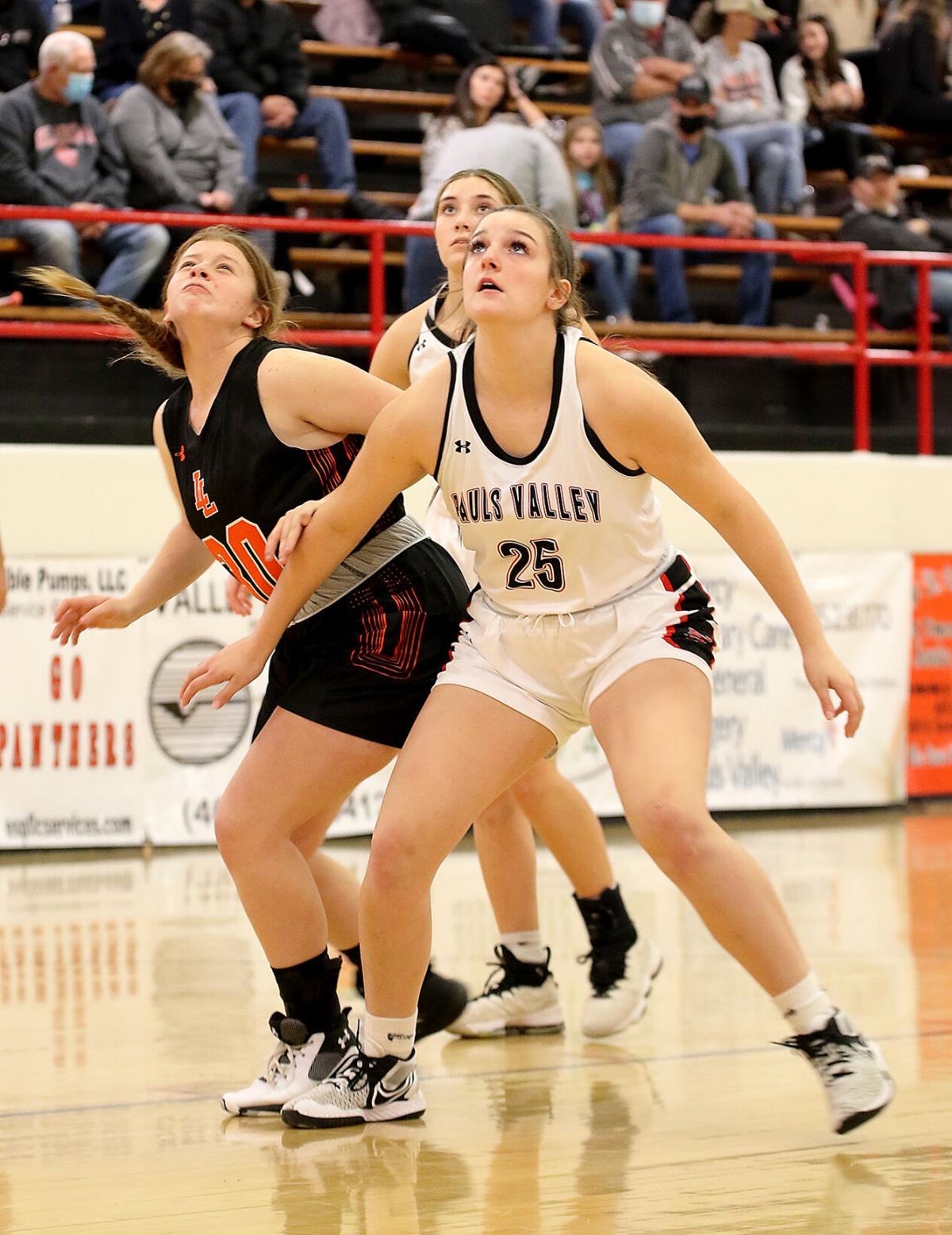 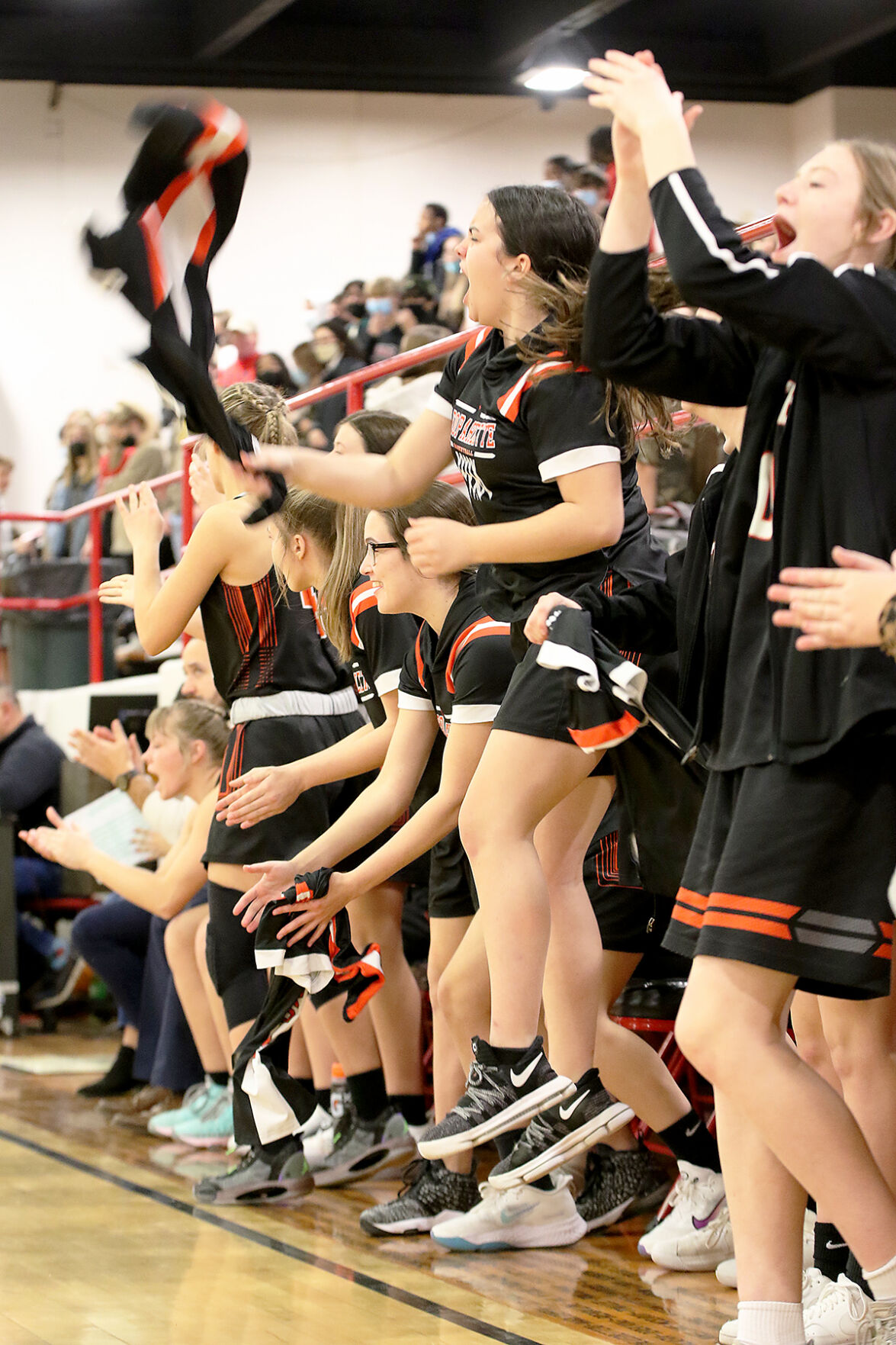 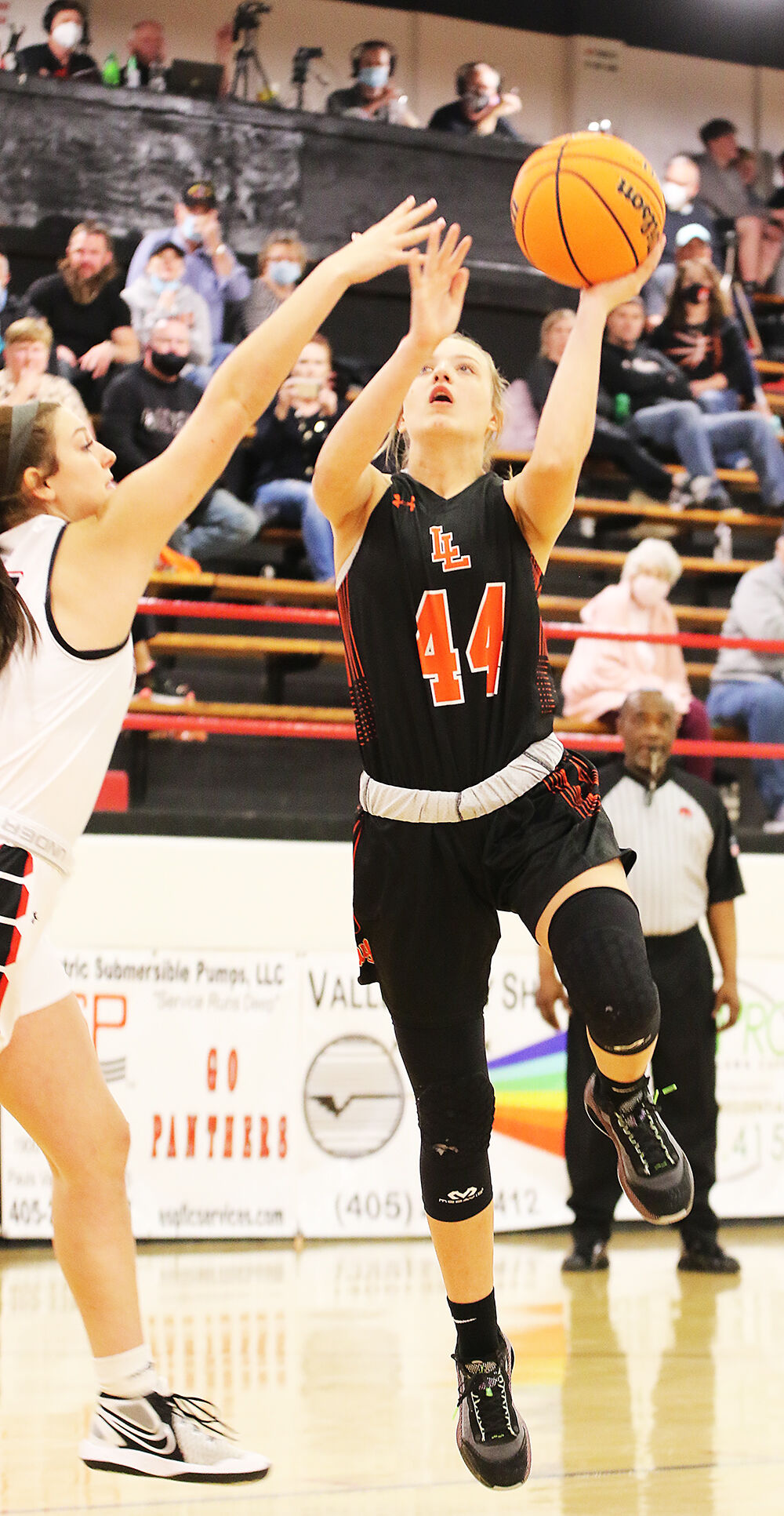 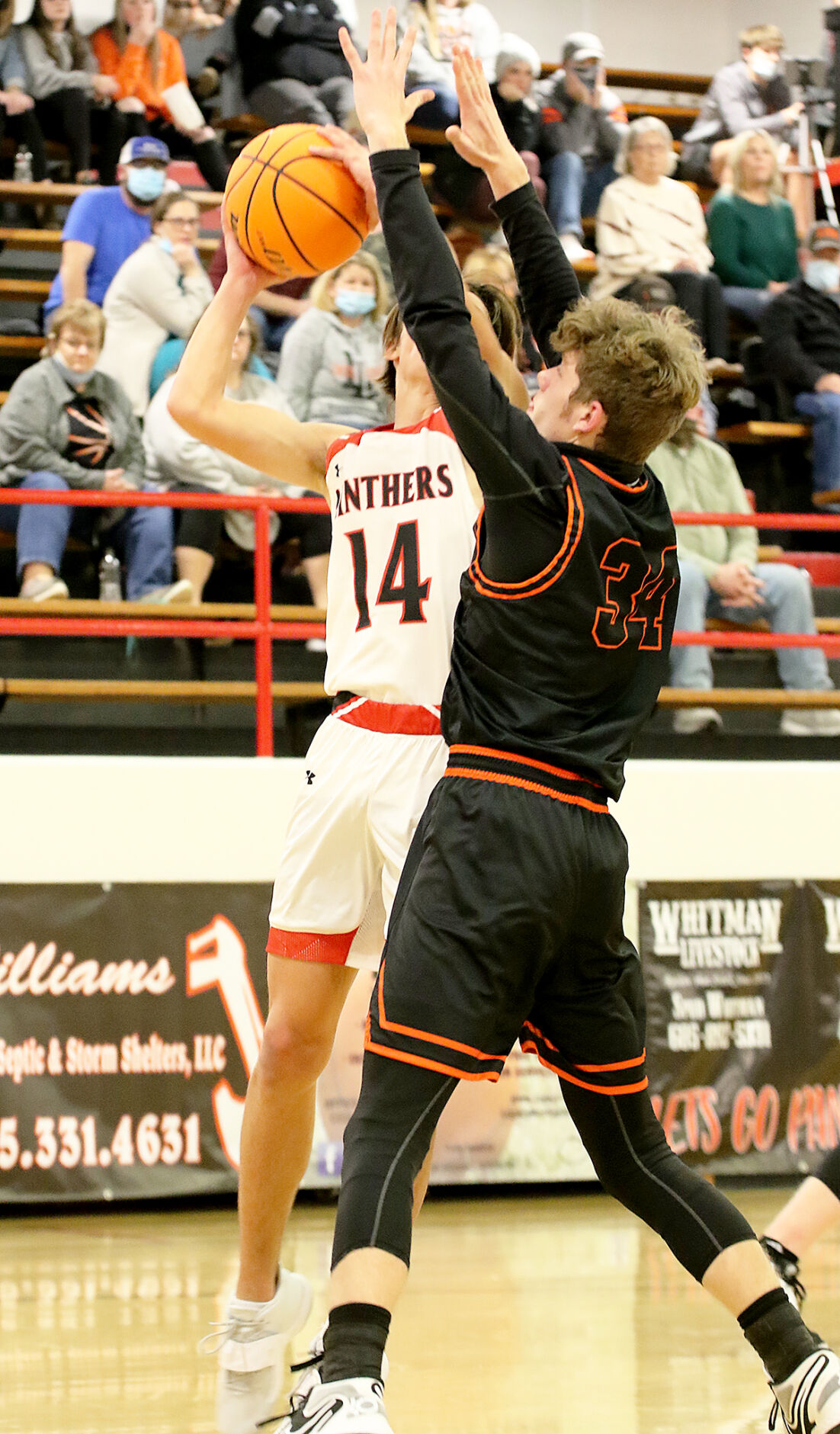 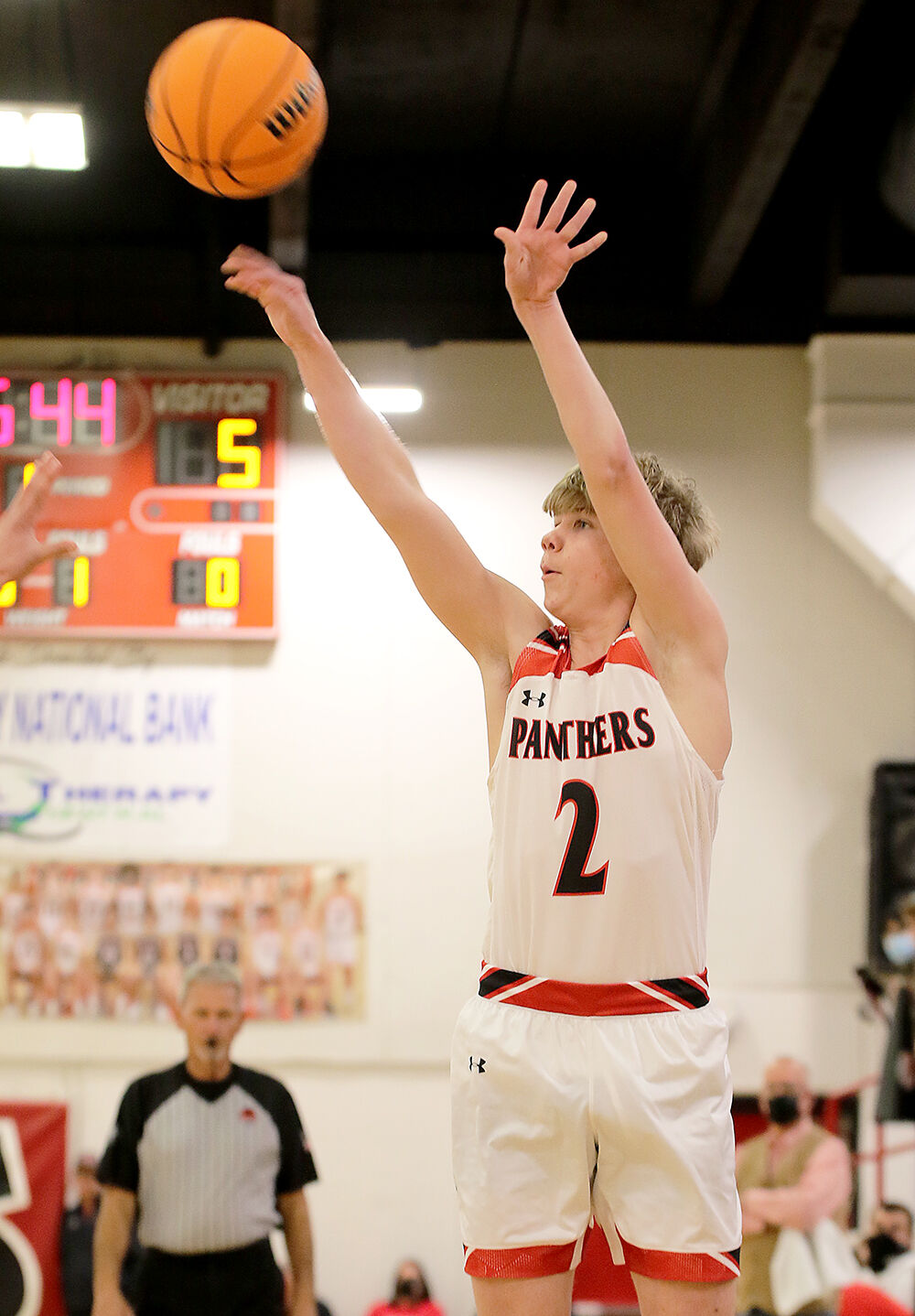 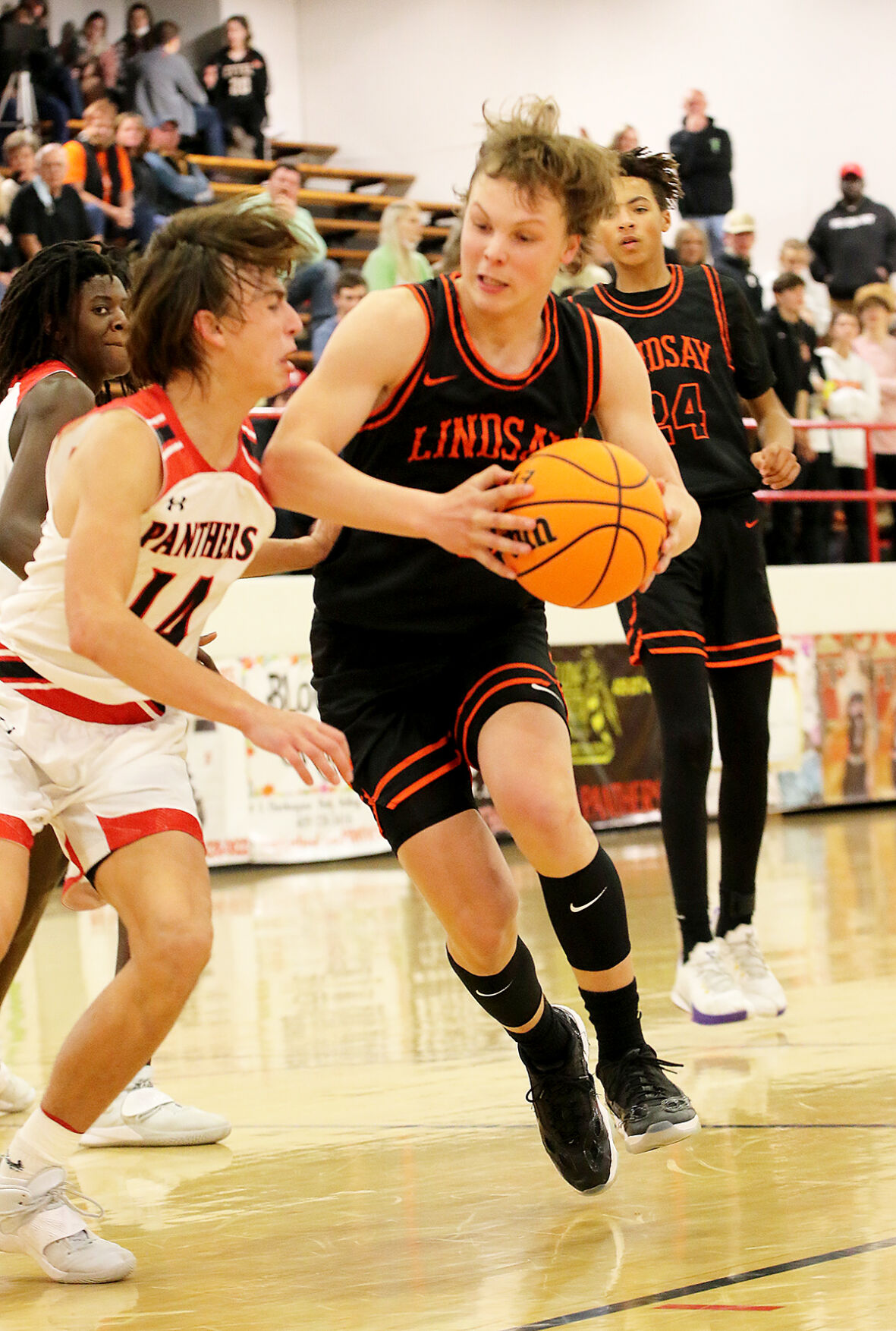 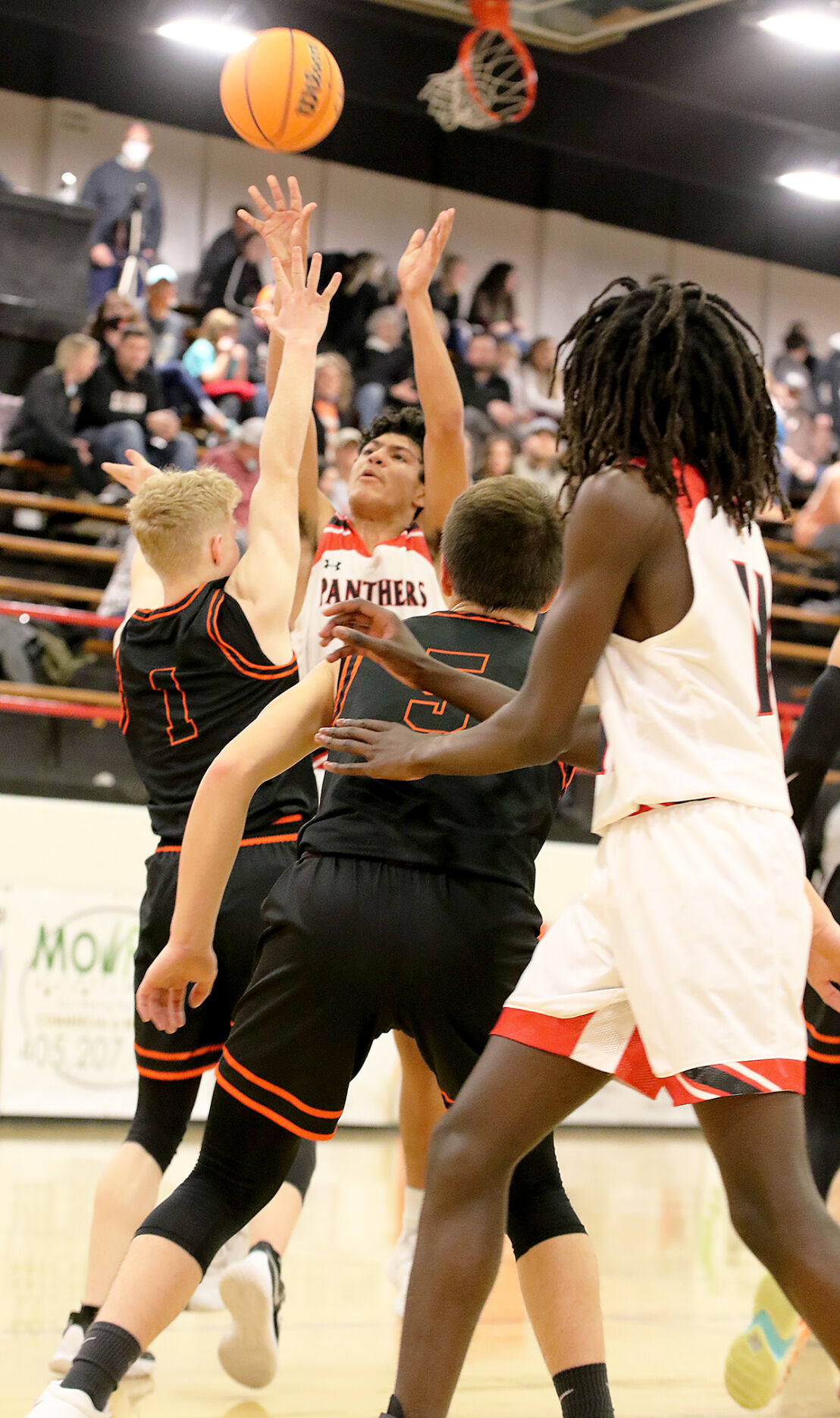 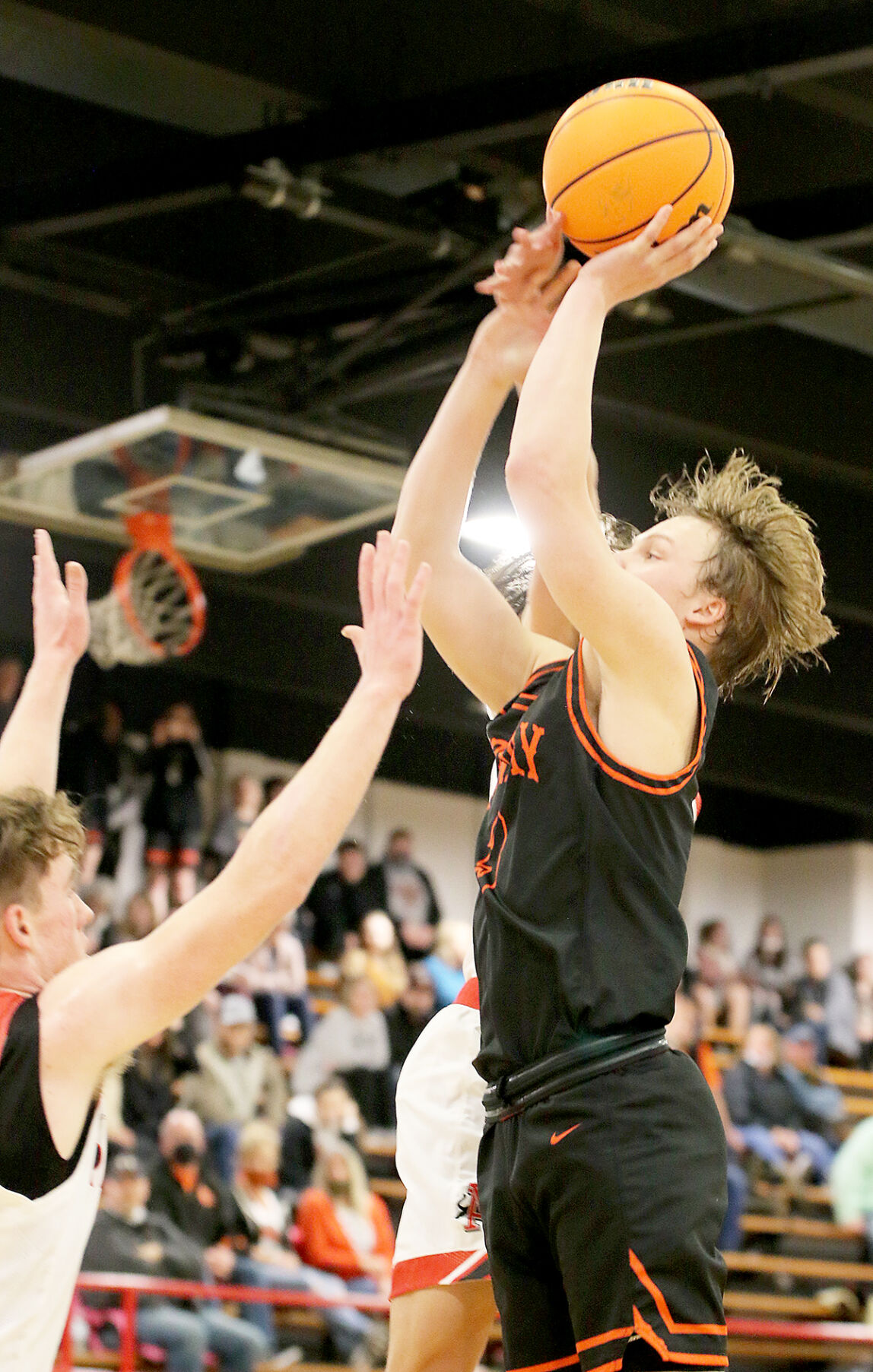 The Pauls Valley Lady Panthers used an 8-0 run early in the second quarter to give them some breathing room and then held on for a 40-28 win Friday night.

Pauls Valley finally got on track late in the quarter and a 3-point bomb by Jazmin Nunez gave PV their first lead of the game with 90 seconds remaining. Kaylee Marcum tied the game at 7 for Lindsay with a free throw near the end of the quarter.

Pauls Valley started off the second quarter with an 8-0 run that could have been more if not for missed free throws. PV was 3-of-9 from the line in the opening 5 minutes and during the run. Lana Rodriguez hit a 3-pointer in the run that gave PV a 15-7 lead.

PV continued to struggle from the line in the quarter but shot a little better in the final two minutes. They went to the line 10 more times in the final minutes hitting five shots as they took a 20-10 lead at the break.

Lindsay came out of the locker room with a mini run led by Perry’s 3-pointer. PV scored 9 straight behind back-to-back three pointers from Sebriana Harper and Emerald Veales and then a traditional 3-point play by Chesney Dudley as PV opened up a 31-15 lead.

The run would extend out to 11-0 after a Harlee Jones basket. Dudley’s 3-pointer at the buzzer gave PV a 30-18 lead heading into the final quarter.

Lindsay started the fourth quarter with back-to-back 3-pointers by Teddie Hooker and Morgan Robinson. Lindsay would outscore PV 10-4 in the quarter cutting the final margin to 12.

Dudley led all scorers with 12 points. Nunez added 6, Jones, Jade Potts and Veales each had 5, Harper and Rodriguez 3 each and Kathryn Chronister 1.

Pauls Valley starts the Atoka Tournament on Thursday while Lindsay is at the Jones Tournament.

Leopards hold off PV for win

The Lindsay Leopoards used an 11-2 run to open up the second half and then held off the Pauls Valley Panthers for a 60-55 win Friday night.

Even though Pauls Valley didn’t have the lead for very long in the first half the game was with two possessions for the first 16 minutes. Lindsay jumped out on top behind back-to-back baskets by Mitchell Henson and didn’t trial in the half until the buzzer when Chasen Jolley hit hit third 3-pointer of the game to give PV a 29-27 lead.

Jolley’s basket to start the second half gave PV their largest lead of the game at four. Lindsay turned that around in a hurry with a 11-2 run led by Kennedy Ryien’s five points. Caleb Ince added four points in the run as Lindsay took a 38-33 lead.

Lindsay would hold the lead the rust of the game despite a late run by the Panthers. The Leopards had a seven-point lead heading into the final quarter and pushed that lead to as many as nine in the fourth quarter.

PV made a push in the fourth quarter cutting the lead to two with 90 seconds to go after a basket by Deacon Davidson. Henson responded with a pair of free throws for Lindsay and Jolley came right back with a basket at the 45 second mark to cut the lead to two again.

Ultimately it came down to the Leopards ability to shoot free throws as PV had to foul to get the ball back and stop the clock.. Lindsay hit 9-of-10 free throws in the final minute to preserve the win.

Pauls Valley starts the Atoka Tournament on Thursday while Lindsay is at the Jones Tournament.

Don Howard Tomlinson of Maysville was born on March 5, 1949 in Red Oak, Oklahoma to Grady and Violet Marie (Ary) Tomlinson. He passed away on Sunday, May 2, 2021 in his home at the age of 72 years.

Marshall Wayne Ward of Pauls Valley was born on July 8, 1955 in Maysville, Oklahoma to William and Ruby (Henderson) Ward. He passed from this life on Thursday, April 22, 2021 in Shawnee, Oklahoma at the age of 65 years.

Eugene Garrett, a resident of Wynnewood, Oklahoma, passed away Friday April 23, 2021 at his home west of Wynnewood at the age of 87 years old.