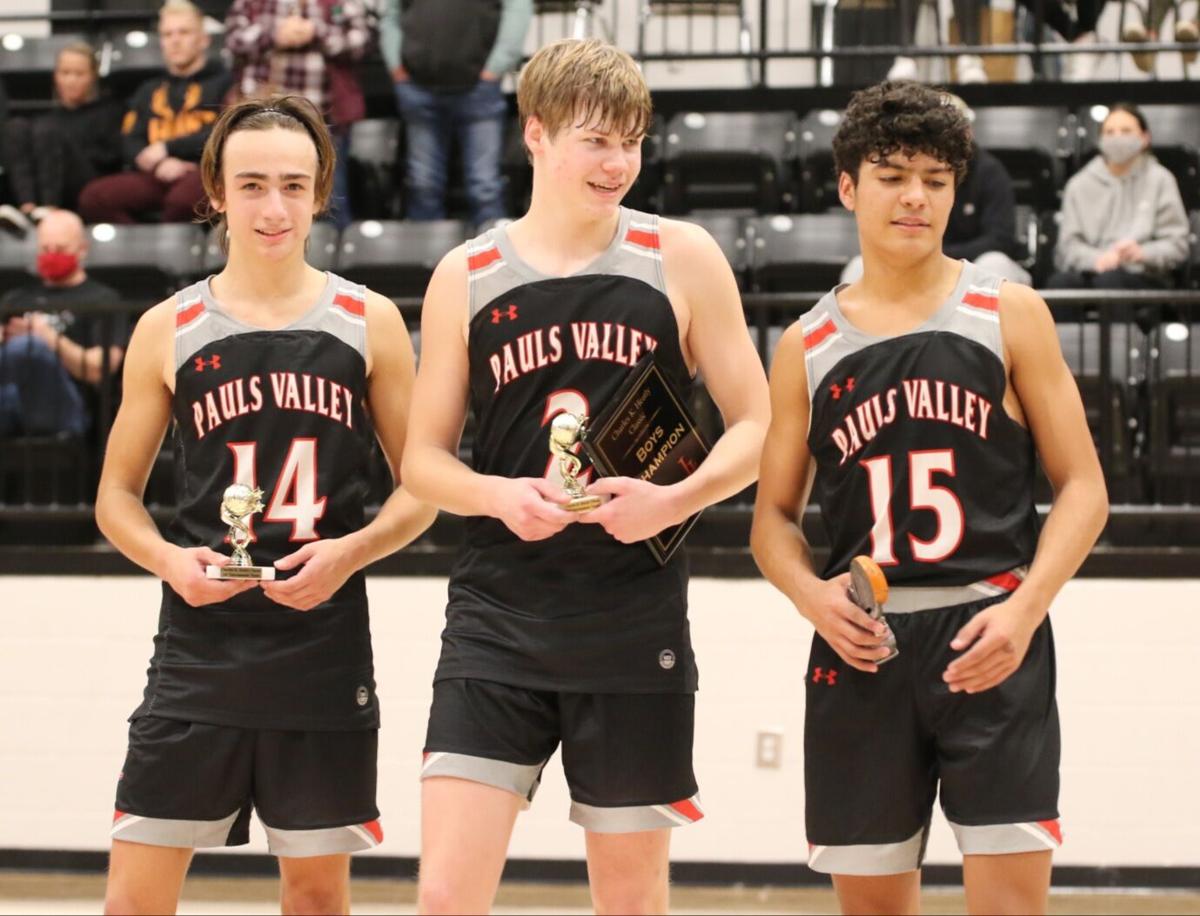 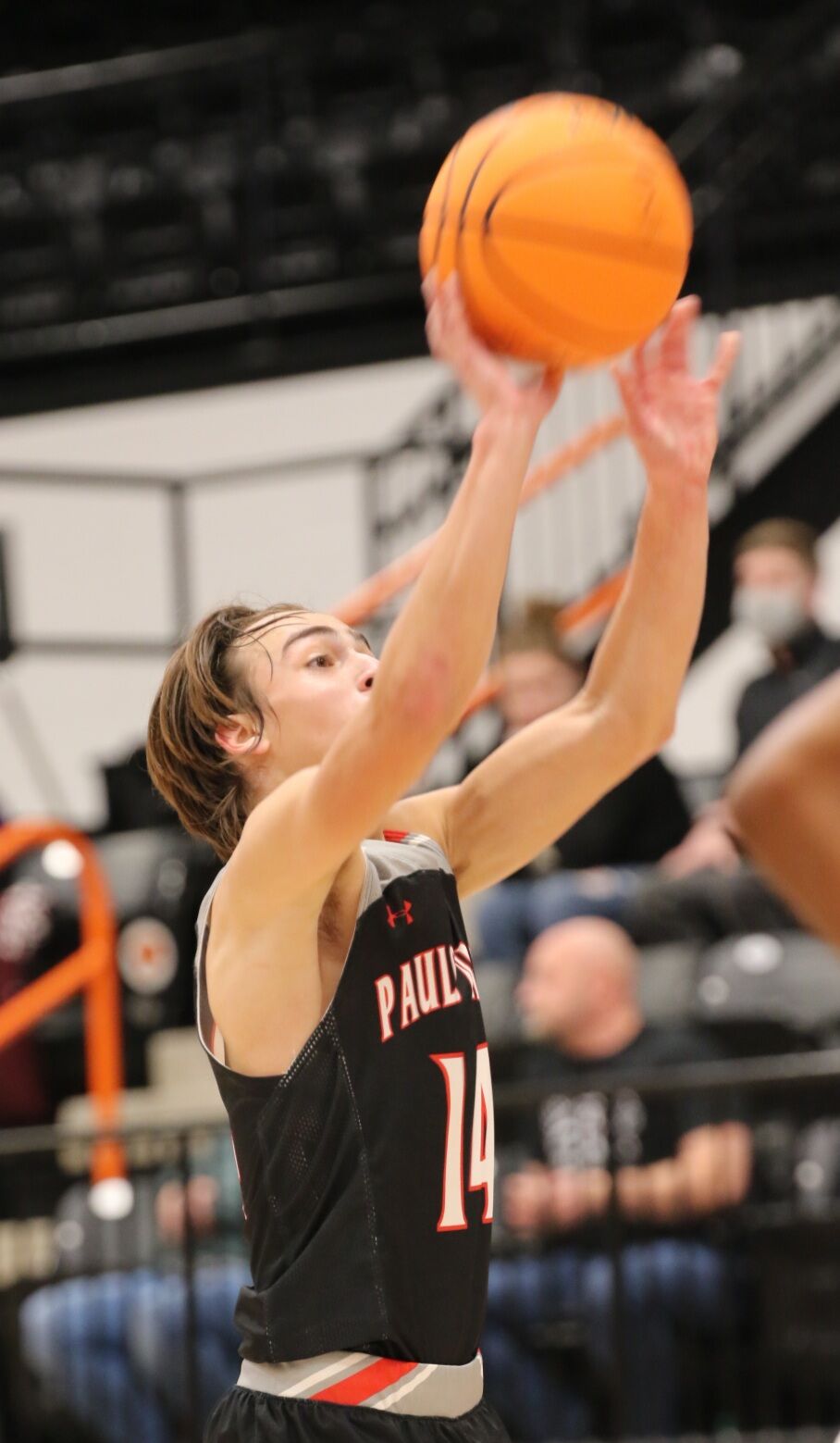 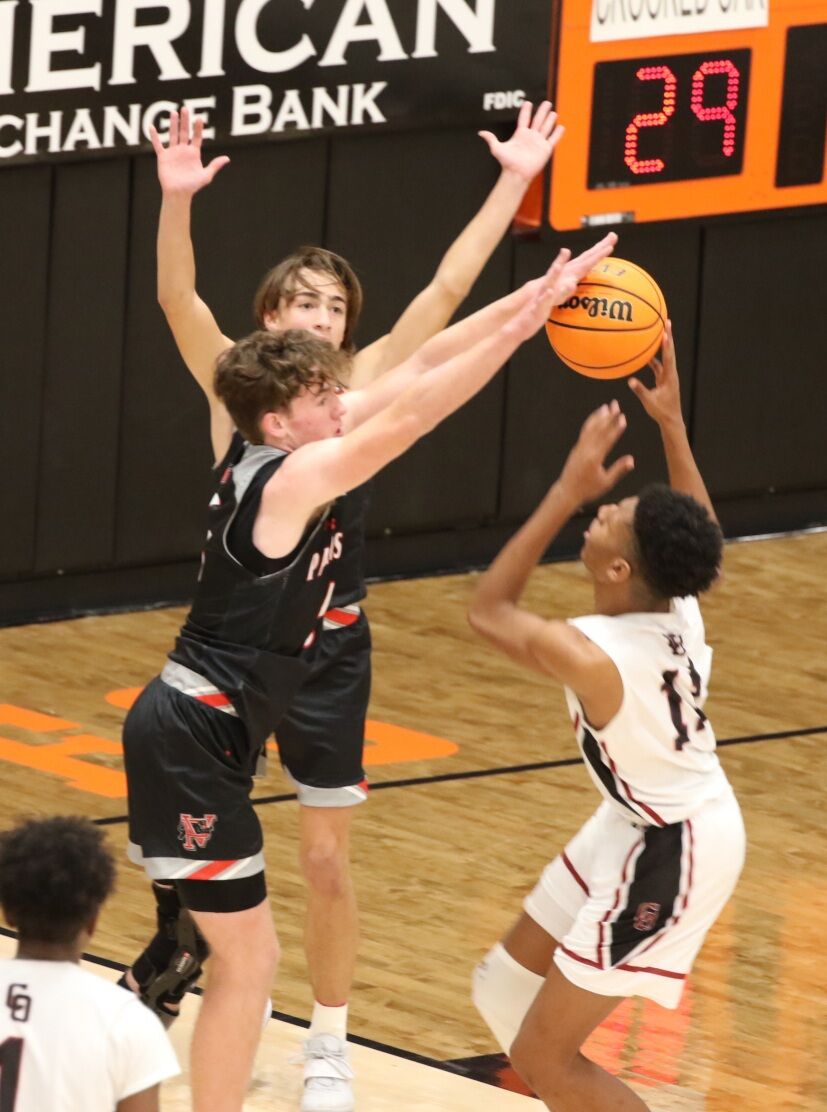 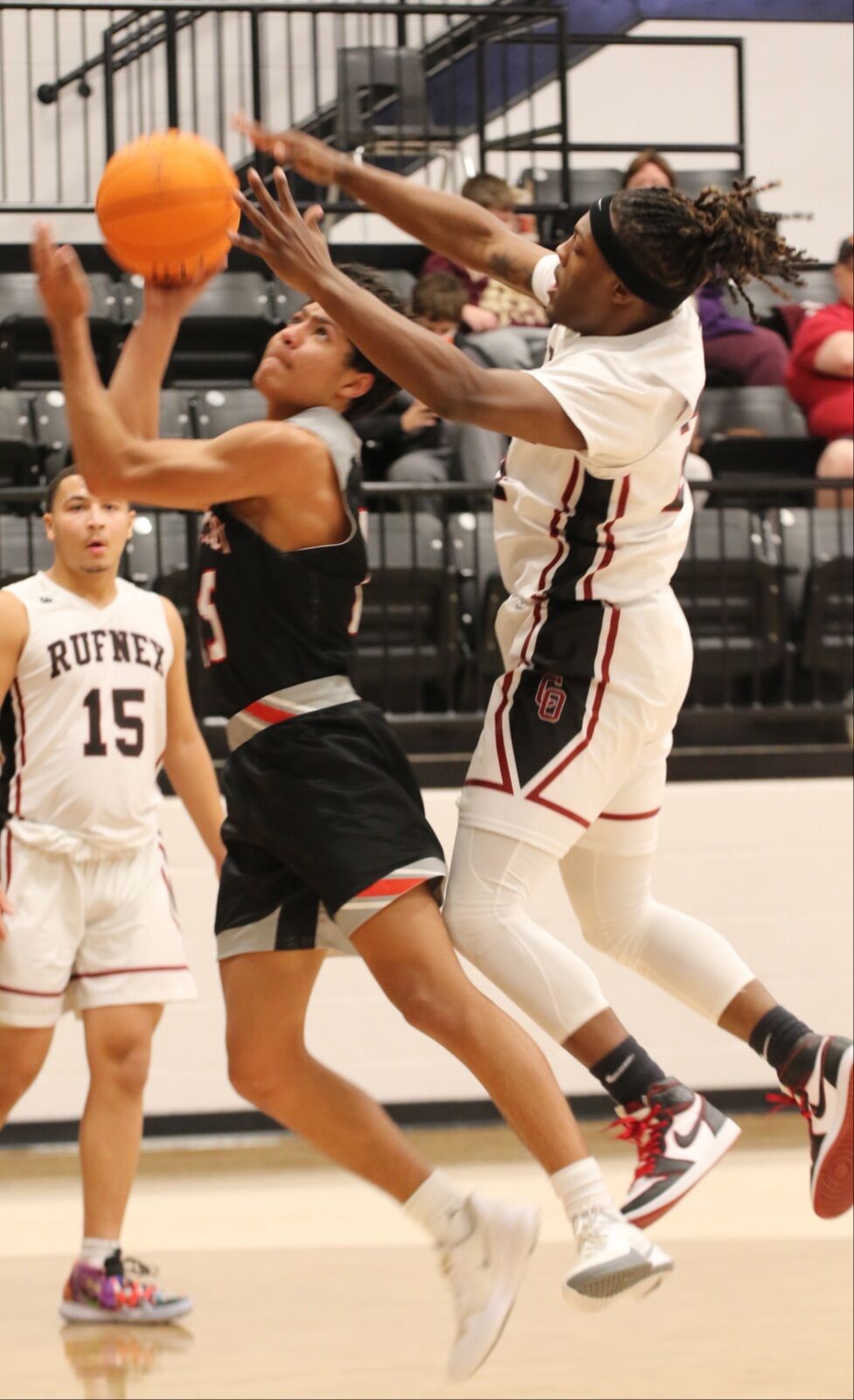 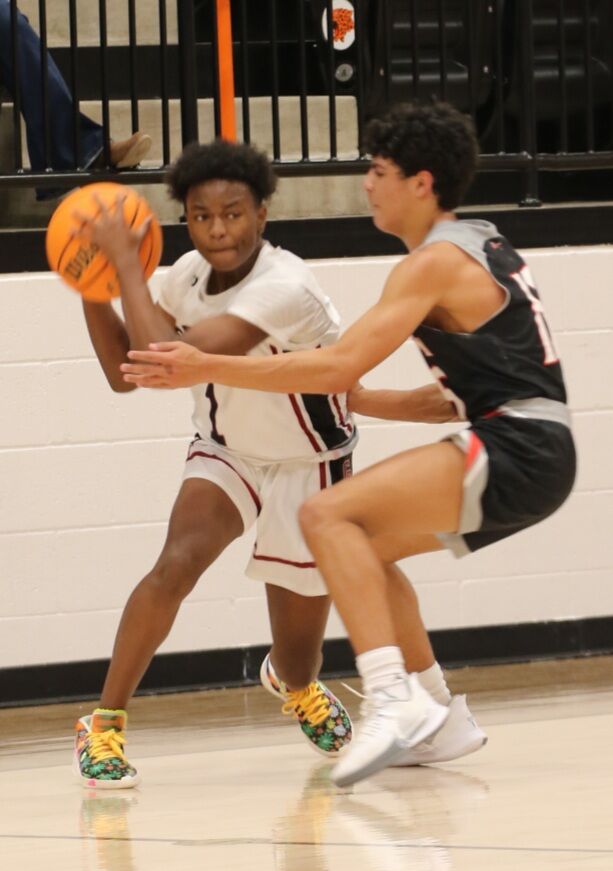 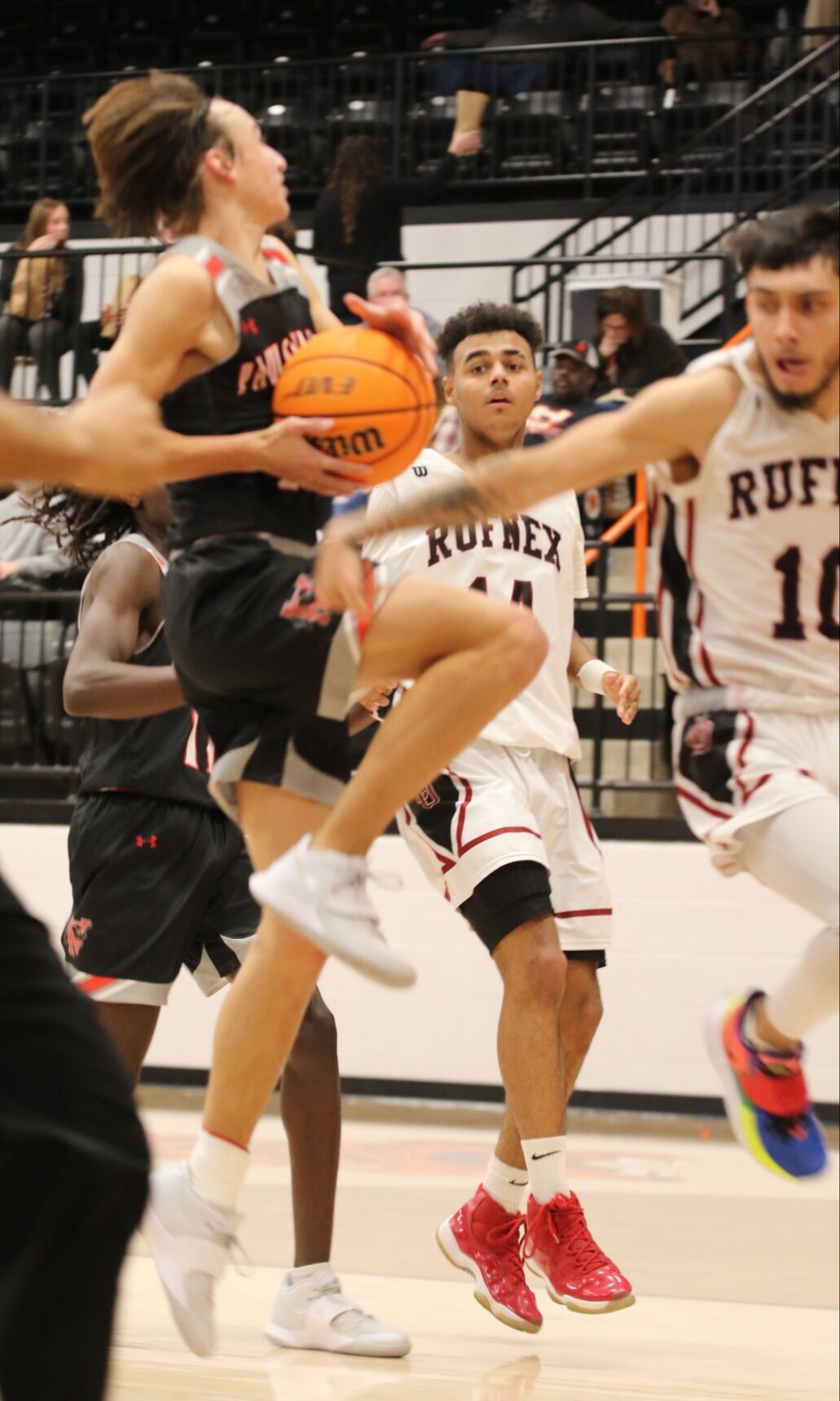 Mason Prince continued play well for the Pauls Valley Panthers. The junior scored 17 points in the championship game of the Charles K. Healty Classic earning him MVP honors in a 63-52 win over Crooked Oak.

Joining Prince were seniors Chasen Jolley and Luke Beddow on the All-Tournament team.

Pauls Valley had their hands full Saturday night against a tough and talented Crooked Oak team that had won 7 games in 9 outings.

The game was back-and-forth over the first 19 minutes. The game was tied on 8 different occasions and there were 10 lead changes. The largest lead by either team in those two-plus quarters was four points, two different times.

Just before the midway point of the third quarter, Jolley and Beddow sparked an 8-0 run with two baskets apiece and that turned into a 12-2 run as PV took a 10-point lead, 41-31. Crooked Oak quickly cut the lead to three with seven straight points, five by Daevion Hill. Bub Chronister answered with a three-pointer giving the Panthers a 44-38 lead heading into the final stanza.

Jolley had a huge fourth quarter both in the scoring department on the glass. He scored 8 points in the quarter and was all over the boards on both ends of the court. Jolley scored back-to-back baskets and Prince in a three pointer in a mini run that gave them an 11-point lead with just under two minutes remaining. PV took their largest lead of the game on a steal and a Prince layup. A late basket by Hill cut the final margin to 11.

Prince and Jolley led the Panthers with 17 points each. Beddow added 12, Deacon Davidson 7, Chronister 6 and Humphrey 4.

Pauls Valley will be back in action on Tuesday as they travel to Washington to face the Warriors.