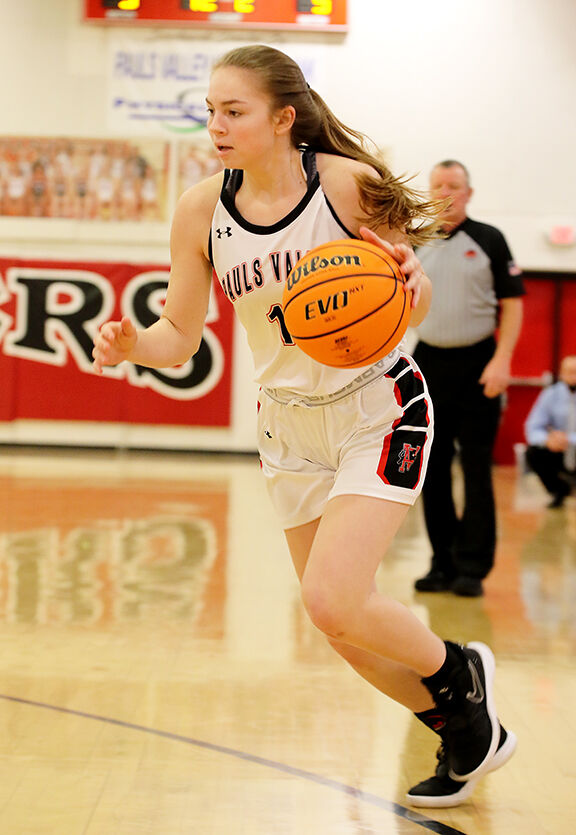 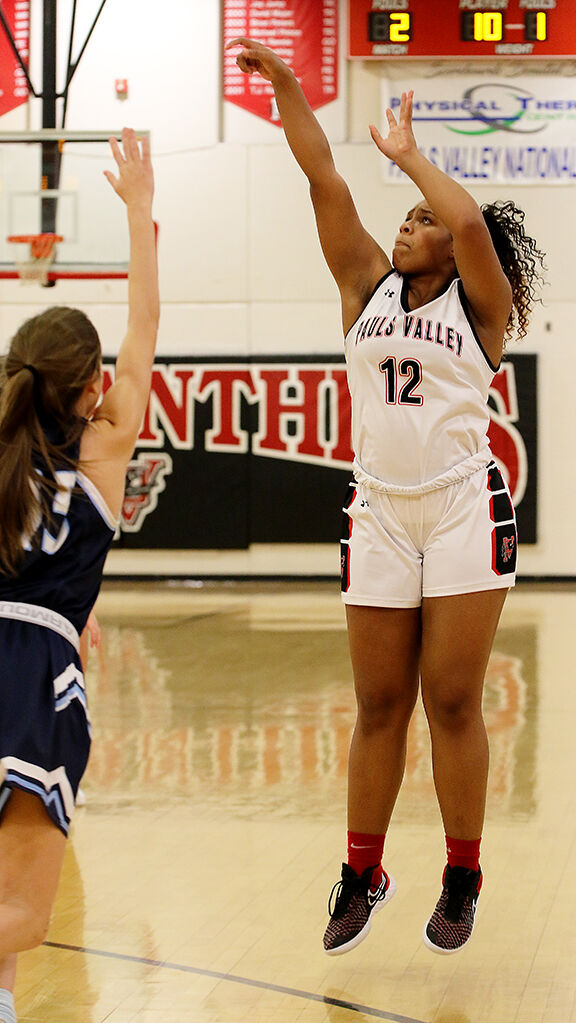 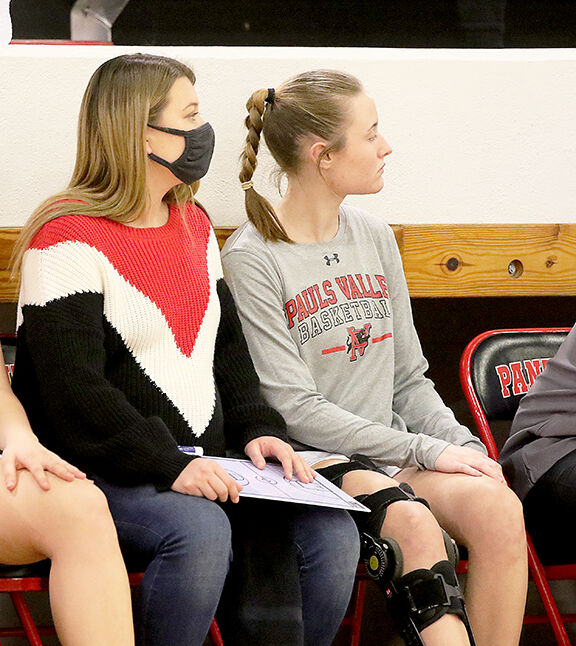 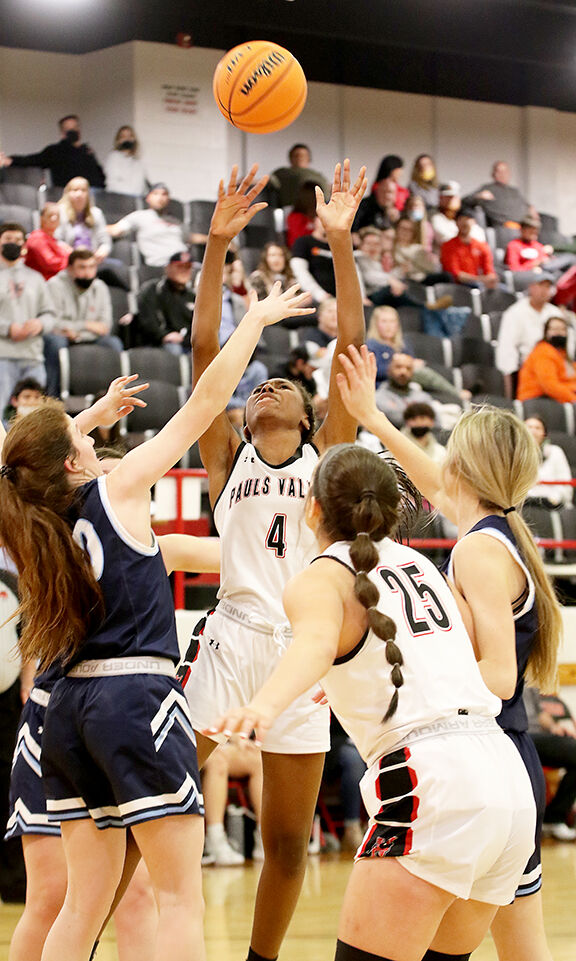 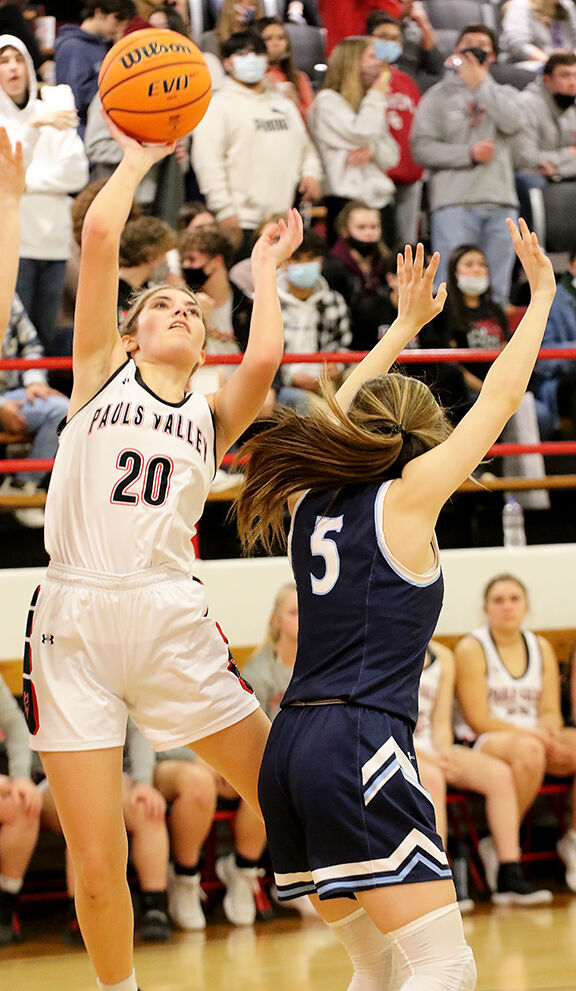 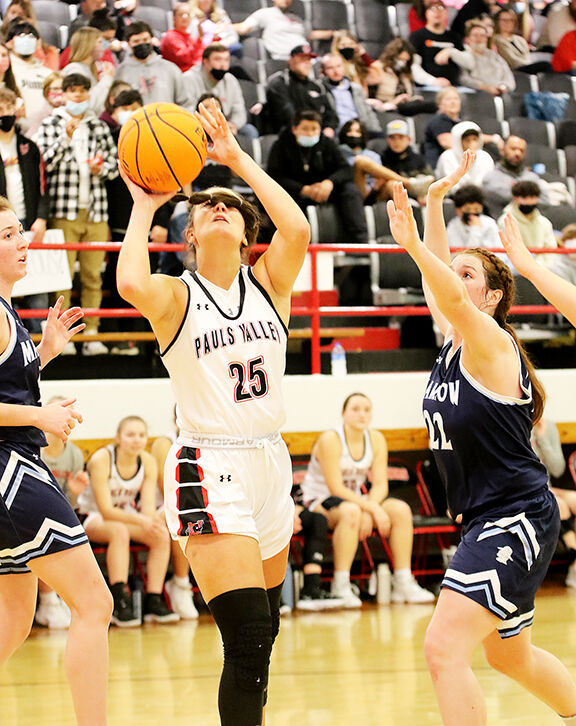 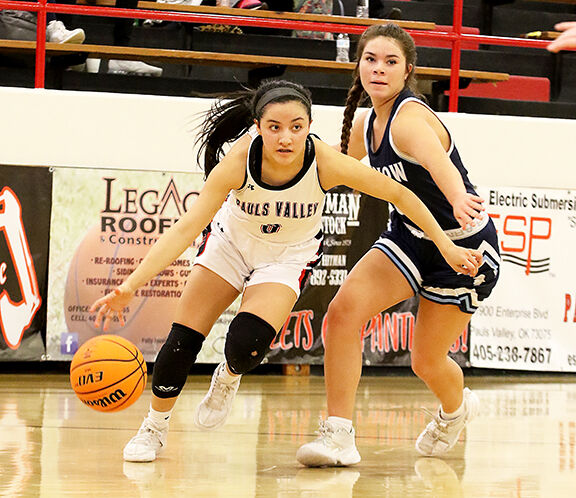 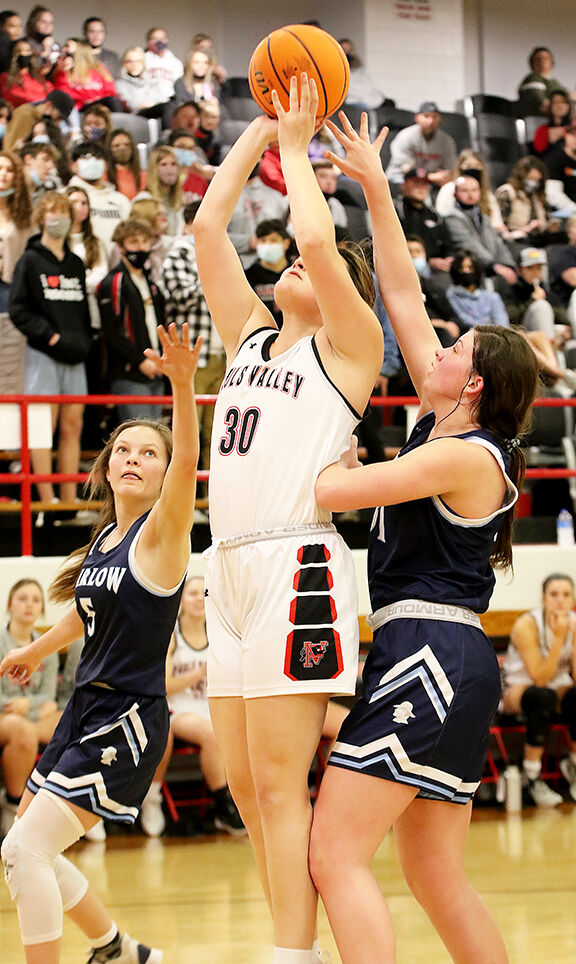 Pauls Valley senior Kathryn Chronister played in her final game as a Lady Panther on Monday as she got on the floor for the tipoff of senior night against Marlow.

Chronister was injured earlier in the year and is out for the season. She went through introductions and got on the court without her crutches for the tip.

After the tip she exited the court to a loud ovation by both the Panther and Marlow fans. Even Marlow coach Kirk Harris came over and gave her a pat during the ovation.

The Pauls Valley Lady Panthers then battled hard for four quarter against the Outlaws but came up on the wrong end of a 51-36 final, their sixth straight loss.

Marlow used a 12-2 run over a five minutes span at the end of the first half and start of the second half to blow open the tight game and cruise to the win.

The game was tight early on but a late surge by the Outlaws game them a 14-9 advantage. PV’s Chesney Dudley had six of her teams nine first half points. Whitney Wade had 11 points in the quarter for Malow and finished with a game high 16 points.

The Lady Panthers opened the second quarter with a 8-3 run that tied the game at 17 with three minutes remaining. Jazmin Nunez and Kylie Idleman both had 3-pointers in the run for PV.

Marlow finished out the first half with a 7-2 run and a 24-19 lead, a lead they wouldn’t relinquish.

Marlow then scored the first five points of the second half for a 30-19 lead.

Dudley hit a 3-pointer to stop the run but Marlow would finished the quarter with another 7-2 jaunt that gave them a 39-26 advantage.

Marlow’s lead stayed in the 13 to 15 point range in the fourth quarter as they went on for a 15-point win.

Besides Wade, Madison Fitzhugh had 12 and Jenna Wade had 11 for the players in double figures for Marlow.

Pauls Valley will be at home on Saturday at 1 p.m. to face Lexington.

Sheryl "Sherry" Jean Jones was born August 26, 1952 in Mineral Wells, Texas, the daughter of Freddy Gene and Charlotte Irene (Webb) Jones. She passed away on Thursday, April 8, 2021 in Oklahoma City at the age of 68, following a brief illness.

Mary June Jones of Maysville was born July 3, 1941 in Story, Oklahoma to Howard and Evelyn Pelfrey. She passed away April 6, 2021 in Maysville, Oklahoma at the age of 79 years.

Mary Lou Brumley of Pauls Valley passed away April 12, 2021 in Oklahoma City, Oklahoma at the age of 88 years.